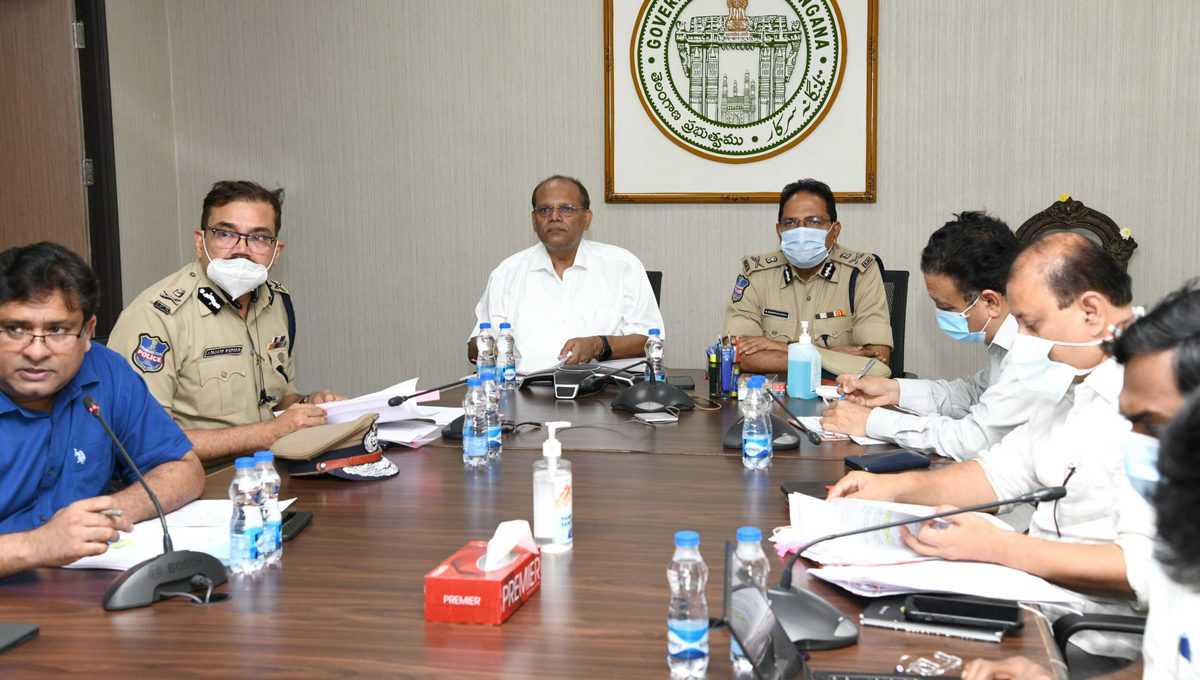 Hyderabad: Owing to the heavy rain forecast and intermittent showers the state it currently witnessing, a meeting was held by Telangana chief secretary Somesh Kumar on Monday to monitor the situation in northern parts of the state. State government officials have been asked to stay vigilant owing to a heavy rain forecast by the Indian Meteorological Department (IMD).

The video conference meeting, held on the directions of chief minister K. Chandrashekar Rao, was held by Kumar and attended by Telangana director general of police Mahender Reddy, to keep track of the weather conditions in the north Telangana districts, or the erstwhile Adilabad, Nizambad, Karimnagar, Warangal and Khammam districts. All collectors and superintendents of police, commissioners and other department officials attended the meeting.

Given the heavy rain forecast by IMD, district and even Hyderabad officials have directed to alert people residing in low lying areas. Kumar also directed electricity department officials to be careful and closely monitor the situation.
The chief secretary instructed all collectors to also conduct teleconferences with other department officials to closely monitor the situation in the districts and take steps wherever necessary.

With active southwest monsoon over Telangana and rains lashing in several areas, the Indian Meteorological Department forecast heavy rains for a couple more days in the state.

In the past two days, heavy rains affected normal life at several places in the state as rain waters flooded low-lying areas and roads affecting the free flow of traffic. During the last 24 hours, the highest rainfall of 176.6 mm was recorded at Dahegaon (Kumuram Bheem).