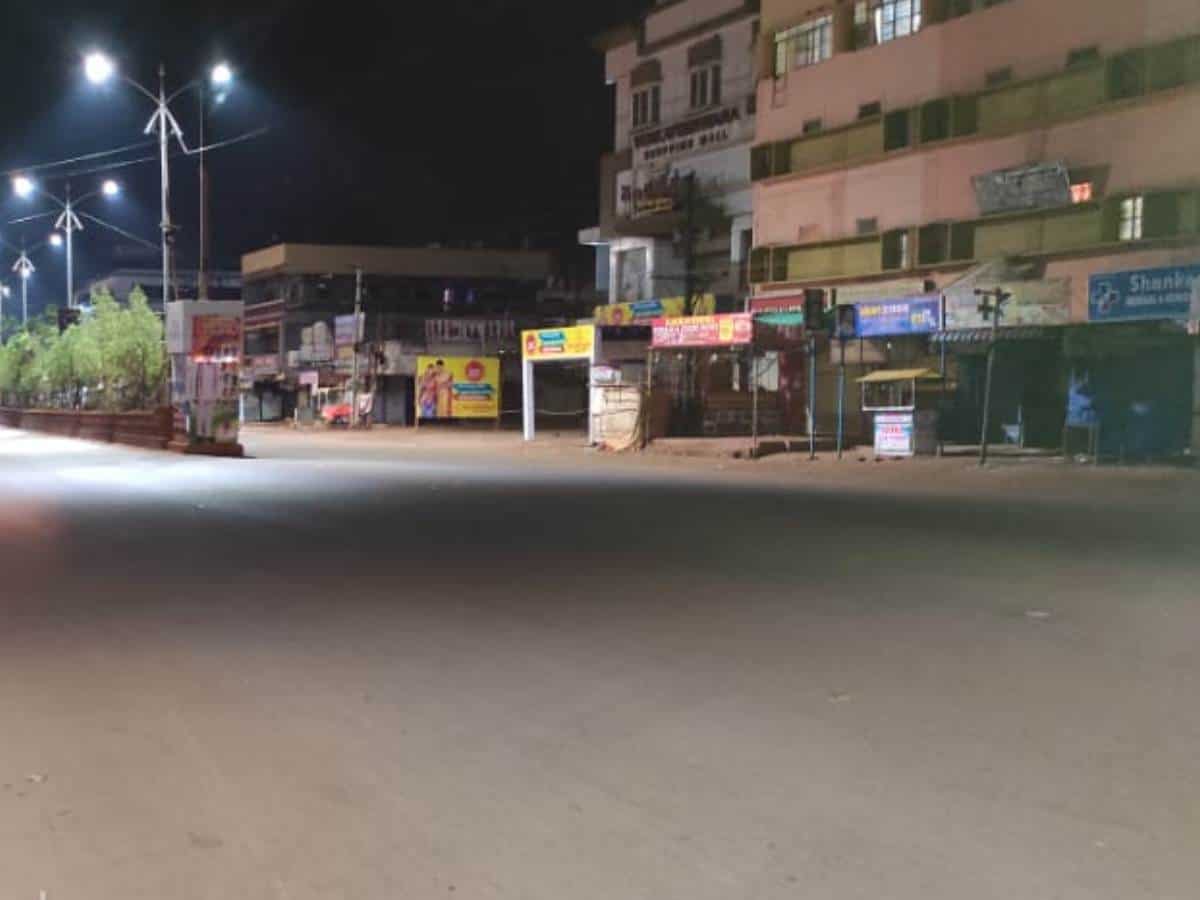 Hyderabad: Roads in Hyderabad and the rest of Telangana wore deserted look on Tuesday night as the night curfew came into force to contain the spread of the COVID-19 pandemic.

The usual hustle bustle on main thoroughfares in Hyderabad was missing while police personnel set up check posts to restrict the movement of people.

Shops and business establishments were closed down at 8 p.m. as per the Government Order (GO) issued earlier in the day while the movement of people was stopped from 9 p.m.

People were seen rushing to their homes hours before the curfew came into force. Hotels, restaurants, pubs, bars and cinema theaters were all shut down at 8 p.m.

Hyderabad Metro Rail also curtailed its services in view of the night curfew. It operated the last train at 7.45 p.m.

Director General of Police M. Mahender Reddy appealed to people to cooperate with the police in enforcement of the night curfew. He also advised police personnel not to behave rudely with the citizens.

Majlis-e-Ittehadul Muslimeen (MIM) President and Hyderabad MP Asaduddin Owaisi has appealed to the state government to enforce night curfew from 10 p.m. instead of 9 p.m. so that people can make their way back home after work. He also demanded that milk and other staple food items are included in the list of exempted services.