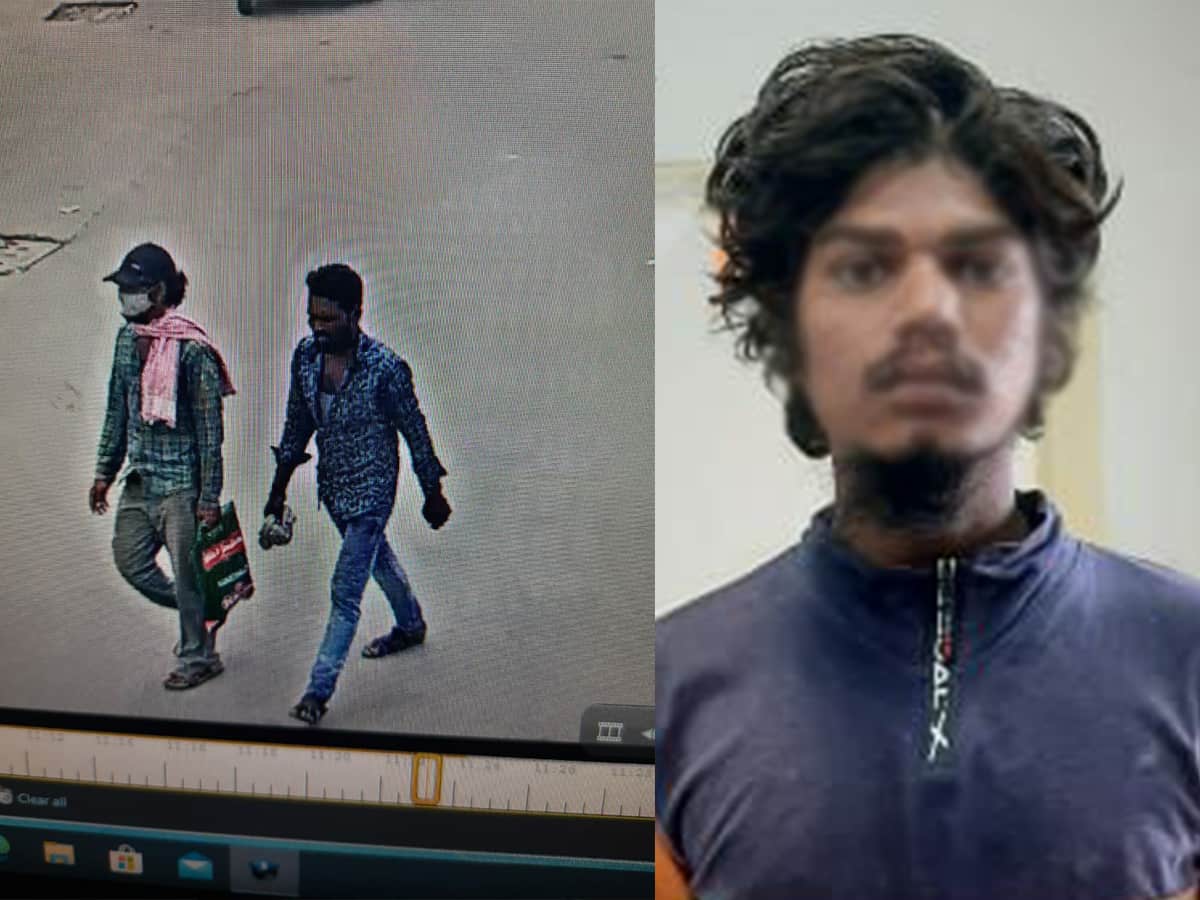 Hyderabad: Hyderabad police on Tuesday announced a Rs 10 lakh reward for any information leading to arrest of the accused in rape and murder of a six-year-old girl.

The police also released a photograph of the accused, aged about 30 years.

According to a statement released by the police, Raju is approximately 5.9 feet tall and has long hair, tied with a rubber band. He is wearing a cap and red scarf around his neck.

The accused has tattoos on his both hands reading ‘Mounika’. According to police, he has a beard on his chin and is in formal trousers and a shirt. He is used to taking alcohol and sleeping at pavements and bus stands.

The child was sexually assaulted and murdered on September 9 by Raju who happens to be her neighbour in Saidabad.

The body of the girl, who was missing since 5 p.m. Thursday, was found in the house of her neighbor after midnight.

The horrific incident had triggered angry protest from residents on Friday. They staged sit-in for seven hours on Champapet-Sagar Road, demanding immediate and harshest punishment to the guilty. Some of the protestors also demanded that the guilty be killed in an “encounter”.

Initially, the police sources had claimed that accused was arrested from his native village in Yadadri Bhuvanagiri district. However, a senior official clarified that the accused is still at large. The police commissioner said despite serious efforts, the accused remained at large.

Fifteen special police teams of the commissioner’ task force are said to be on the lookout for the fugitive.

Police have succeeded in securing a CCTV footage from Falaknuma that shows the accused wearing a cap and face mask, while moving along with another person.

A Telangana state minister on Tuesday also sparked a row with a statement that the guilty will be killed in an “encounter”. Labour Minister Malla Reddy made the sensational comment a day after state Congress chief Revanth Reddy made a similar demand.

“We will definitely arrest him and will do an encounter,” Malla Reddy told reporters on the sidelines of an event in Hyderabad.