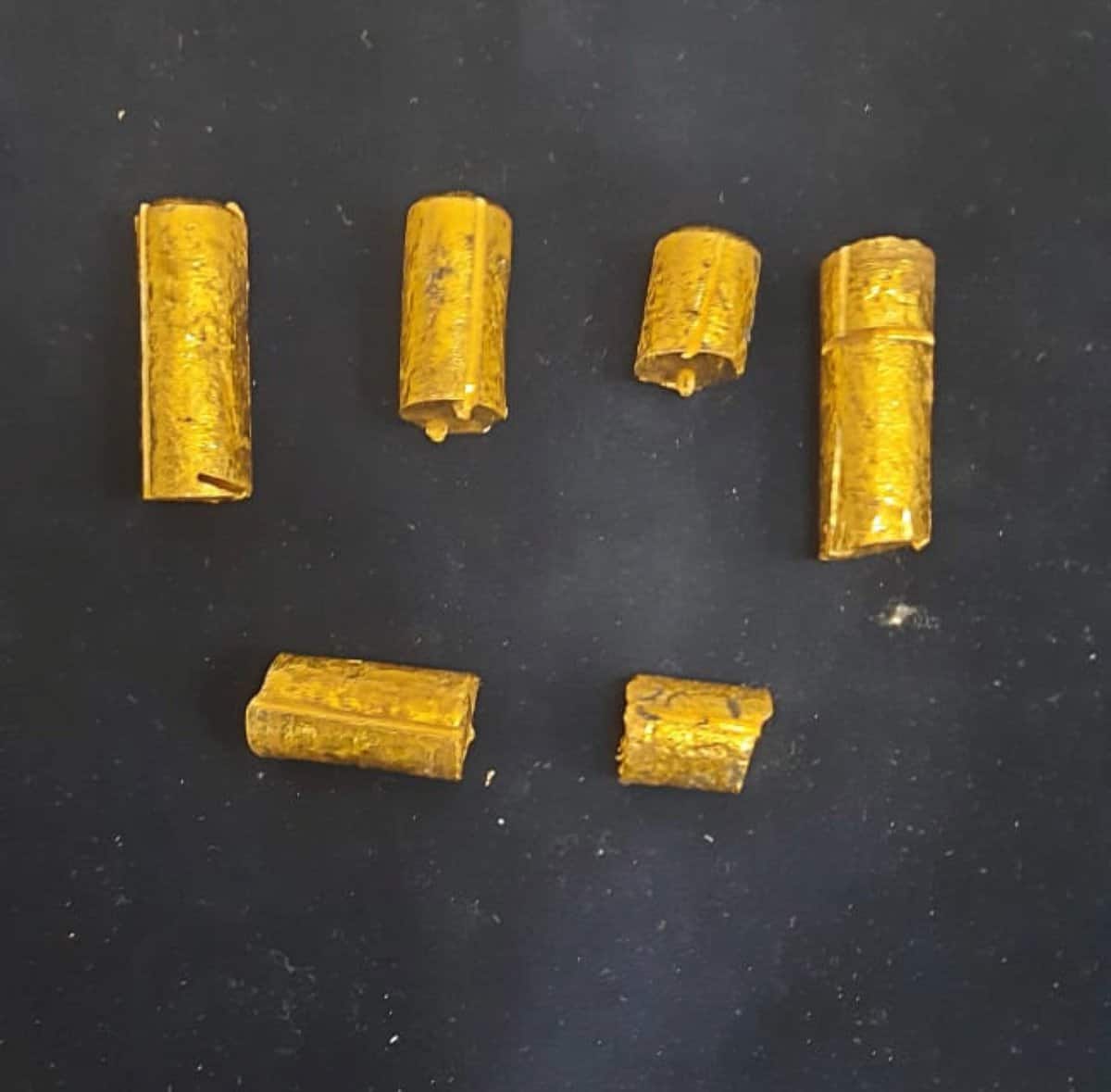 Hyderabad: The customs officials at the Rajiv Gandhi International Airport (RGIA) in Hyderabad have seized gold concealed inside a hand pressure juicer.

The officials on November 13 booked a case against a male passenger for smuggling gold of 671.9 grams. He flew in a flight AI952 from Dubai to Hyderabad and the gold extracted from the juicer is worth Rs 34 lakh.

The customs officials seized the gold and took the accused into custody and are further investigating the case. According to customs officials, based on a tip, officials intercepted the passenger and questioned him. Later during the search, they found a juicer in his baggage. On further questioning, he admitted to smuggling gold, which was later extracted by cutting the machine.