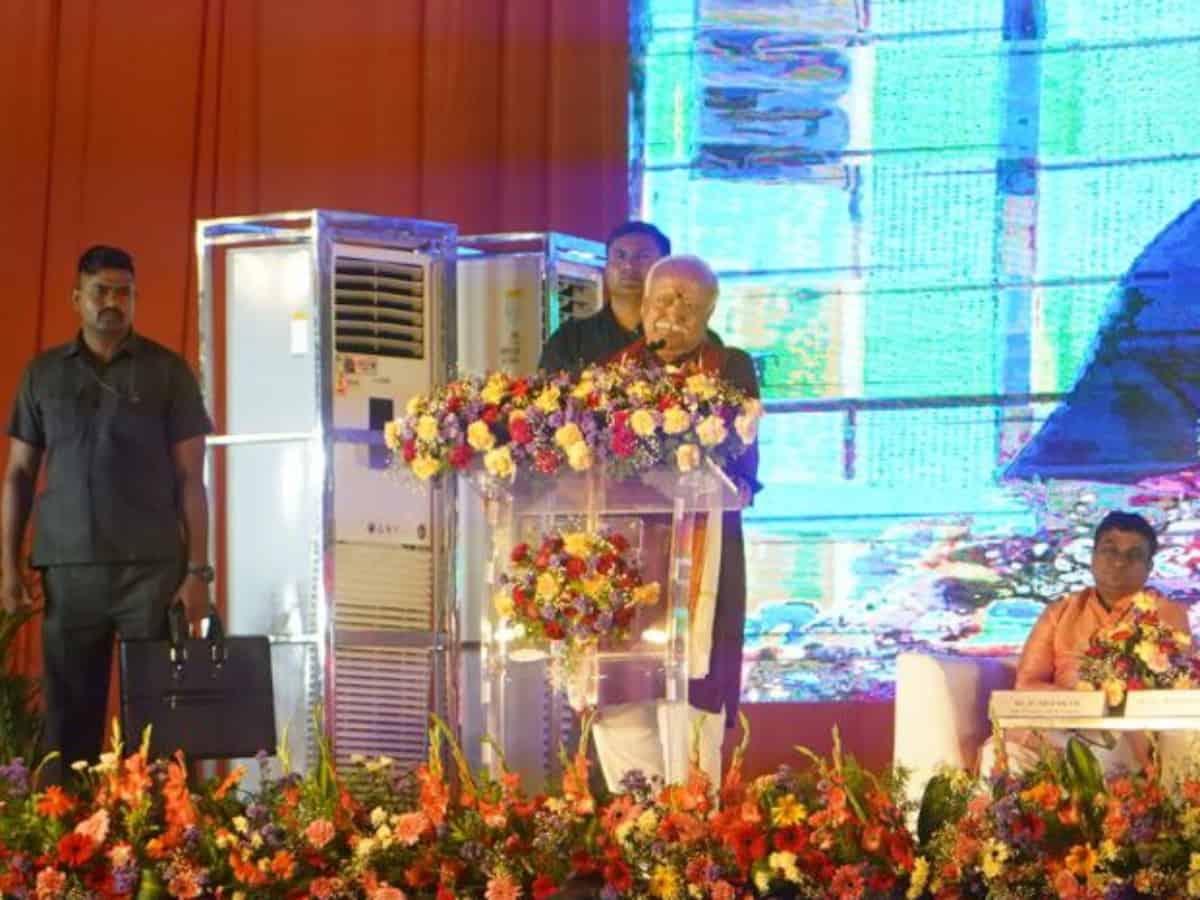 Hyderabad: The Rashtriya Swayamsevak Sangh chief Mohan Bhagwat on Thursday said that the student bodies have always been at the forefront in Telangana.

“There are people who think that they are the only ones who are right, and everyone else is wrong. When it goes against them, they will try their hardest to repress the truth and justice. But the truth does not die through violence,” said Bhagwat.

He said that RSS workers have sacrificed a lot and it is because of their dedication that we are able to establish an institution.

“I’ve been in touch with the ABVP cadre of Telangana. I’ve noticed the fight you’ve been putting up in the state despite all odds. The inauguration of this building here denotes the fact that the movement is on a positive high right now,” he said.

He cautioned student workers saying that if they are not careful during this time, when the RSS is witnessing a surge in popularity, the popularity itself can become an obstacle in the future.

“For us, success is not the destination but it is the journey,” he said.