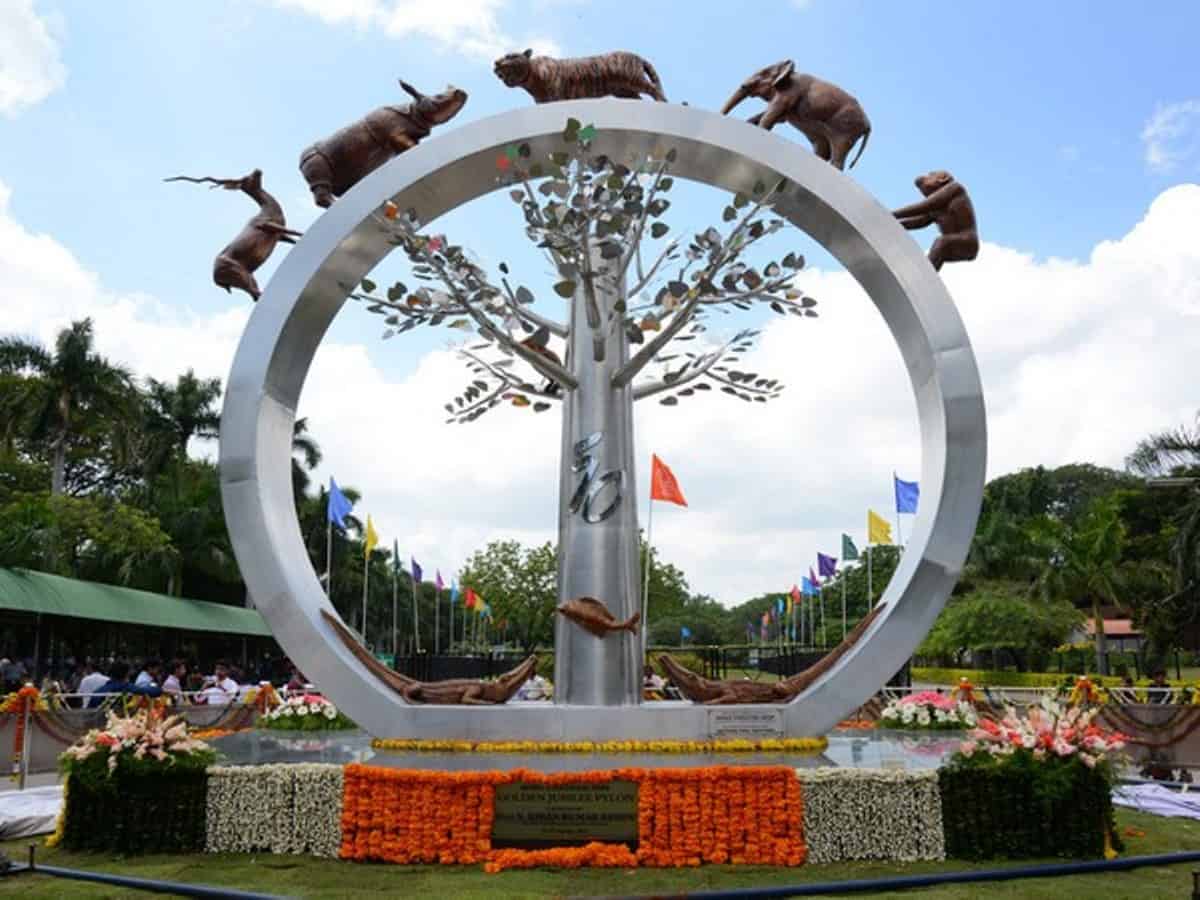 Hyderabad: The Safari Park in Hyderabad’s Nehru Zoological Park is flooded after water from the Mir Alam Tank entered the premises, Zoo officials said on Tuesday.

Following heavy rains during the last five days, water level rose into the tank and abutting Nehru Zoological Park (NZP) and overflowed into the weir, which passes through the Zoo. This led to inundation of the Safari Park area.

NZP curator said that all the animals of the safari park are in their night enclosure, safe and in good health.

A veterinary team is keeping constant vigil on the health of the wild animals.

Following the inundation of the Safari Park, the Zoo authorities announced its closure for the public. However, the remaining Zoo will be open to the public as usual from 8.30 a.m. to 4.30 p.m.

The Safari Park has been getting inundated every year. Last year, the Zoo officials had discussed the issue with the officials of the Irrigation Department and the Greater Hyderabad Municipal Corporation (GHMC) to find a permanent solution to flooding by diverting the excess water so that it does not enter the Zoo.

Following heavy rains in 2019 and the floods in 2020, water from the Mir Alam Tank had also entered the Zoo.

Spread over 300 acres, the Zoo is home to nearly 181 indigenous and exotic species, including 1,716 animals, birds, and reptiles.

Known as one of the best zoos in Asia, it attracts around 30 lakh visitors annually.