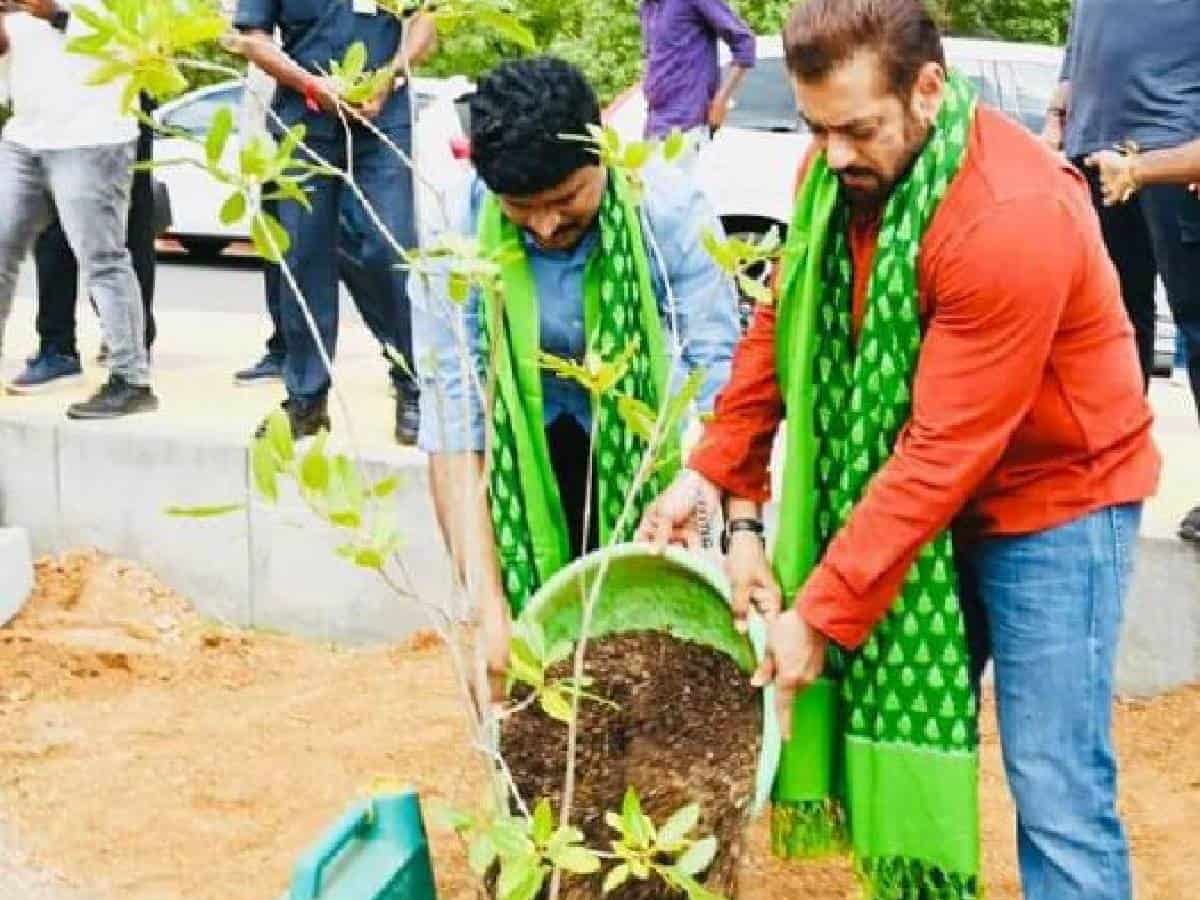 Speaking on the occasion, Salman Khan reminded everyone about the importance of trees and requested everyone to take up the responsibility of planting trees. He said, “Sad to see so many people dying in this country right before our eyes due to untimely rains, floods, and disasters. Planting trees is the only way to stop the disasters caused by climate change. Joginipalli Santosh Kumar has paved paths through this initiative.”

He further added that the future of the planet can be saved if everyone continues to plant trees and requested his fans to join the Green India Challenge 5.0 and plant saplings vigorously.

Joginipalli Santosh Kumar also spoke on the occasion and thanked Salman Khan for participating in the challenge and inspiring his fans to do the same.

For the unversed, Bollywood superstar Salman Khan is currently in Hyderabad for the shoot of his upcoming film ‘Kabhi Eid Kabhi Diwali’ (now changed to Bhaijaan) and has been making a lot of buzz among Hyderabadi fans. According to multiple reports, he has been staying and shooting in Ramoji Film City along with Prabhas, Pooja Hegde, and Shehnaaz Gill.