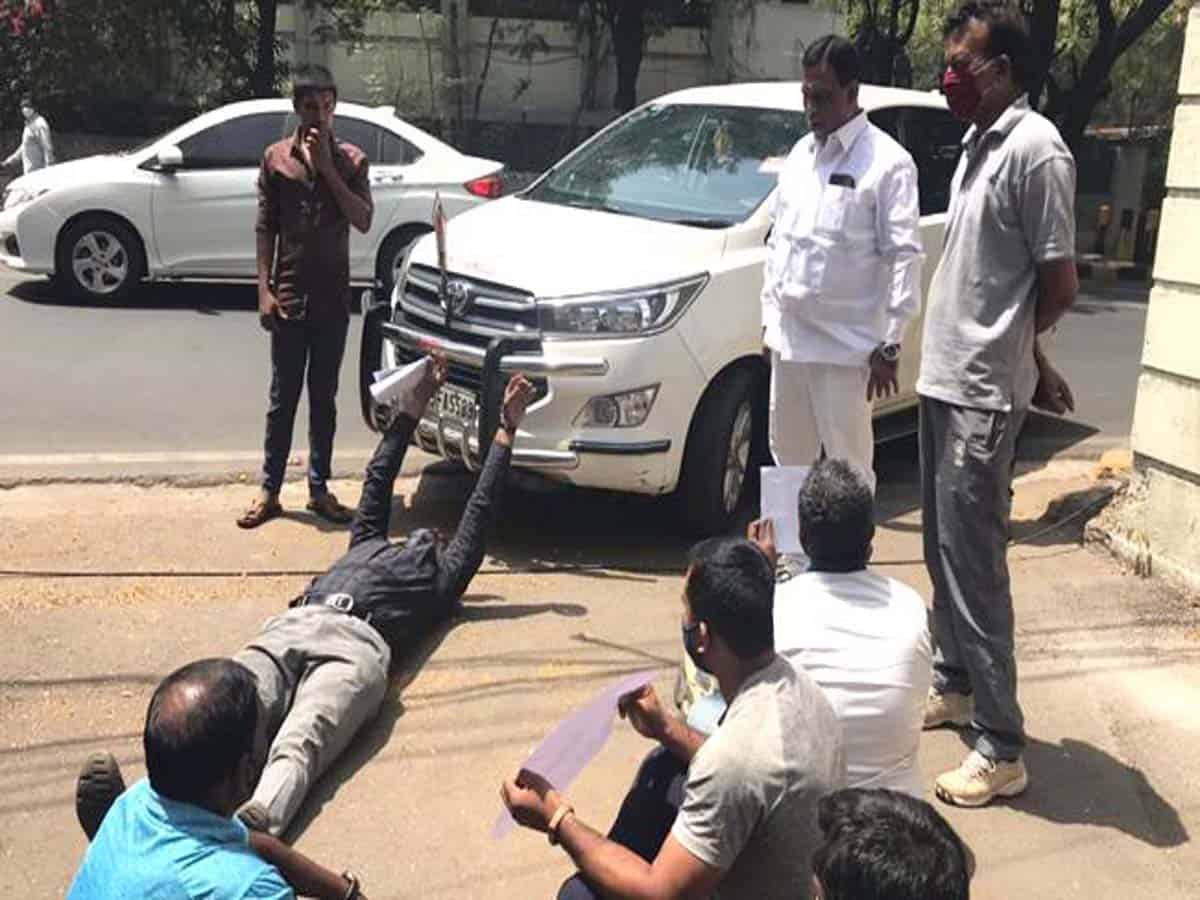 Hyderabad: The contract coaches of Sports Authority of Telangana State (SATS) today held a flash protest program before the headquarters of the authority at LB Stadium.

They said that although they had been working as the contract coaches since the last 27 years, the authority had not regularised their services so far.

They said that their dreams to have a transformed life after the formation of separate Telangana state had been shattered due to the attitude of the state government.

They alleged that they were not getting salaries on time. The leader of the coaches Ravi Shankar said that they had been rendering their services since 1993 and added that they had produced 30 percent of national wrestlers so far. He urged the state government to fulfill their demands at the earliest .