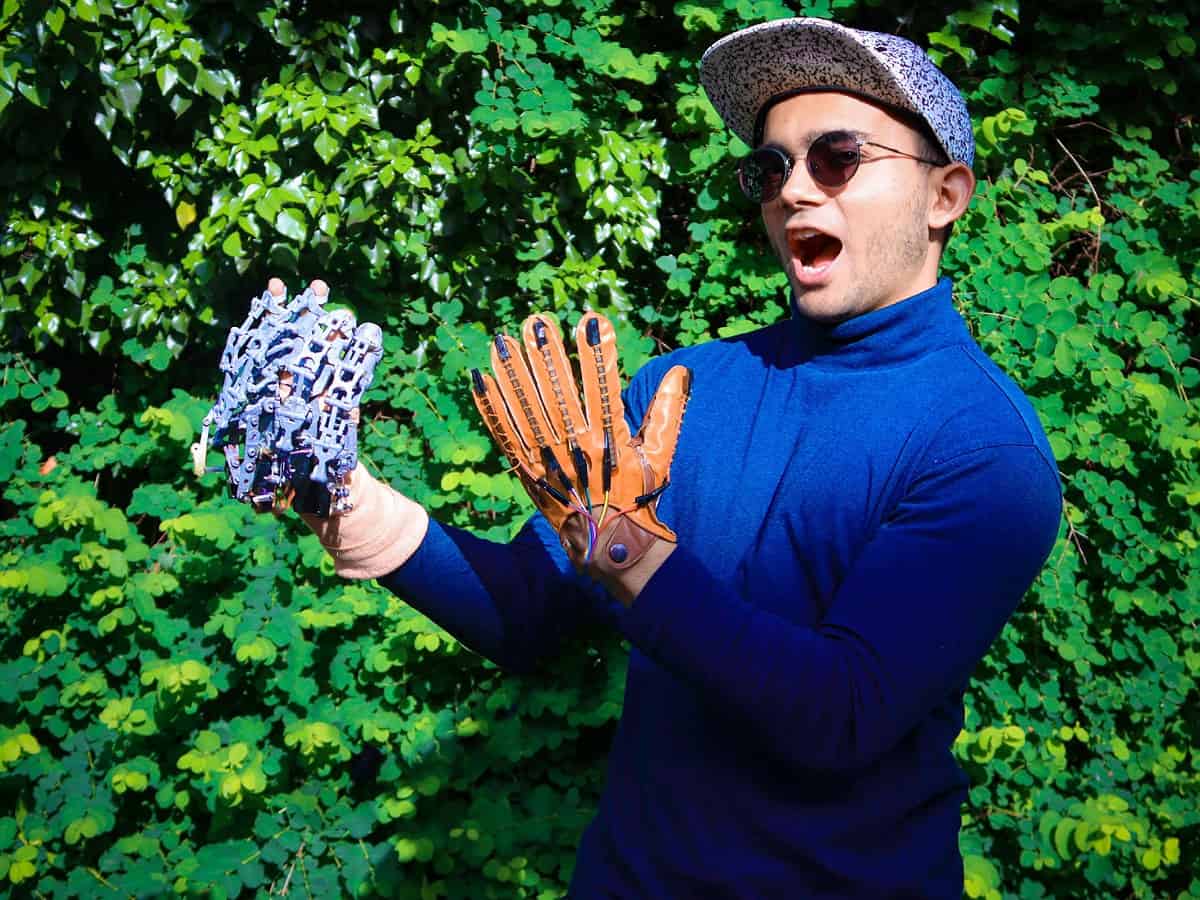 Hyderabad: A 21-year-old Saudi Arabia based Hyderabad man and founder of V-Bionic along with his team has bagged the first place in Microsoft’s 2022 Imagine Cup World Championship.

V-Bionic, led by Zain Ahmed Samdani, won for ExoHeal, a modular exoskeletal hand rehabilitation device that utilizes neuroplasticity and Azure technology to help patients with neurological damage recover faster, at a fraction of the price of other options.

It is reported that the 20th Microsoft Imagine Cup has attracted tens of thousands of students from more than 160 regions.

On March 31, 2022, V-Bionic competed in the Global Finals with the top 16 teams from the Europe, Middle East and Africa (EMEA) region. There, they took first place in both the Health and General Ranking category and qualified for the World Championships in Seattle, USA. In the finals, they competed against two teams from the Americas and Asia, taking first place after a pitch and question-and-answer session.

The ExoHeal glove is a mechanical exoskeleton that can be worn by patients with nerve damage leading to hand movement problems.

Early tests show that the glove can help patients recover faster. Although there is still a lot of work in the medical device certification process, they are working on their final clinical trials this year.

It is worth noting that although Zain is still a student, he has been deeply involved in robotics research and development for many years. On the other hand, the rest of the team members are still in the early stages of their careers in the interest of the industry.

Zain was born in Hyderabad, India and brought up in Saudi Arabia. He’s now studying robotics and Intelligent systems at Jacobs University, Germany.

During a family vacation in 2015, Zain met his distant maternal uncle for the first time. Zain was shocked to see him partially paralysed due to a stroke; he could barely respond and was unable to even lift a spoon.

Speaking about the Exoheal, Zain over a phone call with Siasat.com said, “After using ExoHeal’s therapy, patients felt sensations in their paralyzed hand on the very first day! Weeks or months faster than traditional therapyqa.”

“This achievement is a huge step in realizing our vision to help paralyzed patients have affordable, faster and accessiblae rehabilition.”

Zain’s interest in Robotics began when he was 5-year-old seeing his mother tirelessly taking care of household chores, having no leisure time for herself the spark to build a robot that could help her ignited in his mind. His mother since then dubbed him as her “little scientist” and kept him motivated. His father was a genuine help and encouraged him for his projects in robotics when he built a 3D printed prosthesis for amputees and later the Robotic 3D printed Exoskeletons.

“My parents have been the backbone for all of my entrepreneurial endorse and change making efforts. If it weren’t for their support I wouldn’t be where I am today,” Zain told Siasat.com.

He further added, I am grateful to Almighty Allah for this achievement and I cannot thank enough all the family and friends who were my supporters and the honorable International platforms who encouraged me today like they did for my other achievements.