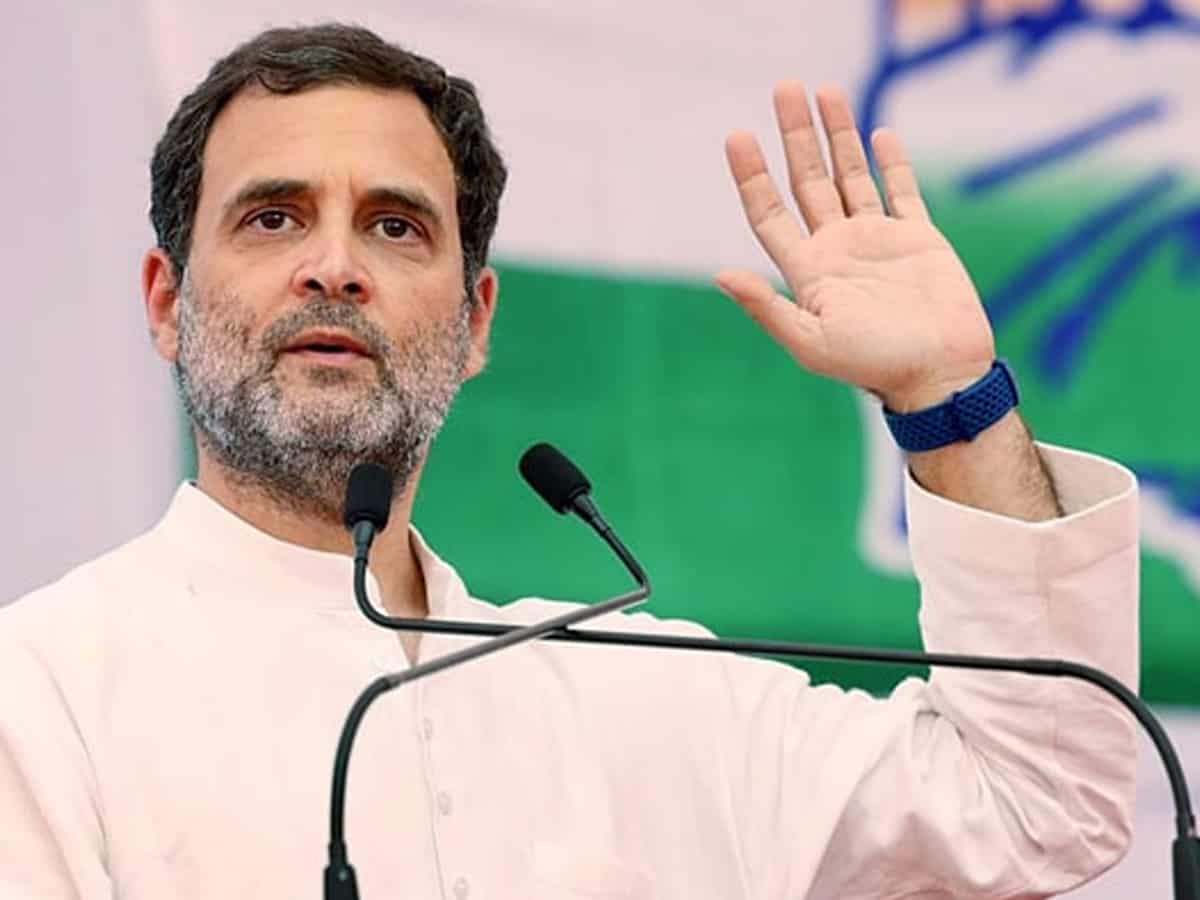 Hyderabad: The schedule of Congress MP Rahul Gandhi’s visit to Telangana has been finalised.

Rahul Gandhi will arrive at Shamshabad Airport on May 6 at 4 pm. From there, he will fly to Warangal from Shamshabad by helicopter.

Gandhi will then participate in two events organised by the Warangal Raitu Sangharshana Sabha. A meeting will be held with Rahul and other key leaders. Another meeting will be a platform for families of deceased farmers. He will address the gathering at 7pm.

After the meeting, Gandhi will be travelling to Hyderabad by road. He will be staying at the Kohinoor Hotel near Durgam Cheruvu.

Gandhi will have a breakfast with the senior Congress leaders on the morning of the 7th, after which he will pay tributes to former CM Damodaram Sanjeevaiah on his 50th death anniversary at Sanjeevaiah park in Khairatabad.

Later, he will hold a meeting with 200 leaders at Gandhi Bhavan and participate in a photo session with Digital Membership Enrollers. Post that, he will attend a lunch meeting with the families of Telangana martyrs.

Rahul Gandhi will leave for Delhi on May 7 at 4 pm.