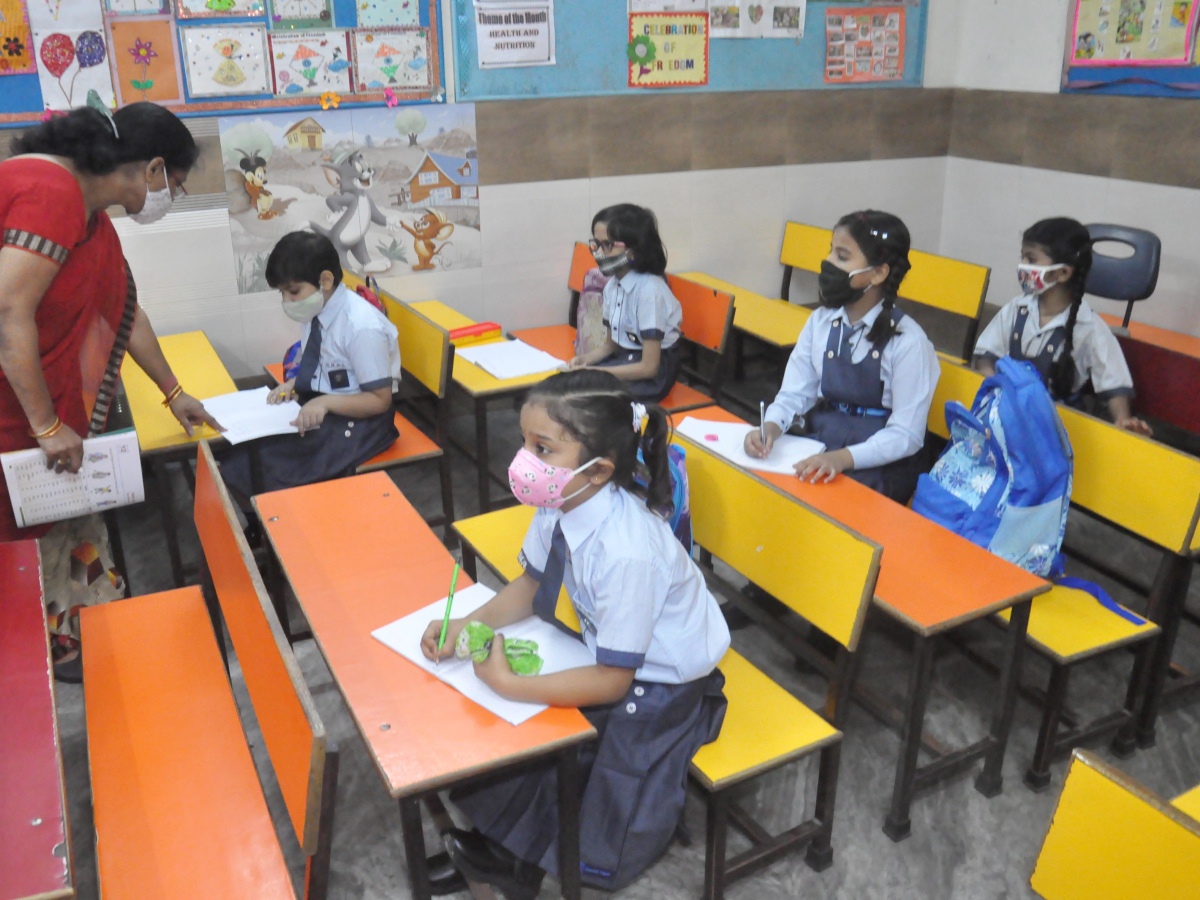 Hyderabad: A few students have turned up on the first day of the reopening of schools in Hyderabad and other districts of Telangana.

As per the district-wise report, 21.04 percent of 7,79,254 students attended the schools in Hyderabad on Wednesday. The attendance percentage is less in private aided/ unaided schools when compared to government schools in the city.

The attendance percentage in government schools in Hyderabad was 22.12 whereas the private schools in the city reported 20.91 percent attendance.

It may be mentioned that barring residential, social welfare, and tribal welfare schools with hostel facilities, all schools re-opened in Hyderabad and other districts in Telangana.

At few schools in Hyderabad, a festive atmosphere was seen as students attended the classes for the first time for the current academic year. School staff was seen checking the body temperature of students and giving them hand sanitizer at the entrance.

Meanwhile, some private schools did not open on Wednesday as they remained undecided on whether to conduct offline classes or online classes.

On Tuesday, the Telangana high court left it to school managements to have either only offline or only online or both online and offline classes.

Apart from it, the court said that students should not be compelled to attend offline classes. No student should be penalized for not attending schools, the court said.