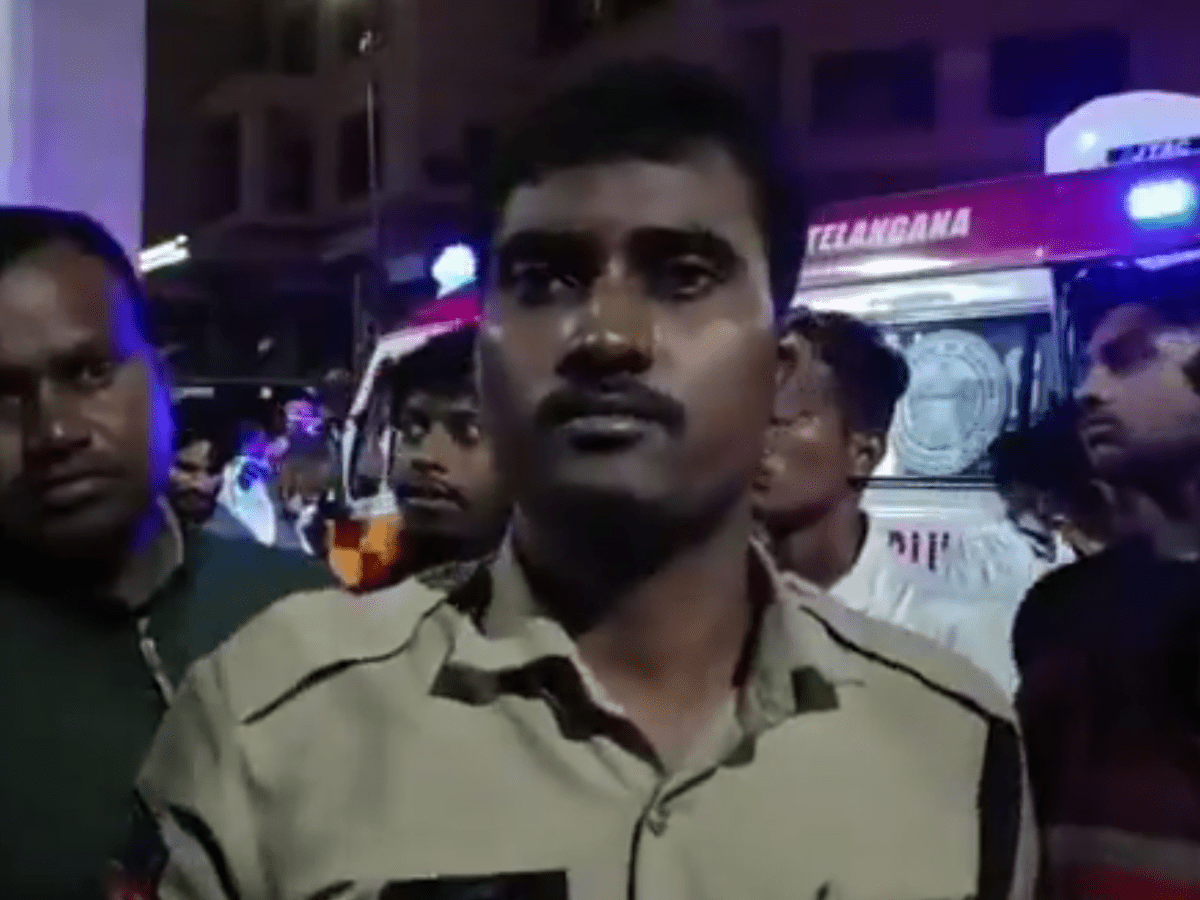 Hyderabad: On Monday night a fire broke out at an electrical scooter showroom near the Passport office in Secunderabad. Ruby Pride Luxury Hotel, a five-storey building, was run on top of the showroom.

As the fire spread, it engulfed the entire building. As a result, eight people lost their lives while ten were injured and are currently being treated.

Those who were trapped in the building saw death slowly approaching them. As they prepared themselves for the worst, they saw a uniformed man, his nose covered with a handkerchief, emerging from the thick smoke and lending them a hand.

They held his hand and next they knew they were inhaling air and not smoke. They were out of the building and could not believe that they just evaded death.

The police personnel – 29-year-old police constable Rakesh Adepu – did not take a minute to think about the safety of his life.

Speaking to The New Indian Express, Constable Adepu said he was driving as part of the night patrol when he received a message from Market police about the fire and rushed to the spot.

When he and his colleague entered the accident spot, they saw a few locals trying to put off the flames by throwing water. Sensing that this could lead to more casualties due to electrocution, he alerted them and then made his way to the building.

“I made my way to the terrace of the neighbouring hotel, where the smoke had already spread and nothing was visible. My mobile torch was of little help. I jumped onto the hotel building. The smoke there was thick, so I used my handkerchief to cover my nose and started shouting to alert if there was anyone in need of help,” he said.

The smoke was so thick that the visibility level was almost zero. Constable Adepu took the help of his mobile phone torchlight which gave him some respite.

He then heard screams from the fourth floor and rushed to find two persons, scared, screaming for help. He took them to the next building and then came back again sensing more survivors.

As his search continued, he found two more trapped on the third floor. “I found four persons unconscious on the second floor and tried to administer CPR on them, but they did not respond. Soon, some locals arrived and took charge of them. They carried them to the fourth floor and from there to the hospital,” he said.

It is because of the courageous efforts of police personnel like Constable Adepu that ensured that the death toll did not go higher up.

“I have the satisfaction of saving some lives from fire, but the memory of the thick smoke that engulfed the hotel gives me goosebumps,” he said.