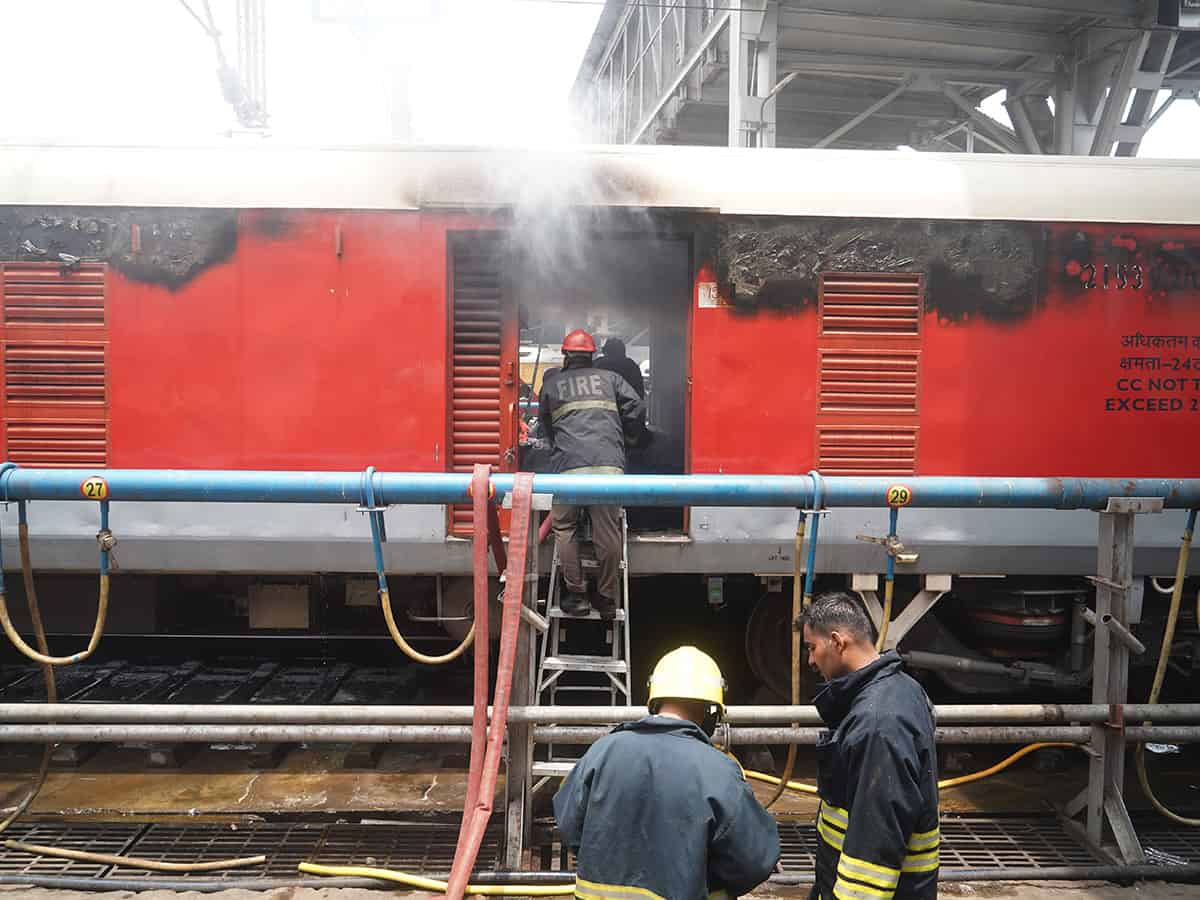 Hyderabad: After the violent Agnipath protests in Secunderabad station that shook the city, South Central Railways revealed an estimation that the damage amounted to Rs. 3.3 crores.

Among the several trains that were set on fire and vandalised by protestors, the majority of the damage was done to the East Coast Express and Manmad Express. The protest left the railways in the red by about Rs. 1,50,00, 000 as seats and window panes were fully destroyed.

The railways informed that the Samalkot Junction to Rajahmundry train’s general seating bogie was completely burnt, and the costs added up to Rs 30,00,000.

Two coaches each of the East Coast Express and Manmad Express were torched while window panes of the Rajkot Express, Raipur Express and MMTS train towards Falaknuma were damaged along with other trains.

Along with these costs, damaged smoke glasses, window panes, berths, bed sheets, pillow covers, towels, and luggage portions were also heavily damaged, adding up to a cost of Rs 2.5 crores. Along with labour costs, the damages reach Rs 3,29,97,725.

“The violence was pre-mediated. Time, date, venue, and all the things were pre-planned. Within a short period of time everything happened to give little time to mobilize forces and control the violence,” said an official of Hyderabad city police.

What were the students protesting against?

The chief concern for the protestors in Hyderabad was that the army rally was not being conducted even after multiple postponements. Distressed by the rolling out of new schemes while they were waiting for exams to be conducted, they took to protest.

The protest also has to do with the fact that under the Agnipath Scheme, service is only for four years (limited employment). Further, this is followed by compulsory retirement for most without gratuity and pension benefits.