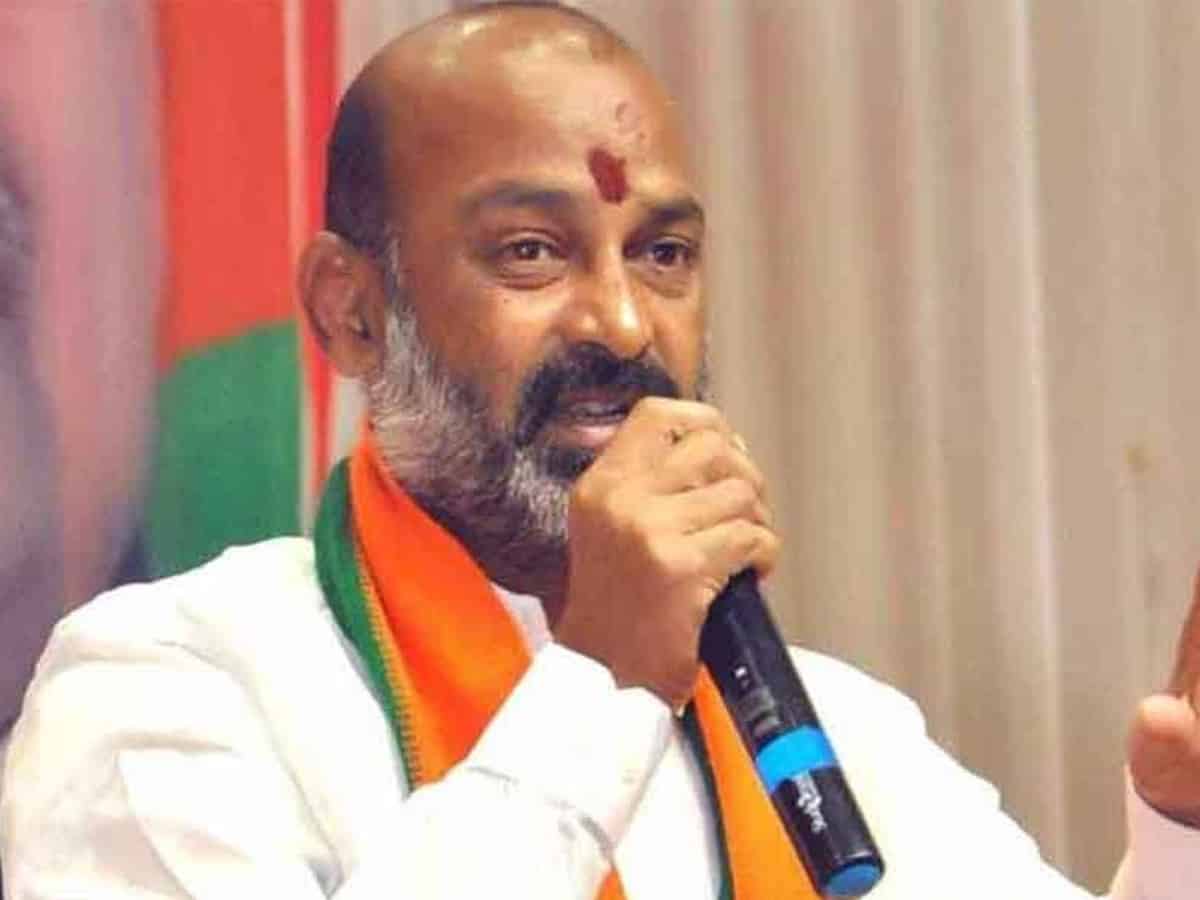 Hyderabad: Telangana Bharatiya Janata Party (BJP) president Bandi Sanjay Kumar on Saturday alleged that the violence and vandalism witnessed at the Secunderabad railway station on Friday as part of a deep-rooted conspiracy hatched at the Telangana chief minister’s office to malign the Narendra Modi government at the Centre.

Sanjay made these sensational allegations while addressing a meeting of the in-charges of Shakti Kendras of erstwhile combined Karimnagar district as part of preparedness for the BJP national executive meeting to be held in Hyderabad on July 2 and 3.

He said the attack on Secunderabad railway station was a pre-planned one. “In fact, the aspirants for army jobs who had a misconception about the Agnipath scheme wanted to demonstrate peacefully at the railway station peacefully to register their protest. But some anti-social elements pelted stones at the police and indulged in largescale destruction. They demolished the compound wall of the railway station and carried petrol bottles and stones into the premises. How was it possible?” he asked.

Sanjay said the firing was done by the state police forces, leading to the death of Rakesh, an army job aspirant from Warangal. Yet, the Telangana Rashtra Samithi leaders are blaming the BJP, he said.

“When the BJP leaders plan even a small meeting or stage a dharna, the state intelligence immediately alerts the police. But why didn’t they get the information about the possible violence when thousands of army job aspirants were gathering at Secunderabad railway station? In fact, the intelligence passed on the information well in advance, but the vandalism happened with the full knowledge and support of the state government,” he alleged.

Sanjay alleged that a strategist could be behind all the ploys of the riots happening in the country, including Bihar and Uttar Pradesh, and requested the aspirants not to fall for the false propaganda being spread to mislead them.

“The way the TRS leaders perpetrated attacks on the central government offices in Warangal during the funeral procession of Rakesh in Warangal clearly showed the conspiracy by the ruling party. I request the people to realize this conspiracy,” he said.

Stating that Agnipath is a great scheme for recruiting youngsters into the Army, Bandi Sanjay said that almost everyone who would apply would be selected as Agniveers and would be given six months of training.

“They would work for four years and receive a minimum of Rs. 30,000 as their monthly salary; of which 75% percent would be given to them and the rest would be deposited into a corpus fund,” Sanjay said.

He added that at the end of four years, 25% of Agniveers would be recruited to work for the Army, while the others will receive 11 lakhs, besides 10% reservation in army recruitment going ahead. In case of disability during service, the Centre will also provide compensation, Sajay said.

To the protesting aspirants, Sanjay said that working for the Army increases respect and patriotism. Highlighting that Agnipath-like schemes are already successfully implemented in other countries, he suggested that misconceptions regarding it must be removed, but resorting to violence is not an option.

One person was killed and a few others injured when Railway Protection Force (RPF) police opened fire at a group of violent agitators on Friday morning.