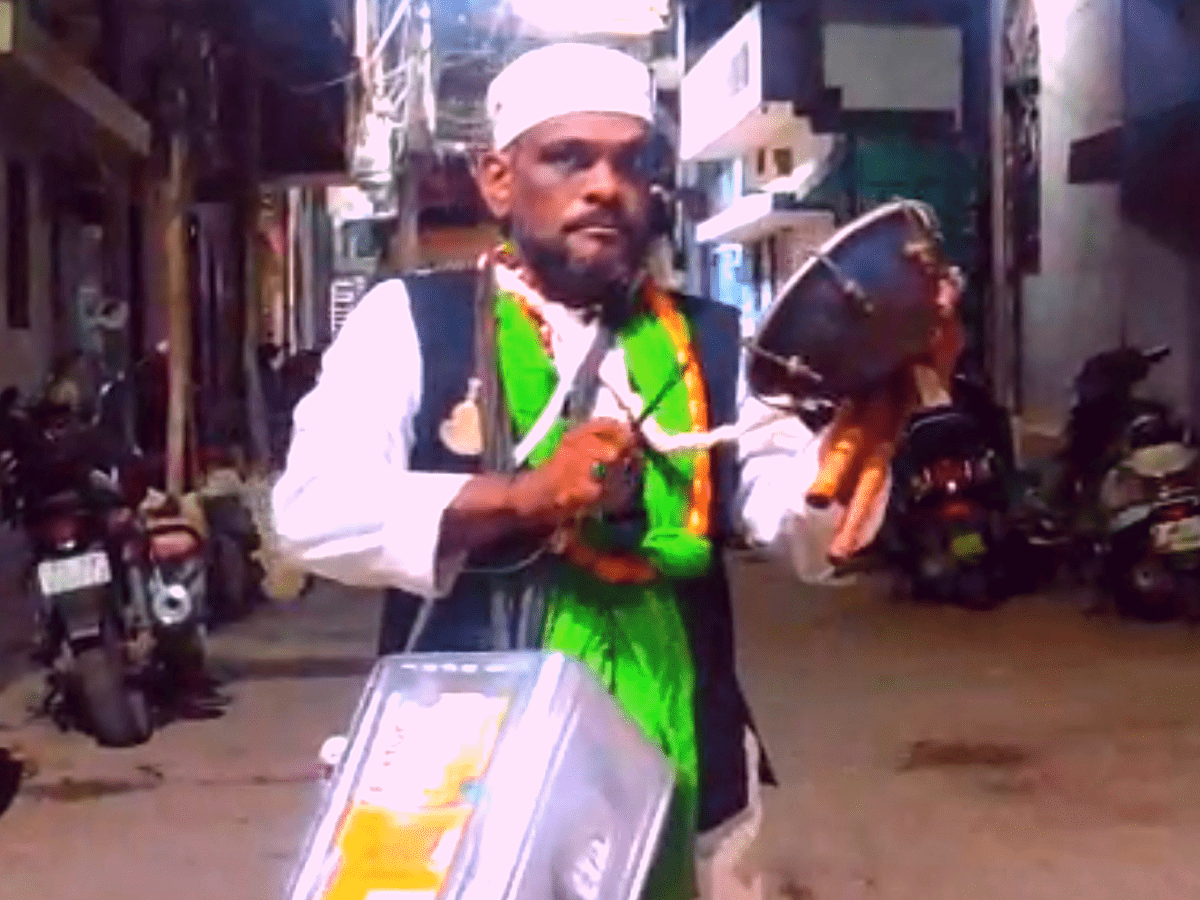 Hyderabad: The beats of a drum on a steel box, or a religious song followed by the jingling of a Daflii (Tamborine) is what a number of Muslims wake up to for their pre-dawn meal or Sehri during the month of Ramzan.

Sehriwalas, also known as Zohridaars, are to date an intrinsic part of the Indian Islamic culture but are however slowly fading away. Sehriwalas in today’s world compete with modernised alarm clocks that are customized to suit the sleeper’s need for consecutive 5-minute snoozes.

Dwelling through colonies lined with bungalows, they walk through the streets of the city calling on Muslims to wake up and eat before the sun rises, as they abstain from food, until dusk, during the month.

With high-rise buildings taking over the city, these street dwellers, update themselves with the modern technology of loudspeakers and music systems to reach those who dwell in the heights of the sky and the depths of their sleep, for the sake of a noble cause.

Sehriwalas leave their homes early every night to awaken those who retire to sleep from late-night tarawih prayers or ‘platform hopping’.

The city of Hyderabad to date has a number of Sehriwalas who wake residents of various localities for their pre-dawn meal.

Mohammed Yusuf Miyan who resides in Shaheen Nagar has been waking people up for their pre-dawn meals, every year, since 1989.

While speaking to Siasat.com, Yusuf Miyan said, “I run small businesses and drive an auto throughout the year. During the month of Ramzan, I arrive in the area by 1 am and complete my trips into the colonies around Kala Patthar by 4:15 am.”

Another Sehriwala in the area, Mohammed Syed, also an auto driver throughout the year, has been carrying out the act that brings good virtue for over 25 years. “I cover the areas from Ali Nagar to Amjatuaalbagh. I ride an auto throughout the year to earn my livelihood as I have 5 children to feed,” said Syed.

The city also sees generations of families carrying on the practice of waking people up for sehri. However, a sight uncommon for the residents of the city is women Zohridaars.

Rabia Bee who resides in Hasamabad has been carrying on the act of waking people up for sehri for over 30 years today.

“I cover areas from Kala Patthar to Bilal Nagar. I run small businesses alongside my daughter, as I am disabled and unable to work. My daughter and granddaughter earn our living. Sometimes my husband comes along with us for Sehri calls,” she said.

“We do this for the purpose of good virtue and if we are given something as compensation we take it,” she added.

Rabia bee, alongside her daughter and young grandchild, walks away into the deserted colonies pushing a cart with a music system anchored on top, as lights of houses flicker and people wake up to prepare for their pre-dawn meals and prepare themselves for the day.