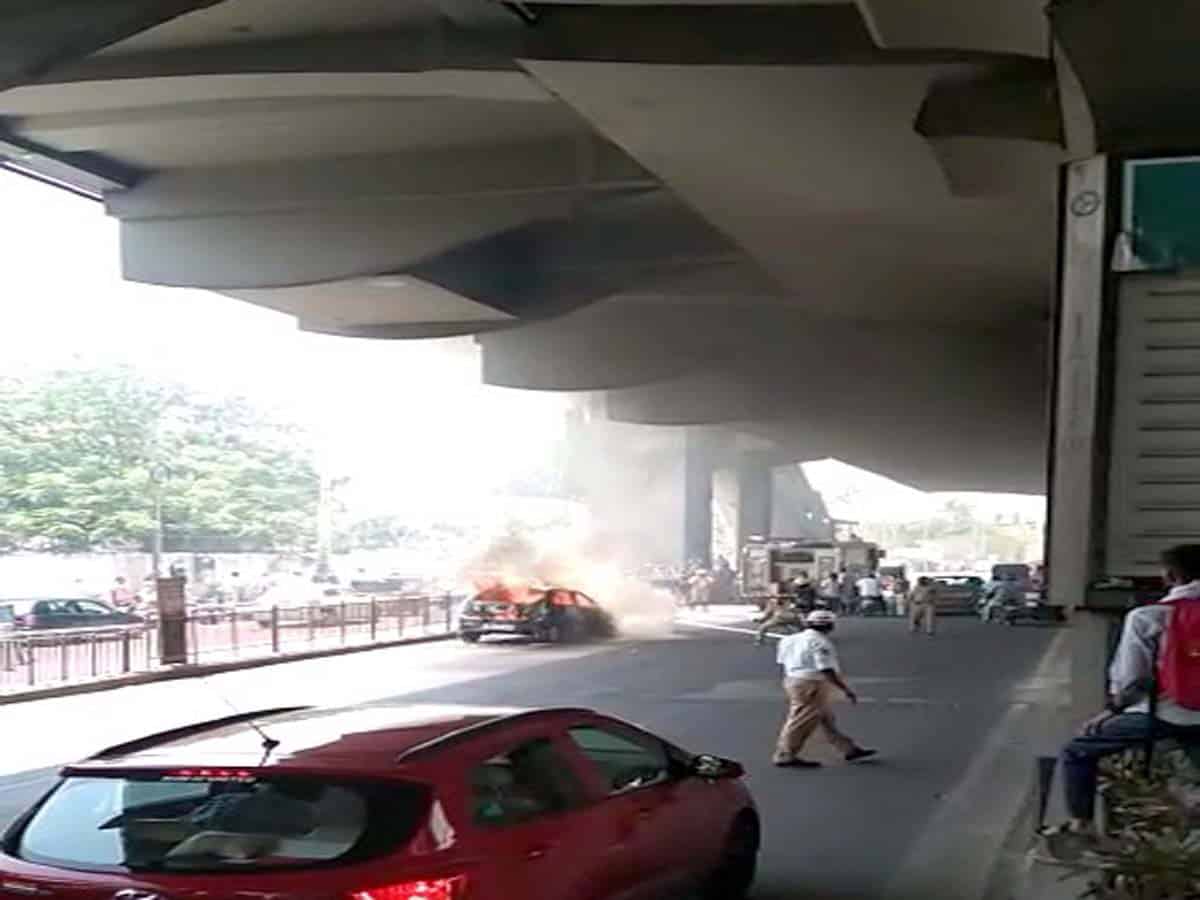 Hyderabad: A car was gutted in fire at Tarnaka in the city today . The accident took place at Tarnaka metro station. According to eye witnesses account, flames began to came out of the car suddenly.

The flames engulfed the entire far within minutes. However, those travelling in the car at the time of the accident escaped it unhurt.

The fire department staff reached the spot and brought the fire under control. The incident led to traffic jam at Tarnaka for some time. Later the police cleared the traffic jam.