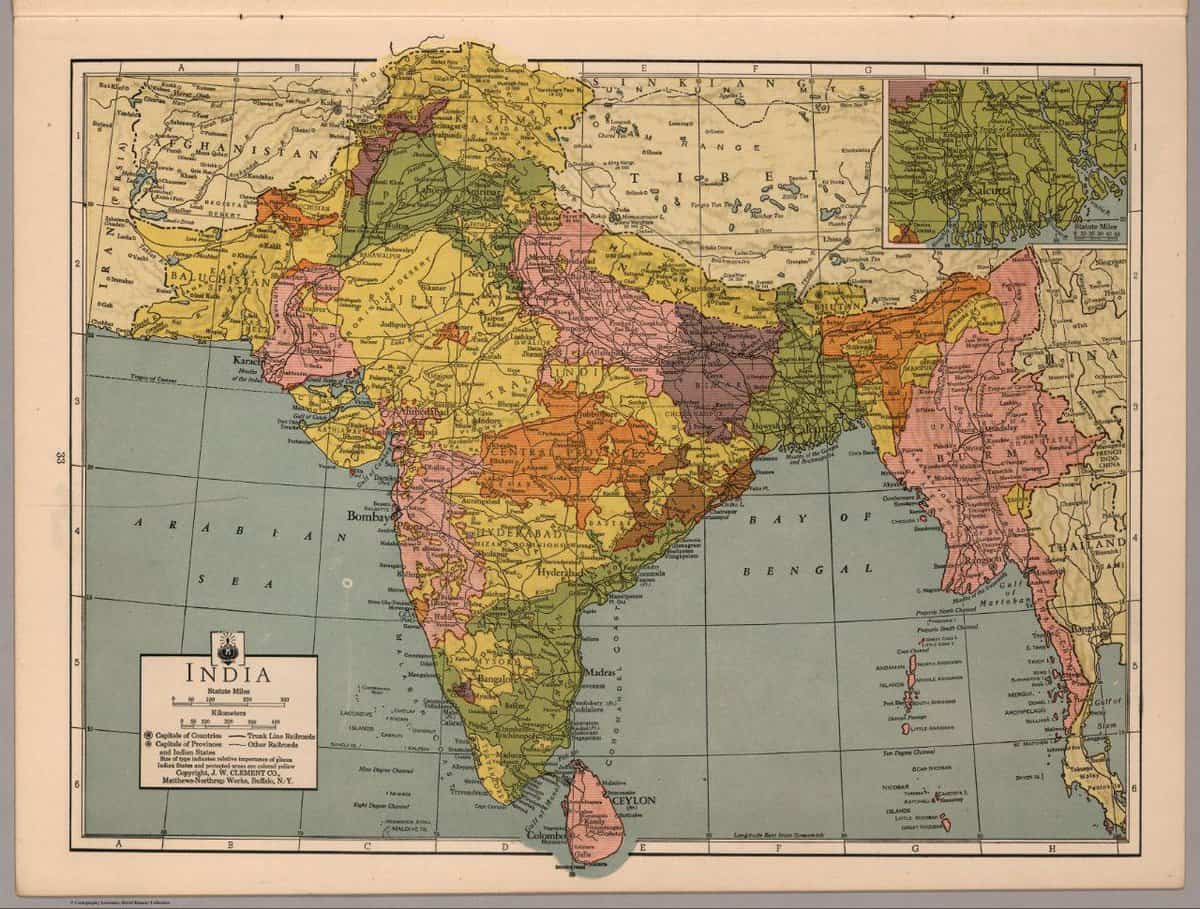 Hyderabad: Stories of independent India follow the narrative of partition, loss, plunder and integration of the princely states into the country. A process which was bloody and ruthless. The erstwhile state of Hyderabad, run by its last ruler Osman Ali Khan, also has a similar tale. Today, September 17, marks the date in 1948 when it was annexed to India through Operation Polo, a military action.

The communal element which became rampant in the 20th Century in the subcontinent has found its way in the socio- political fabric of the country to the 21st Century. What we see today is not a disjointed story of isolated events but a continuation from the fissures which were opened up then. Hyderabad, Jammu and Kashmir, and other princely states, are all part of the same story.

While British India saw violence on account of the haphazard demarcation of the boundaries, the princely states had a different story to tell. On paper, the Indian Independence Act, 1947 passed by the Parliament of the United Kingdom declared that British suzerainty over the princely states would cease to exist on 15th August 1947.

It allowed them to make an independent decision regarding their fate on whether they wish to join India, Pakistan or stay autonomous. However, the process did not go as smoothly as it was penned out. In the case of Jammu and Kashmir and Hyderabad, the two states with different destinies, the decision was made by their respective rulers to stay independent.

Both the states were territorially large and financially good enough for their rulers to not be ready to part with the powers that they enjoyed as state heads. Hyderabad’s Osman Ali Khan in fact was also the world’s richest man in 1937. With British suzerainty gone, they gathered that it would
be easier for them to continue albeit small reforms.

In the case of Kashmir, Maharaja Hari Singh was a Hindu Dogra ruler with a populace which was Muslim majority whereas the latter, Nawab Mir Osman Ali Khan was a Muslim ruler in a Hindu- majority state. Hyderabad had a population of about 1.5 crore people in its state, with 85% Hindus and about 10% Muslim.

The historical moment put them at crossroads with the changing political scenario post- 1947. It was the subjects of these states who were at the receiving end of the political power grab that had taken hold. The Hindus and the Muslims of both the states had since late 1920s onwards witnessed a growing communal consciousness (which was also the case for the sub- continent at large).

For the British India, it took shape of the struggle for independence against colonialism and finding its own identity. But with the princely states, the case was more complex than that. These were the states where the communal element intermingled with the princely administrative setup whereby the propaganda and mobilisation which took place targeted their respective rulers and their religion.

The autocracy of the states when looked through the lense of the discrimination and dissatisfaction that their majority population faced vis-a-vis the issues of language, script, representation, education, jobs, economic development etc. became pervasive. Both Hyderabad and Kashmir are similar in this case.

This was also accompanied by the inroads that various organisations and groups, both local and pan- subcontinental that presented themselves as the defenders and upholders of their religion came forth for the acts of mobilisation.

As a result 1930s and 1940s were a period of acute tension and dynamic protests which often turned violent in these states. The process of seeking more rights and equity was translated through communal
connotations.

Within this context of acute distress which was persisting, the call for independence of the sub- continent and the eventual choice of the two rulers to stay independent caused a domino effect of worsening situation.

In the case of Jammu and Kashmir, the Maharaja signed the Standstill Agreement on the August 14th, 1947 but situation took a mammoth turn soon after when in certain peripheral areas of the State, Muslim armed groups, also called Poonch rebels began attacking the Hindus, while the Muslims which formed a majority in the capital city of Jammu came to be targeted with State support leading to mass forced migrations in both the cases.

The violence which was being perpetrating in the neighbouring state of Punjab further caused the chaos to fester. It was only when Pakistan stopped the only railway line between Sialkot (Pakistan) and
Jammu, effectively leading to an economic blockade that the dangers that Pakistan posed became apparent and by 24th October. Poonch rebels declared some areas that they had captured
“Azad Kashmir”.

The Maharaja realised his powerlessness in the situation and on the same day, he asked the Indian Government to send its troops to aid in the situation which was increasingly getting out of control. The Indian Government used it as a bargaining chip to get Maharaja to accede to India in exchange for protection which came to be formalised with the signing of the Instrument of Accession on 26th October, 1947.

Meanwhile, in Hyderabad, the geographical situation was different and led to panning out of events in a different manner. The state, unlike Jammu and Kashmir, did not share a border with the newly formed Pakistan.

Signing of the Standstill Agreement in itself took some time before the terms could be agreed between the Indian government and the state of Hyderabad with the formal agreement occurring on November 29, 1947, i.e. a month later than when Jammu and Kashmir had already acceded. Simultaneous to these events, Razakars who were closely associated with the MIM, targeted and attacked Hindus sporadically population throughout the State.

In Telangana, which was part of the Hyderabad state, communists were also gaining ground after 1946 through the Telangana People’s Armed Struggle, which was a peasant rebellion. With growing tensions, these two groups also came to loggerheads with each other. The attacks and violence in Hyderabad thus kept magnifying while negotiations between India and the Nizam continued for more months.

As a result, there emerged an economic blockade by the Indian government which eventually took shape of Operation Polo that lasted for 5 days (13th- 17th September) leading to the indiscriminate killings of numerous Muslims of the State. It was only with the surrender by the commander of the Nizam’s forces, Syed Ahmed El- Edroos that Hyderabad became a part of Indian subcontinent.

Although October 1947 and September 1948 marked the formal inclusion of Kashmir and Hyderabad with India, the cracks that had emerged in the two places were far from over. They widened post- independence and allowed for calls for new issues emanating from these bloodied histories to emerge in the new nation- state discourse. The repercussions resound even today with various groups using the two States for furthering their interests.

(The author is an M.Phil student at the University of Hyderabad who is currently working on the subject of annexation).