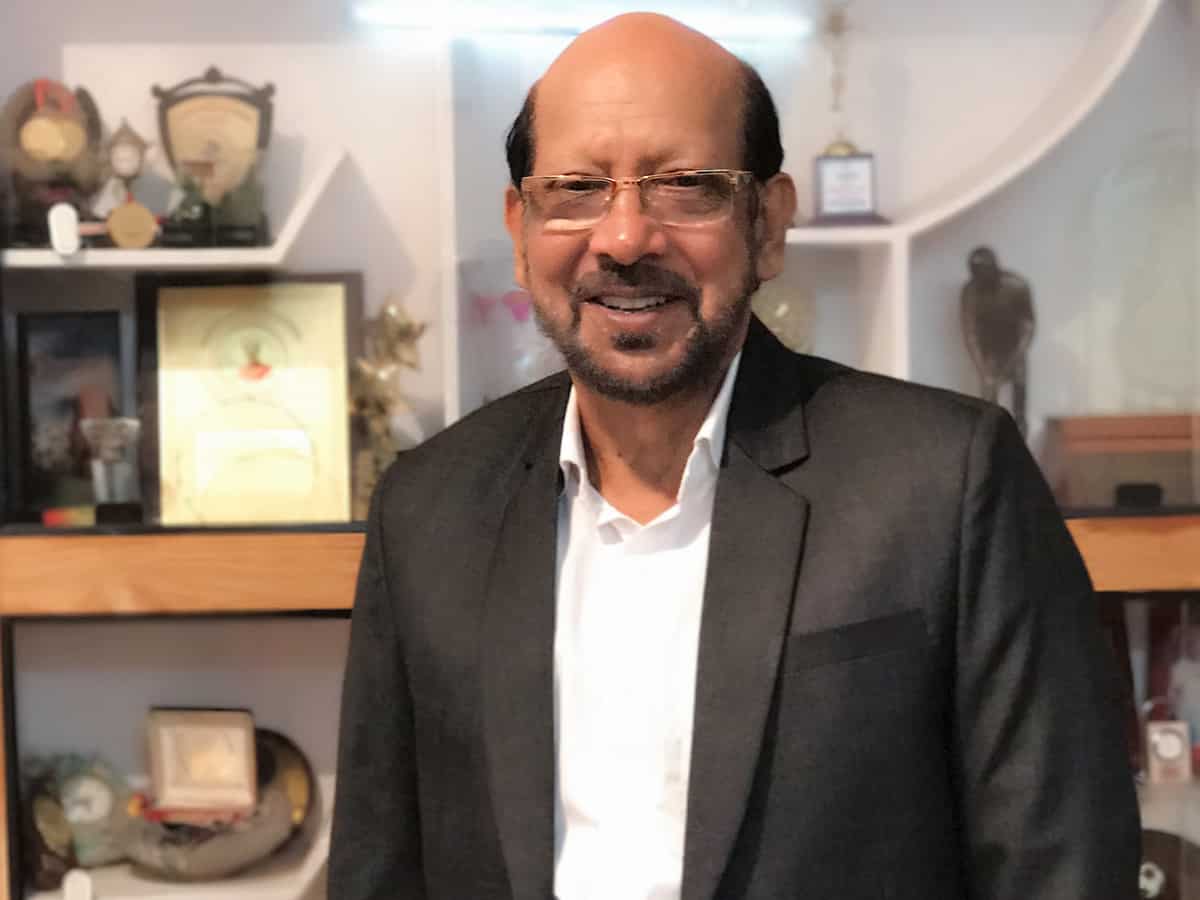 Hyderabad: There was a time when Hyderabad used to be the nursery of Indian football. Dozens of talented players sprung up from this region and went on to represent the country with distinction.

They were like colourful flowers in a verdant field. India’s most successful coach ever, S.A.Rahim was also from Hyderabad.  But sadly that Golden era has ended. Various reasons have contributed to the drying up of talent.

One among the last generation of famous footballers from Hyderabad is Shabbir Ali who will be celebrating his 65th birthday today on January 26.

He was born on an auspicious day – on Republic Day –  in 1956. Shabbir Ali showed precocious talent as a young boy and as he grew up, he honed this talent into lethal skills on the football field. During the 1970s and 1980s, Shabbir Ali was rated as the best player in India and the finest striker of his time. He was a prolific goal scorer who was unstoppable when playing near the box.

The ace footballer that he was, Shabbir Ali excelled both at the national and international level. One of his early successes came when he captained India to victory in the Asian Youth Championships in Bangkok jointly with Iran in 1974.

He was then less than 20 years old but showed a mature and controlled approach to his game. His understanding of tactics in the field was outstanding.

The team’s performance and his own contribution earned praise from none other than the then Prime Minister, Indira Gandhi. Later he joined the Tata Sports Club in Bombay and played for them for a few years.

His talent at anticipating openings and scoring goals was so obvious that the big clubs of Kolkata became interested in recruiting him. Soon he was roped in by the top club East Bengal in the late 1970s.

Later he joined Mohammedan Sporting and took the club to noteworthy successes.

At the international level Shabbir Ali scored 23 goals and was one of the highest ranked goal scorers on the basis of strike rate per match.

After he retired from playing he became a qualified coach. He studied for and obtained a coaching diploma. He also got a trainer’s licence from the German FA. As a coach too he achieved great success and gained immense respect from the players and officials.

He was appointed the Technical Director of the Indian team and helped the team to win the gold medal in the SAF championship in Chennai in 1995. What was particularly commendable about this achievement was that it came after three failures. India had failed to win in the three previous SAF championships at Colombo, Islamabad and Dhaka.

In the late 1990s, Shabbir Ali coached the Salgaocar club, which is one of the leading clubs in Goa. During this phase, he established a reputation as India’s best coach. Salgaocar won the Goa Professional League under his guidance and also won the Indian Super Cup defeating the National League champions Mohun Bagan.

Later, Salgaocar won the Durand cup too beating both Mohun Bagan and East Bengal on the way to its title triumph.  Shabbir Ali has truly been one of the most successful sons of Hyderabad on the football field.