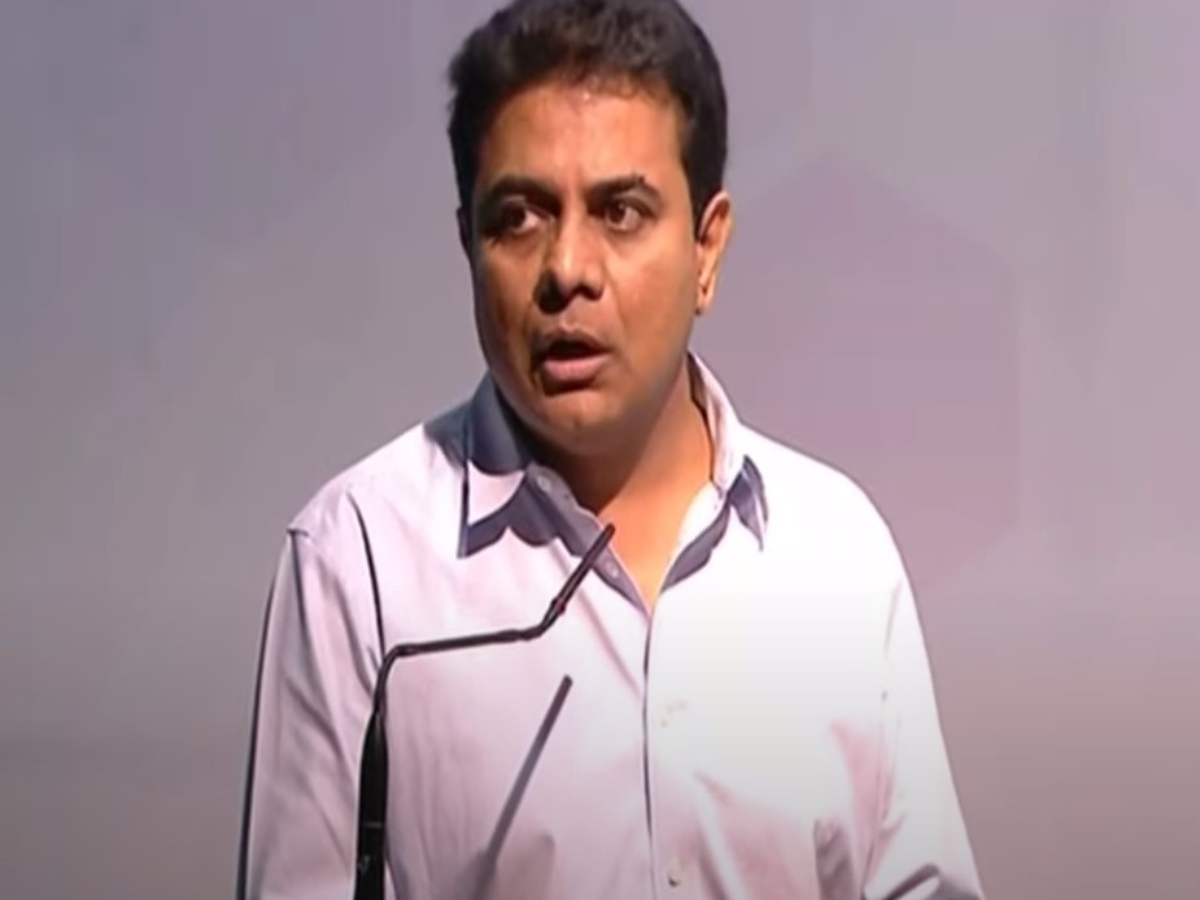 The minister for IT came down heavily on the union Govt. for claiming to have granted other projects that are on par to compensate for the ITIR Project. They have cheated the people of the country yet again, KTR said.

It is in their (BJP party) DNA to easily lie about anything and minister Rajeev Chandrasekhar has effortlessly done the same now, said KTR.

Minister KTR stated that the Modi Govt has scrapped the ITIR project because TRS is politically opposing them. They are indulging in cheap politics, he added.

KTR stated that Telangana IT sector lost a great opportunity to further grow with the scrapping of ITIR Project adding that there’s no contribution from the union Govt. in the tremendous growth story of the IT Sector of Hyderabad.

The union Govt. in 2008 proposed the ITIR project for Hyderabad and approved the same in 2013. However, the Modi Govt. has proved to be a curse on Telangana as it shelved the project just like some other Projects and the promises made in AP Reorganisation Act, said KTR.

Minister KTR mentioned that he along with CM KCR has made multiple pleas to PM Modi and other union ministers in their every visit to New Delhi. There is no positive response even after continuous persuasion from our side, he said.

Minister KTR stated that it was incorrect on the part of the union Govt to say that the ITIR was scrapped because the latter had sanctioned smart cities and industrial corridors to Telangana. He ridiculed the BJP Govt. for claiming to have scrapped a project dedicated for IT Sector development in lieu of other non-IT Projects. Telangana State did not benefit even from the schemes that the union Govt. claims to have extended, KTR said. This shows the intellectual bankruptcy of Modi Govt, he added.

BJP-governed states like Gujarat and Uttar Pradesh receive huge funds under various central schemes. But when it comes to Telangana, every penny is counted and shown as a reason to scrap projects, said KTR. What has the Modi Govt given to Hyderabad as a replacement for the ITIR project? PM Modi must answer, said KTR.

At least now the Center must sanction a project or package to Telangana as compensation for scrapping the ITIR project, demanded KTR.