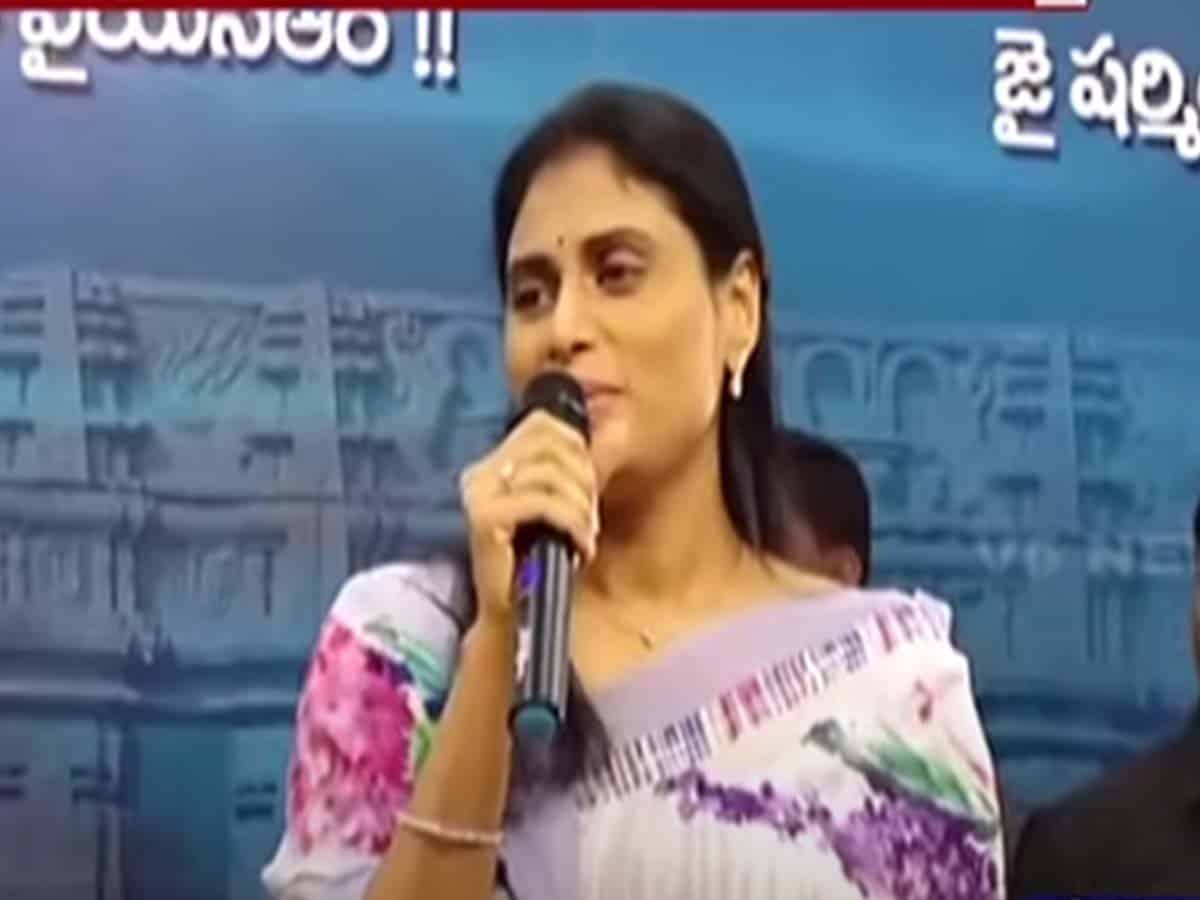 Hyderabad: In a meeting to form a new political front in Telangana, Sharmila Reddy raised the slogan of “Jai Telangana” which evoked huge applause from the supporters.

During the meeting at lotus pond residence in which 500 workers were present, she sought views to form a party. While addressing the party workers, she said she has come to bring back the “Rajjana Rajyam” in Telangana.

Talking about Y. S. Rajasekhara Reddy, she said the former Chief Minister of erstwhile State of Andhra Pradesh had worked for the welfare and the development of the society. He introduced welfare schemes for the upliftment of every sector, she added.

Reminding about the schemes introduced by YSR, she said the Aaroyagsiri scheme was introduced to provide free medical health services to poor and weaker sections of society.

During the address, Sharmila said that she is the “bahu” (daughter-in-law) of the state and has every right to work for the benefit and development of Telangana.