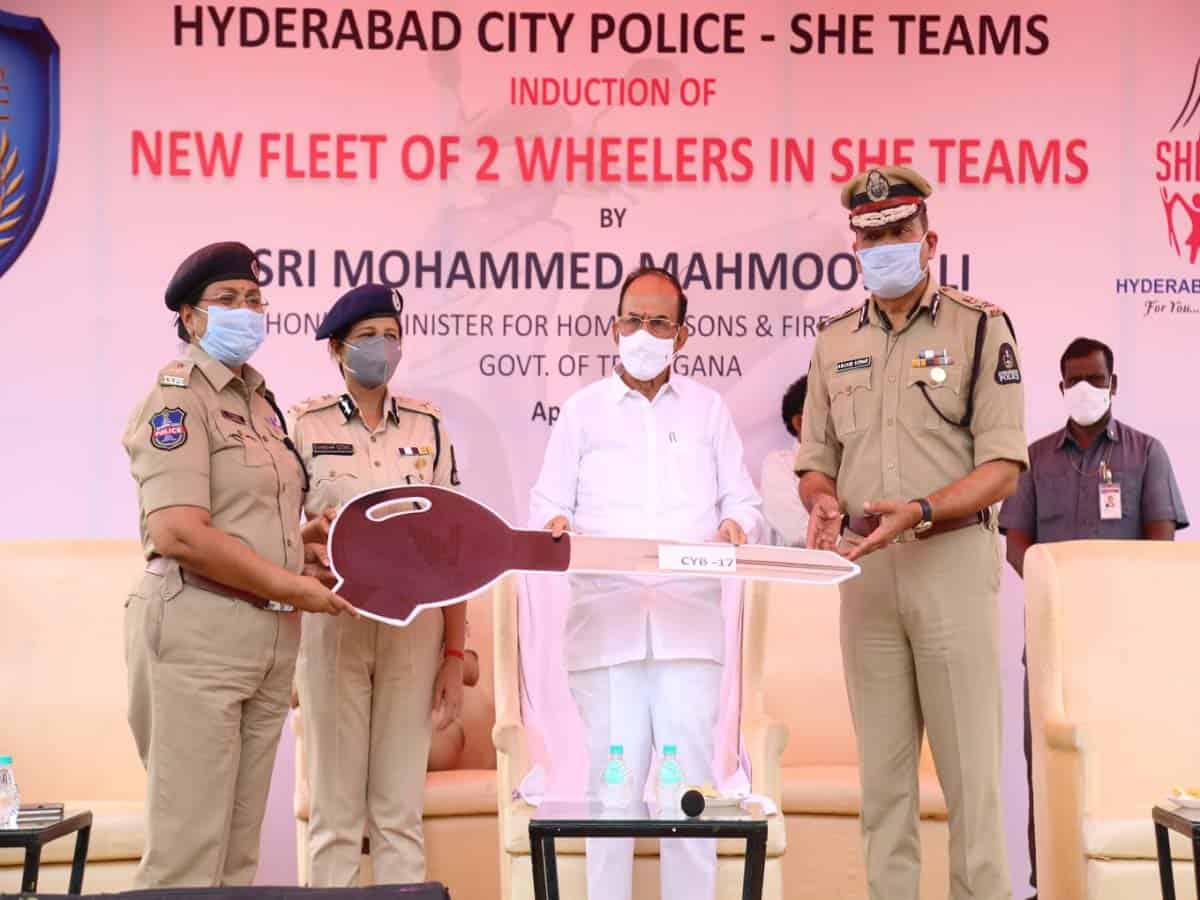 Hyderabad: State Home Minister Mohammad Mahmood Ali today distributed 33 Scooty vehicles to the members is she teams of police department under safe city project. The event was held at Gosha Mahal stadium. The vehicles have been allotted to Cyberabad and Rachakonda Police Commissionerates.

Ali said that the usage of CC Cameras had brought some crimes to a great extent and added that 99 percent of the chain snatching cases had also come down in the State.