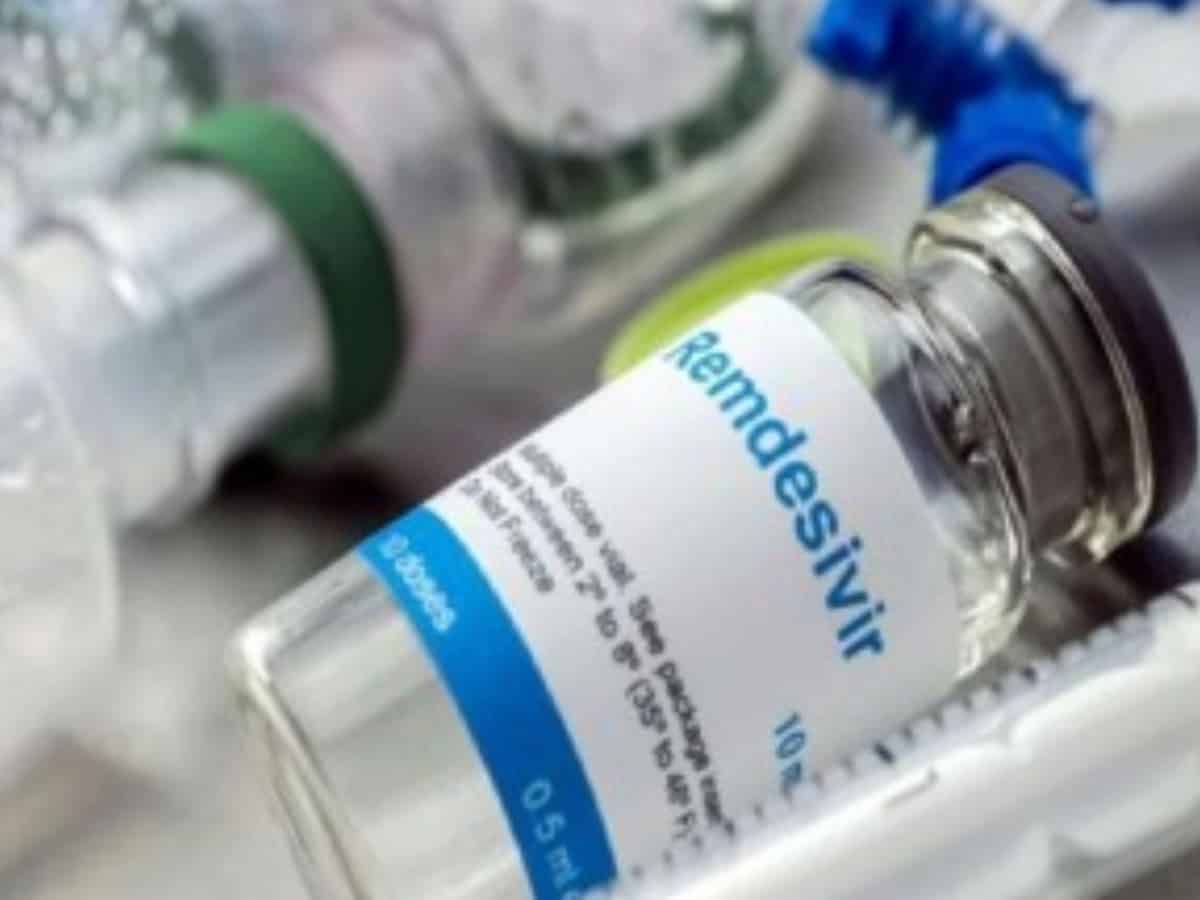 Hyderabad: Several states have been in great distress and panic with the shortage of essentials like oxygen supply and important medicines like Remdesivir becoming rampant.

Amid this, huge gathering of kin of Covid-19 infected people were seen waiting outside the Hetero Drugs unit in Moosapet in Hyderabad to get their hands on the drug.

In several videos that have been doing rounds, it could be seen that people of all ages gathered here, masks on their face, physical distancing completely forgotten- as they desperately try to buy vials of Remdesivir.

According to a report by News Minute, Ravi, one of the customers who had come there to buy the medicine had waited for over three hours on Monday, to enter the facility to procure the antiviral drug for his father rues that there is only one single person working behind the counter. “My father has been hospitalised for COVID-19 and the hospital has prescribed the drug. This is the only place in the city, where one can buy the drug at MRP rates. They provide only 6 doses for Rs 20400, Rs 3400 per dose,” he said.

Many were not as fortunate as Ravi to get their hands on the drug. On seeing people jumping the queue, one young man broke down, appealing to those around him that he had already got three vials and needed just three more for his mother, who is critically ill. As he broke down, others behind in the queue demanded that he be allowed to buy the drug.

The video was tweeted by a News minute reporter,

On Sunday, Telangana Health Minister Eatala Rajender said that the shortage of the Remdesivir drug that is touted to mitigate the replication of Covid-19 — in the State is expected to end within a day. He was speaking to the media at the BRKR Bhavan in Hyderabad.

Rajender also said that he and MAUD and IT Minister KT Rama Rao had met the manufacturers of Remdesivir in Hyderabad and asked them to ramp up their production. Due to drop in Covid-19 cases, Remdesivir manufacturers had also decreased their manufacturing capacities, said Eatala.

Speaking on the oxygen shortage, Eatala said that the State is currently utilising 260 tonnes of oxygen daily and the requirement might go up to 350 tonnes per day. However, he assured that oxygen shortage will be addressed soon as the Prime Minister Narendra Modi said that oxygen used in industries will be diverted for medical purposes to address the shortage.

The sudden and massive demand for Remdesivir has also led to the sale of the drug at an exorbitant price, exploiting the customers in many places.

The police on Monday arrested a medical shop owner and his employee for selling Remdesivir injections at an exorbitant price. As per police shop owner, P Rajesh Kumar, 35, of BN Reddy Nagar and his employee, G Mahesh, 30, of Ramanthapur, were selling Rs 3,490 injection to customers for Rs 14,500.

Highlighting the need to administer drug at an appropriate stage to treat COVID-19 patients, All India Institute of Medical Sciences (AIIMS) director Dr Randeep Guleria said on Monday that Remdesivir isn’t a magic bullet that decreases mortality and cautioned against the use of cocktail of drugs at an early stage.

Guleria in an interview said, “It’s important to understand that Remdesivir is not a magic bullet and isn’t a drug that decreases mortality. We may use it as we don’t have an anti-viral drug. It’s of no use if given early to asymptomatic individuals/ones with mild symptoms. Also of no use, if given late.”

Remdesivir should only be given to patients who are hospitalised, had fall in oxygen saturation and have infiltrated on the chest X-ray or CT-scan, Delhi AIIMS Director added.

Guleria said that in the last year of COVID management, we have learnt that two things are most important – drugs and the timing of drugs. If you give them too early and late, it would cause harm. Giving a “cocktail of drugs on day 1 can kill your patient and would be more harmful”, he further said.

Prime Minister Narendra Modi had on Saturday chaired a meeting to review the status of preparedness to handle the ongoing Covid-19 pandemic, in which he directed officials that use of Remdesivir and other medicines must be in accordance with approved medical guidelines and their misuse and black marketing must be strictly curbed.