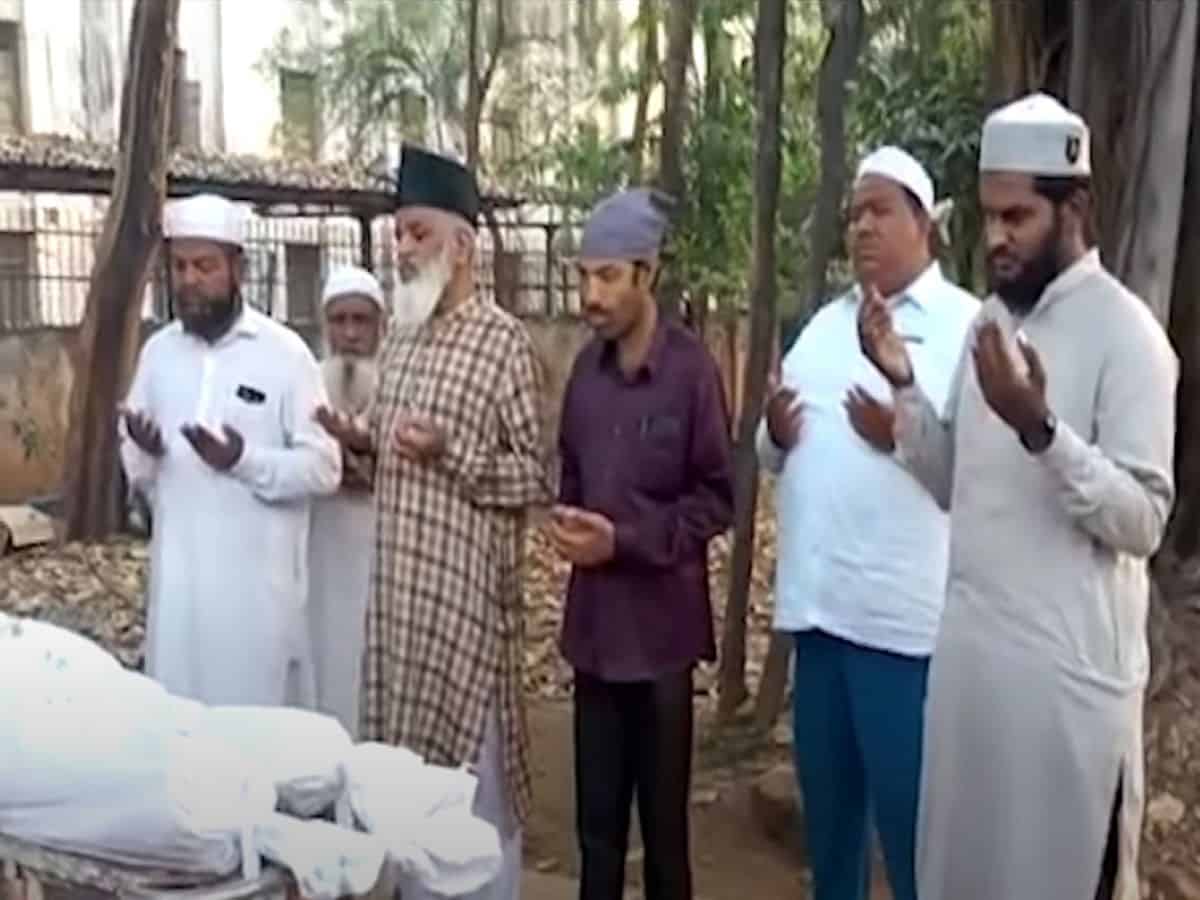 The funeral prayer was offered at the hospital by Maula Syed Khaja Moinuddin Ashrafi. Later, the bodies were laid to rest at the graveyard located in Kukatpally.

Speaking about the burials, Maulana Syed Zahid Hussain said that many persons have prayed for the deceased persons.

Since 2003, Siasat Millat Fund is arranging the burial of unclaimed Muslim bodies. So far, the burial of over 5100 bodies has been arranged.

It all started in 2003 when the Siasat Daily’s Editor Zahid Ali Khan first took the initiative to bury the unclaimed bodies.

This initiative came in response to an emotionally distressed call by a Muslim police officer who informed Khan that Muslim bodies are often cremated along with other unclaimed bodies.

This painful disclosure prompted Khan to call up the then Andhra Pradesh DGP and the Commissioner of Police Hyderabad requesting them to hand over the unclaimed Muslim dead bodies to Siasat Daily for the burial.