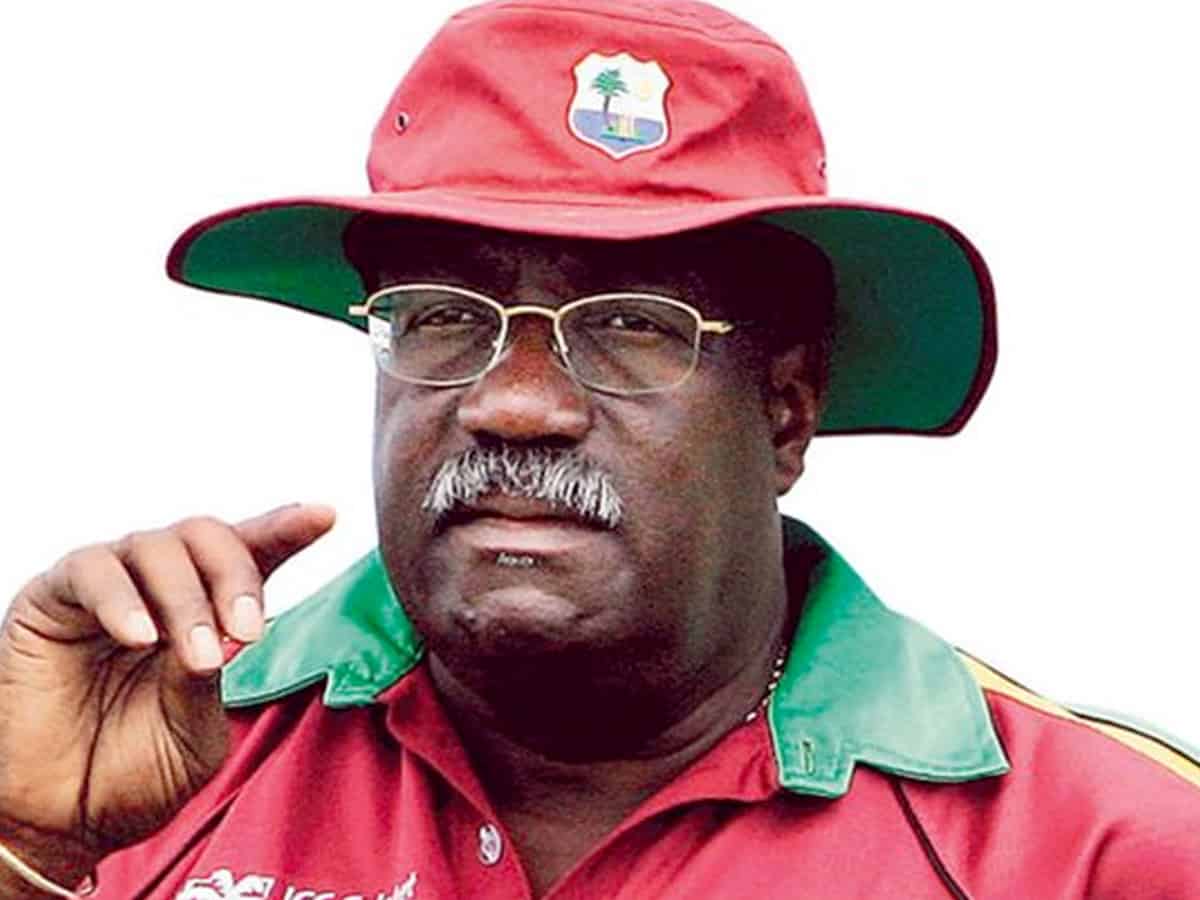 On January 13, the West Indian, Clive Lloyd, one of the greatest cricketers and captains was finally honoured with the Knighthood by United Kingdom, the Mecca of Cricket for his services to the game.

The news immediately set off a series of memories of the 6’4”, broad shouldered, bespectacled, 77-year-old Clive Lloyd, who steered the West Indian team to two successive World Cup wins–the inaugural one in 1975 and the next in 1979.

The best ever WI team, however, under Lloyd met with a shock defeat in 1983, when Kapil’s Devils, pulled off a sensational victory and denied a hattrick to the Caribbean’s.

Coincidentally, 1983, the movie with Ranveer Singh as Kapil Dev and capturing the memorable moments of the WC is also in the news these days. Experts consider that win over the mighty Caribbean’s as the watershed in Indian cricket’s subsequent growth into the best in the world over the decades.

Lloyd and his tryst with Hyderabad

Interestingly, Clive Lloyd made several visits to Hyderabad as a player, captain, broadcaster/journalist etc. between 1974 and 1990 at his peak and was familiar to cricket lovers of the city.
One of the memorable associations I remember and cherish well was in 1987 and the visit of Clive Lloyd and Mrs Lloyd to the Press Club, Hyderabad. They not only distributed trophies to the winners of a sports event held but also interacted and spent good time in the Club premises in Basheerbagh, which was then barely in a decent condition but was taking off with many activities due to the coming together of several enthusiastic journalists.

Clive Lloyd was in Hyderabad in connection with the Reliance World Cup. He donned multiple roles as a Match Referee, a Columnist and a part time player during his long stay. The match allotted to Hyderabad was New Zealand vs. Zimbabwe. Both teams arrived a few days early and wanted to play warm up games. So Hyderabad Blues fielded a side with Clive Lloyd as captain of the Blues team.

Away from cricket, the Lloyds were invited as Chief Guests to a function in the Women’s College, Koti. Keen to meet up with him the enthusiastic sports scribes of the city approached him and we suggested the Press Club. Lloyd agreed with the condition that they be picked up from the Women’s College after the function.

Now began the challenge. Very few journalists at that time owned a car. Nandakumar of Indian Express emerged the saviour. Nanda was among the most resourceful and sportive chaps of the Club at that time. He would always push us and help. He gamely drove the Lloyd’s in his Maruti 800. When he reached the Club, the car was virtually touching the road. The big man Lloyd got down, much to the relief of all of us on two counts–The fact that the West Indian great had come accepting our request at short notice (no cell phones to confirm enroute) and second, the car had done its job amicably carrying the Lloyds.

The high point came when we got a chance to say cheers to Lloyd over a bottle of beer (which got over in a jiffy) and some of us received cups for some real sport events. After the graceful couple left doing the honours, the guys who had the privilege of being present, including Nanda, Rabindranath, Srinivasan, Prithviraj, Rajaraman, Rajaram Sankla etc. that evening freaked out to savour those moments. In a way, that event kicked off lot of sports activity at the Club over the next decade.

But, for the serious cricket lovers of Hyderabad , the 1974 visit of Lloyd’s team and his leading the star studded Caribbeans again in 1983, in what has come to be known as the ‘revenge tour’, will be worth recounting.

The 3-day match (November 16-18, 1974) against the off spinner,  S Venkataraghavan led South Zone should in retrospect go down as a pre-cursor to the modern T20 versions. A very confident Venkataraghavan set the Windies 160 plus in the last session of the game. What followed was a slaughter of the bowling and fireworks that lit up the Lal Bahadur Stadium, which was bursting at its seams with spectators.

With a seemingly impossible target, Lloyd opened the innings with Gordon Greenidge with a well thought out plan. Hyderabad’s favourite, gentle medium pacer Abid Ali, who opened the bowling was hammered for 41 runs in 3 overs. After Greenidge fell for 32, in came Alvin Kalicharan, of Indian origin.

The duo were unstoppable. Lloyd especially drove, pulled, smashed the bowlers all around the ground, forcing a helpless captain Venkataraghavan to place all 9 fielders near the boundary. Yet, Lloyd (79) and Kalicharan (44) reached 163 for one in 18.2 overs. Clearly in T20 style, but  back then it was unthinkable.

Licking their wounds after the shocking upset loss to India in the 1983 Prudential World Cup to Kapil’s Devils, the WI with Lloyd came on a tour to India with definite designs of avenging the loss that robbed it of a hattrick too.

Incidentally after that loss in the Prudential Cup, Lloyd had offered his resignation to the WI Board. Many were in favour of sacking him. But eventually after plenty of heated debates they decided to let him continue. Viv Richards has written about the acrimonious scenes behind closed doors after the loss. Even some players (one being Greenidge) revolted against Lloyd. But the board finally let him stay, according to accounts by several cricketers later.

According to P R Mansingh, the Manager of the victorious 1983 Indian team, when he happened to meet Lloyd in Hyderabad during the tour, Lloyd told him: “Hey manager. Watch out. We are here to f…. you this time.”

The WI played the South Zone team during Oct 8-10 at the LB Stadium. Luckily, the SZ team managed to draw the match and salvage some prestige against the great team. It was marked by a sparkling century by Viv Richards.

For Hyderabadi cricketers, especially Khalid Abdul Qauyyum, it turned out to be golden opportunity lost. With the spotlight on a number three slot, the left handed Khalid stood a good chance of making the test grade, but failed as the pace battery of Andy Roberts, Malcolm Marshall, Eldine Baptiste bowled out the SZ team for a paltry 175 after piling up 367 for 4 declared.

Lloyd, the astute leader and cricketer

Interestingly, the Guyana born, Lloyd made his Test debut against India at Mumbai in December 1966, scoring 82 and 78 not out.

(With inputs from Abhijit Sen Gupta)

Somasekhar Mulugu, former Associate Editor & Chief of Bureau of The Hindu BusinessLine, is a well-known political, business and science writer and analyst based in Hyderabad