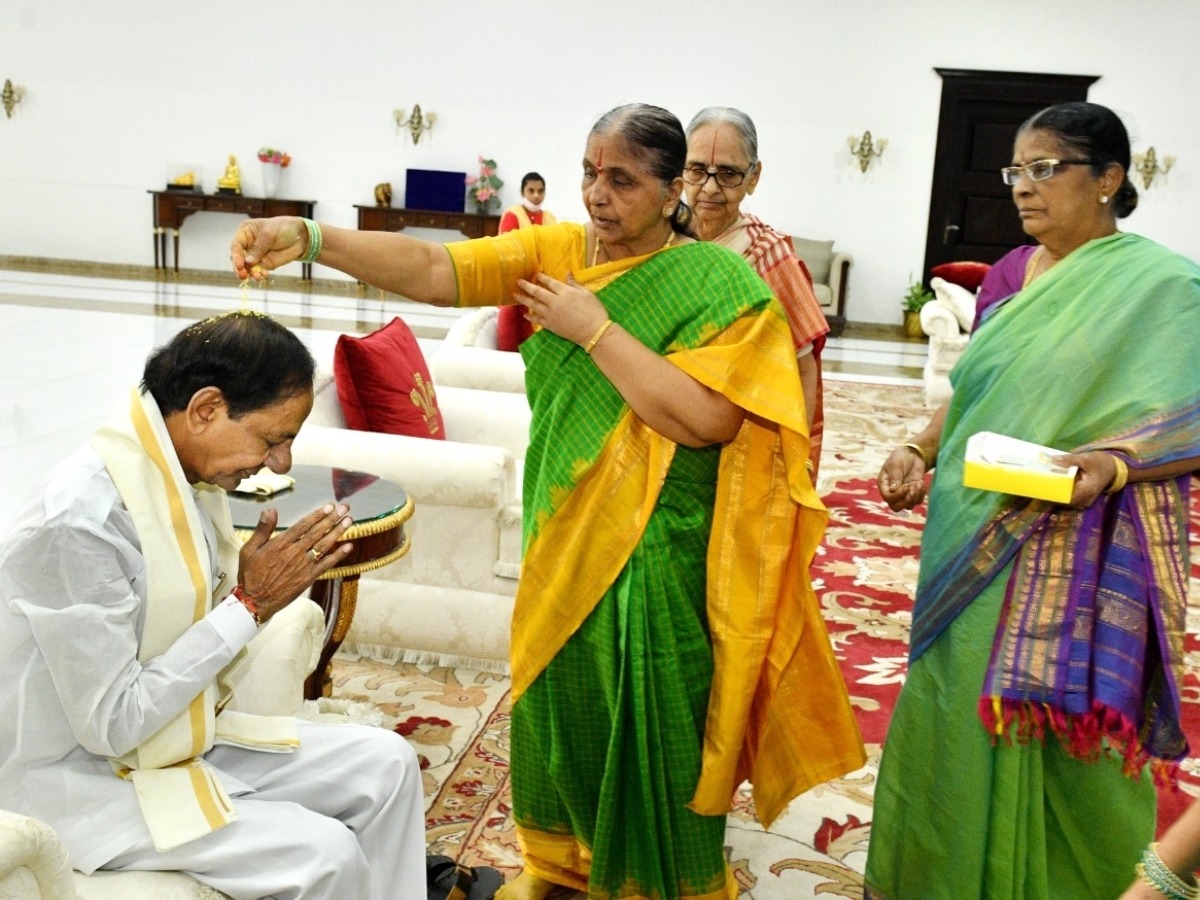 Laxmamma, Jayamma, and Lalithamma tied rakhis to their brother at Pragati Bhavan, the official residence of the Chief Minister.

Earlier, the chief minister greeted people on the occasion of Rakhi Pournami, saying that Raksha Bandhan observed on this day all over the country stands as a symbol of brotherhood.

KCR, as the Chief Minister is popularly known, said it is a very great occasion when sisters tie Rakhi to their brothers with love and affection and ask them to support and stand by them their whole life. He said Raksha Bandhan is living proof of the Indian culture’s uniqueness and greatness.

His daughter K. Kavitha also greeted people on Raksha Bandhan. “A very happy #Rakshabandhan to all the brothers and sisters. Have a wonderful day blessed with love and joy,” she tweeted.

Kavitha, who is a member of the Legislative Council, posted a picture with her brother K.T. Rama Rao and other family members.

Jagan Mohan Reddy wished women on the occasion of Raksha Bandhan. He stated that women were achieving empowerment in all the fields.