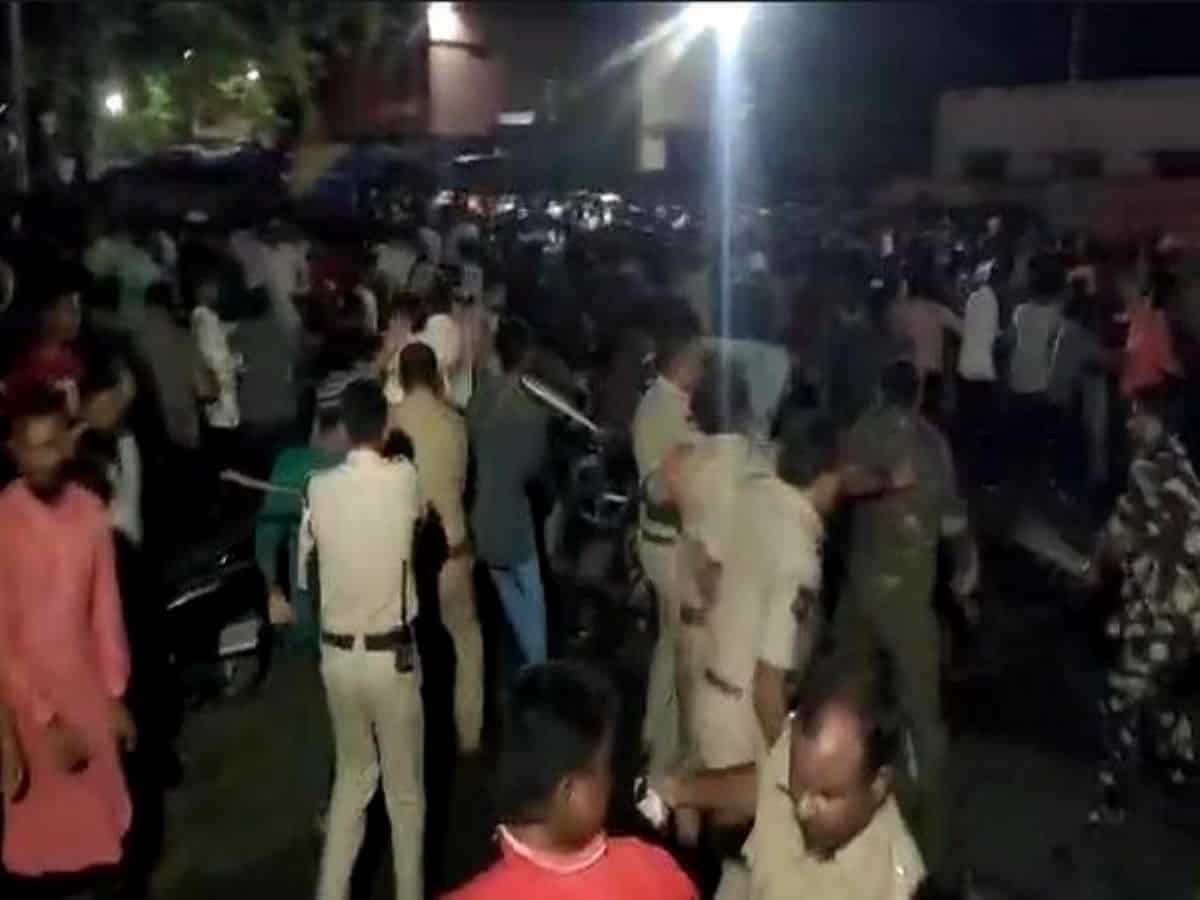 Adilabad: The situation was brought under control by police after there were tensions over a social media post, informed the police on Saturday.

The police officials informed that members from one community staged a protest in front of the One town police station after a local posted a social media status.

“We’ve registered a case under relevant sections of IPC against one person (who posted the post on social media) for hurting religious sentiments and have arrested the accused. The situation is now under control,” said Superintendent of Police (SP) Adilabad, D Uday Kumar Reddy.

The police resorted to lathi-charge onto the protestors so as to bring the situation under control.

The officials also said that a curfew might be imposed if the locals engage in another such act.