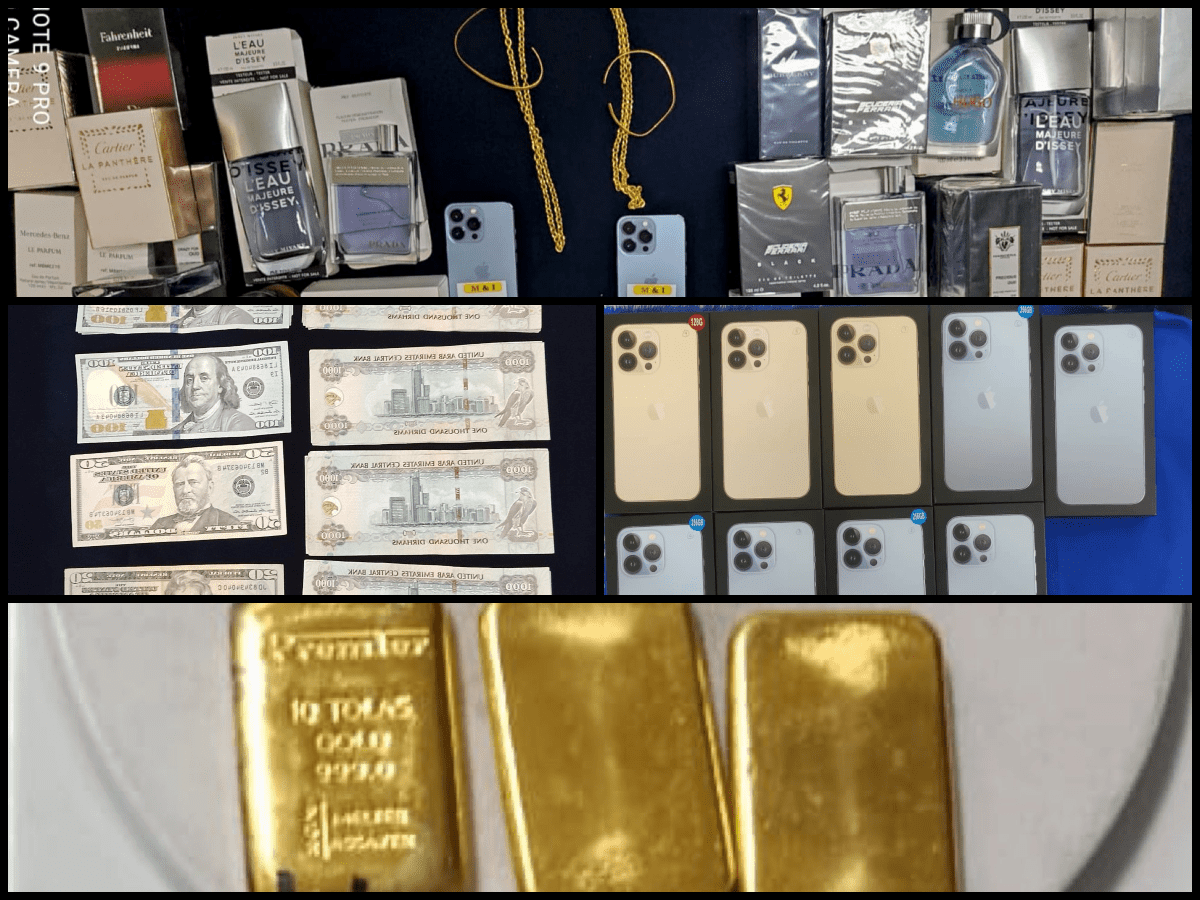 Today two passengers were detained by Hyderabad customs officials for smuggling gold, iPhone and perfumes worth Rs 17, 69,256. The two passengers arrived at RGIA from Sharjah. According to officials, further investigation is on.

Two Sudanese female passengers were detained by the intelligence team of the Central Industrial Security Force (CISF), who stole United States (US) and United Arab Emirates (UAE) currency amounting to Rs 11.49 lakhs. The two female passengers were flying from Sharjah to Khartoum on an Air Arabia G9459 flight.

In another incident, a passenger was detained by the Customs Department’s Air Intelligence Unit for attempting to smuggle in 350 grams of gold. The gold confiscated is valued at around Rs 17.69 lakh. Cases have been filed in the appropriate manner, and an investigation is currently proceeding.

Similarlyk, in another incidence customs officials confiscated nine iPhone 13 Pro worth Rs 8.37 lakh from a male passenger who had concealed it in hand luggage and detained the passenger. He flew to RGIA from Sharjah on Air Arabia G9-458 flight.

Last week, the Hyderabad customs officials at the RGIA have seized gold concealed inside a hand pressure juicer.

The customs officials on November 13, booked a case against a male passenger for smuggling gold of 671.9 grams. He flew in a flight AI952 from Dubai to Hyderabad and the gold extracted from the juicer is worth Rs 34 lakh.

Similarly, two weeks back CISF intelligence team seized foreign currency from a passenger who was traveling to Dubai from RGIA.

The passenger, Syed Khalid, was detained at the Hyderabad airport by the CISF after he was found carrying Saudi Riyals worth approximately Rs 12,86,000 concealed inside his baggage. The CISF seized the currency and took Kalid into custody for questioning.