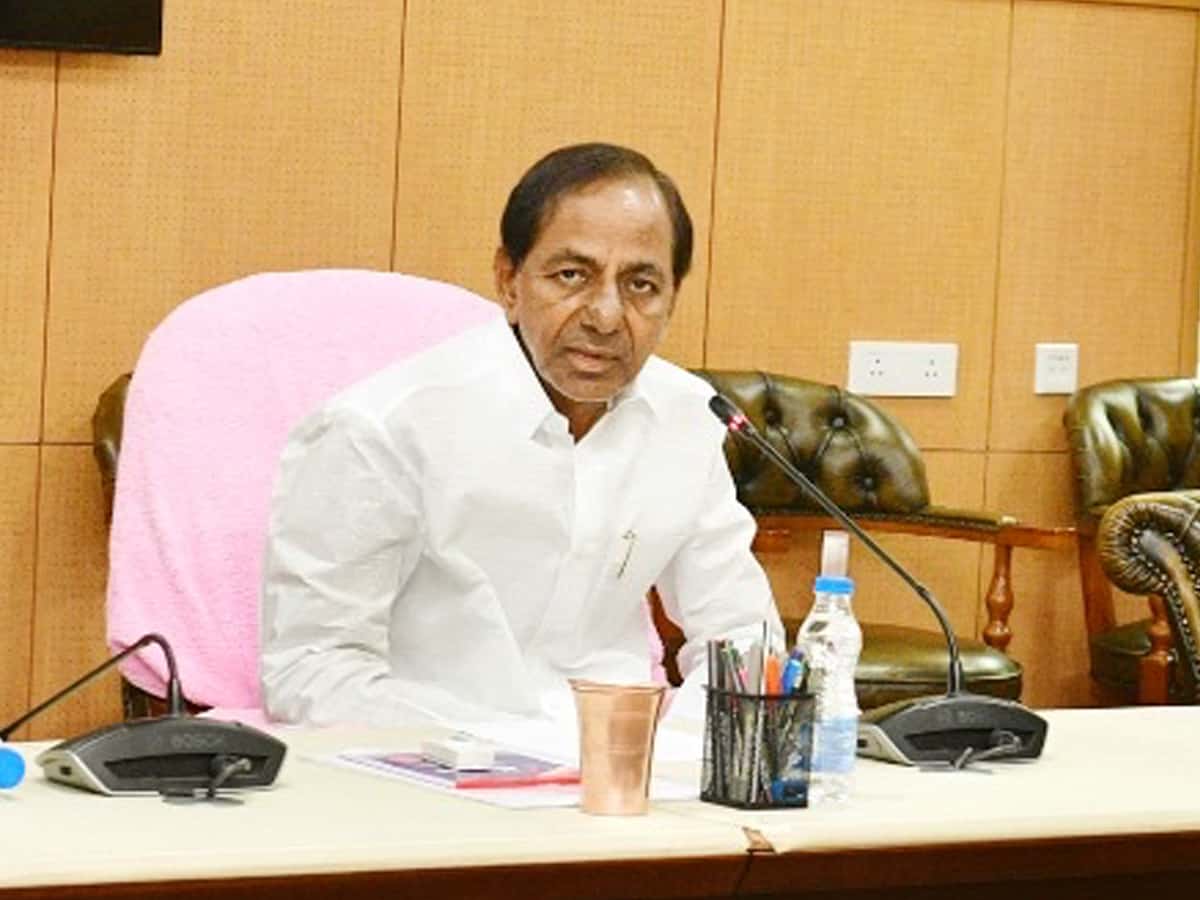 Hyderabad: Telangana chief minister K. Chandrasekhar Rao (KCR) on Sunday tore into the BJP-led central government over the slash in fuel prices by calling it an “eyewash”. Taking a shot at Bharatiya Janata Party’s (BJP) state president and Karimnagar Lok Sabha MP Bandi Sanjay, KCR “warned” him, for allegedly spreading lies about the state government. He also demanded the Centre to bring the price of petrol to Rs 75.

“I am warning Bandi Sanjay: Be careful. If you can get funds,seeds, approvals from Delhi….I request farmers not to believe in such people, as they are misleading. Did he bring a single rupee to Karimnagar? What does he talk in Delhi? Show one development that has been done by the central government,” said KCR, while addressing a press conference from his camp office in Hyderabad.

The Telangana chief minister also said that the Centre should bring down prices of fuel to prices of 2014 (based in international prices), with regards to reducing the state’s tax on fuel. He demanded the Centre to scrap the cess on petroleum products to rein in the prices of petrol and diesel, which have seen a massive hike in recent months (last week however the Centre slashed the prices marginally).

The Telangana Rashtra Samithi (TRS) supremo said that his statements were being made to put an end “to false propaganda” of the BJP on various issues. His press conference comes five days after the TRS lost the important Huzurabad bypoll to the BJP, whose candidate Eatala Rajender (former TRS leader and state health minister) won the seat. The by-election was held as Eatala vacated the seat after being sacked from the state cabinet in May over corruption charges.

“What should we decrease? I am demanding the government of India to remove the cess on petrol and diesel. It is for the benefit of the country. Without any increase of crude oil in the international market, the government of India has put levies on petrol and diesel. It is up to them to withdraw the total cesses. 100% we will do Dharnas to demand for this,” KCR stated, when asked in the Telangana government will reduce the state’s tax on prices.

Asserting that he has improved Telangana with regard to water supply, electricity and schemes for farmers, KCR stated that the Reserve Bank of India (RBI) itself has said that Telangana is the best state in India. “I hold the post of chief minister, so I should hold my constitutional responsibility with the Centre. We have maintained fiscal prudence and are number one in the country,” added KCR.

“Why is the government unable to deliver (on its promises)? Is it not an inefficient government? What is this KRMB GRMB? Is it donga drama. They asked us to withdraw our case from the Supreme Court and we did it,” stated KCR.

Attacking the Prime Minister Narendra Modi-led central government, KCR also said that the three farm laws that the Centre brought in will favour corporates. The Telangana chief minister stated that the ruling TRS will also fight against the farm laws