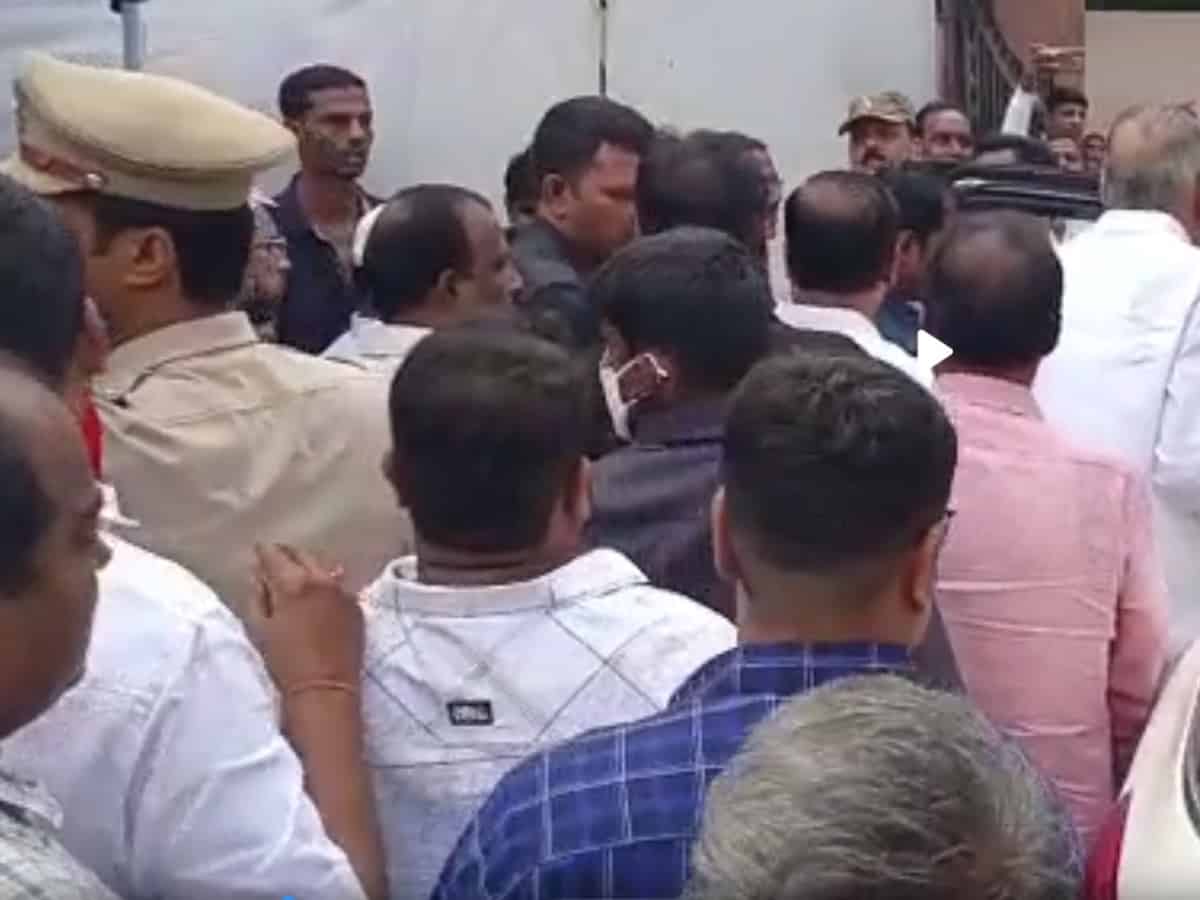 The home minister was attending a program at the function hall on Friday afternoon in Hyderabad. As soon as Mahmood Ali reached the venue, local BJP workers and the supporters of Raja Singh who were present in the function hall raised slogans in support of suspended MLA Raja Singh.

Raja Singh’s supporters denounced the invoking of PD Act against the MLA and his detention at the Central Prison Cherlapally. His supporters also raised slogans against the Telangana government and chief minister K Chandrashekhar Rao and other leaders of the TRS.

TRS party workers in the program also raised counter slogans, which made the situation tense in the function hall. The police immediately swung into action and pushed away the protestors out of the function hall after failing to pacify them.

Additional police forces were rushed to the venue fearing another round of protest outside the function hall by the supporters of Raja Singh. Senior police officials reviewed the situation.