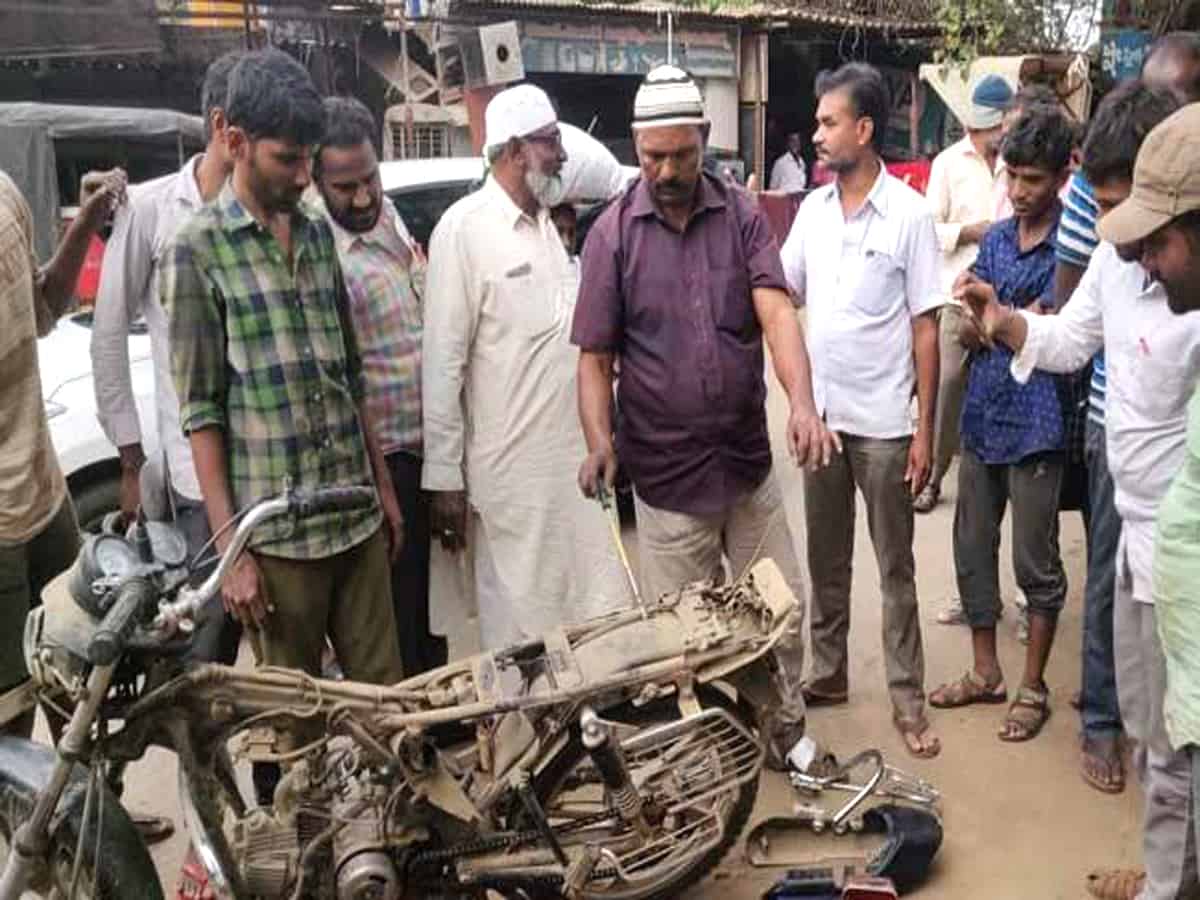 Hyderabad: A mechanic was panicked in Atmakur area in Telangana after he spotted a snake underneath a seat of a bike.

Venugopal, a resident of Bhillupadu village, came to Autonagar in Atmakur to replace a new seat cover for his bike.

While trying to replace the seat the mechanic jumped off the bike seat and panicked when he saw a snake in it. However the mechanic dared to try to pull the snake out.

After more than an hour the snake did not come out and was still hiding underneath the seat upon which the snake was killed. Many bystanders gathered with interest to spot the snake on the bike.