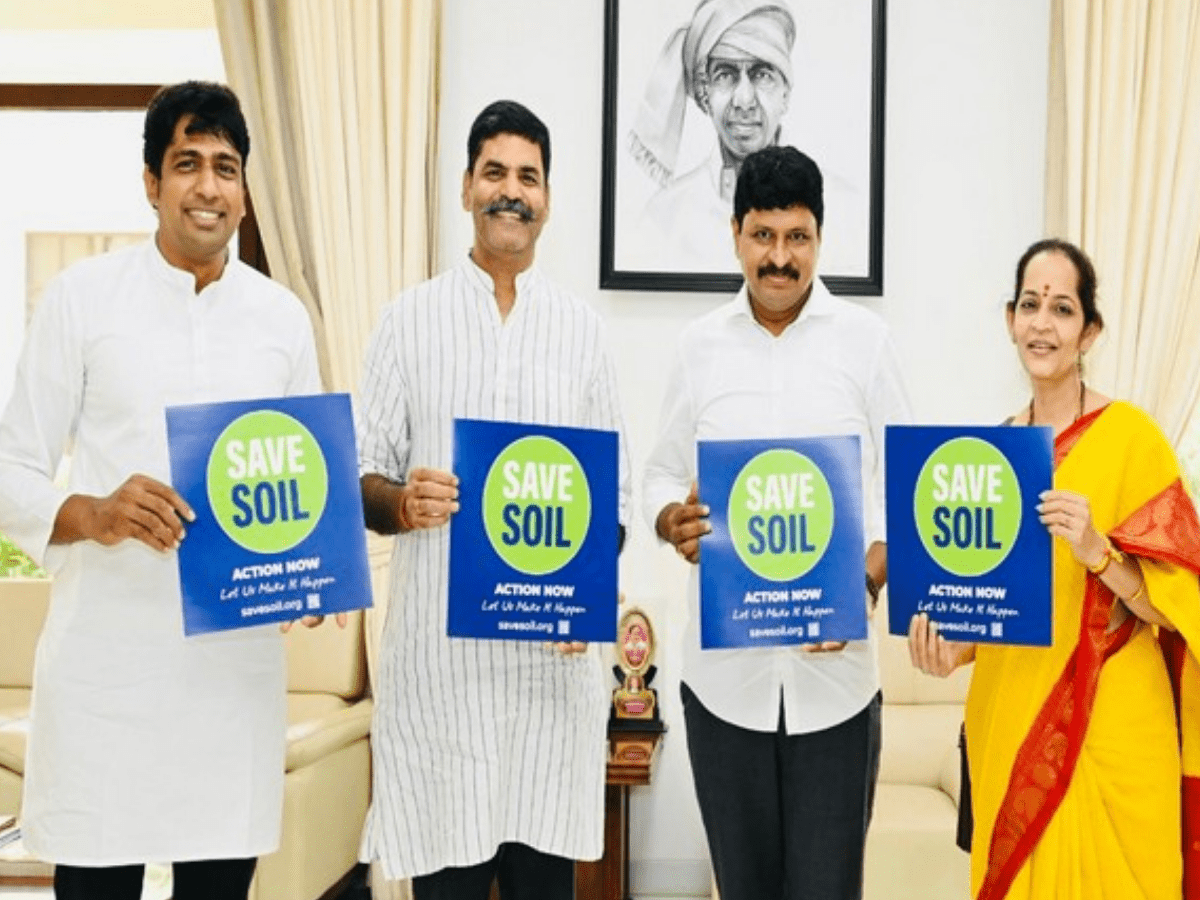 Hyderabad: The Rajya Sabha Member of Parliament Joginapally Santosh Kumar on Tuesday assured to extend support to the ‘Save soil’ movement and said that there was a relation between Isha Foundation’s Save Soil Movement and Green India Challenge Movement.

The representatives of Isha Foundation in Coimbatore, Prasad, Shailaja, and Raghava met the MP Santosh Kumar in Hyderabad and urged him to support the ‘Save soil’ movement led by Sadhguru Jaggi Vasudev.

Speaking on the occasion here, MP Santosh briefed Isha Foundation members that the Green India Challenge Movement, which was launched on July 17, 2018, under the slogan “Hara Hai To Bhara Hai” with the aim of enhancing greenery, has turned into a great revolution in plantation programs today and has reached its intended goal.

MP Santosh coined the slogan ‘Save the soil – keep the plant alive’ and said that there was a relation between Isha Foundation’s Save Soil Movement and Green India Challenge Movement, similar to the relation between Soil and Saplings.