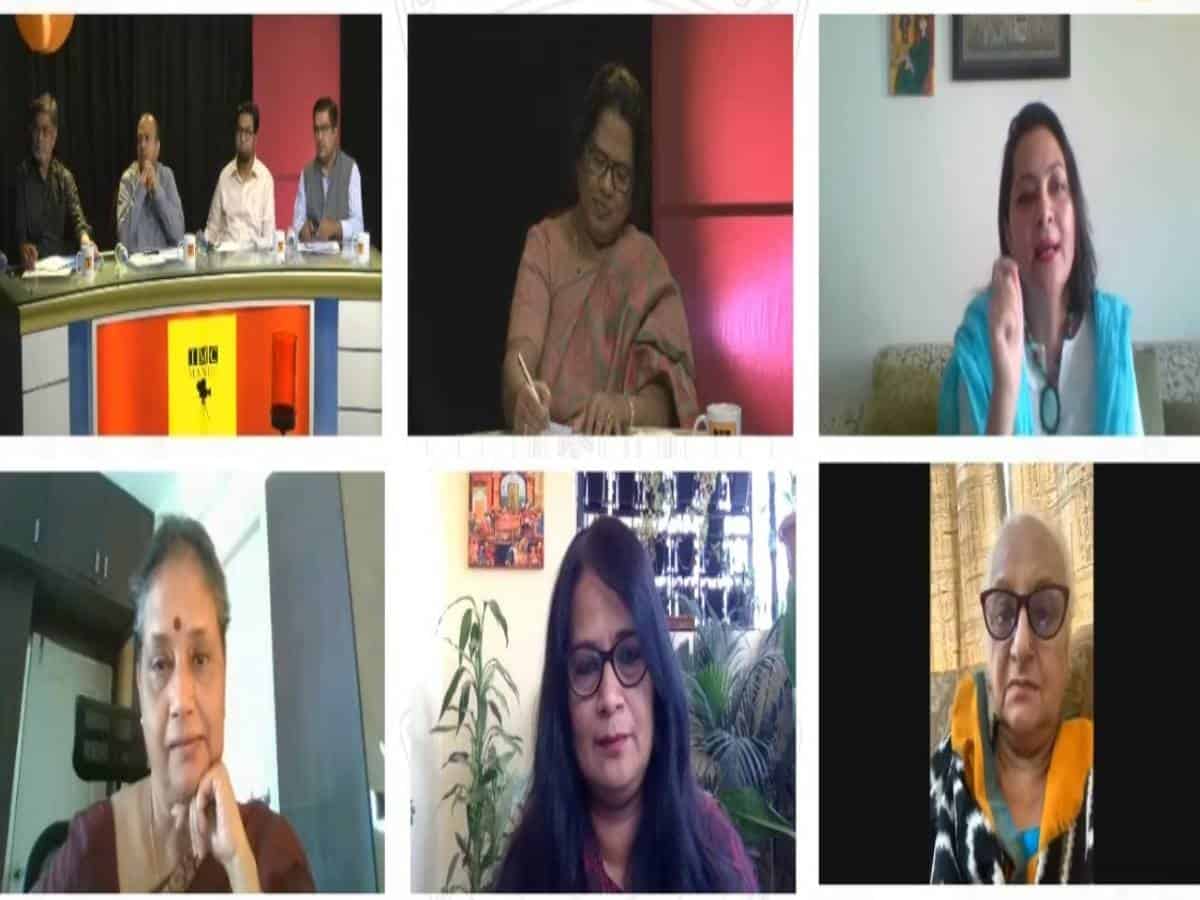 Hyderabad: Representation of women as journalists in media houses is lacking along with the coverage of the women issues, both needed to be improved.

Women activism in leading various peaceful protests is a sign of healthy democracy.

These views were expressed on Wednesday by eminent journalists in a webinar organized by the Centre for Women’s Studies and Dept of Journalism and Mass Communication, Maulana Azad National Urdu University (MANUU) in collaboration with Population First supported by UNFPA and Norwegian Embassy.

Ms Aarfa Khanam believed that women at the front lines of protests are like a ray of hope in the darkness. The market demands the presence of women on the screen. Everyone talks about empowering women, but the important thing is how do the women exercise their empowerment, she asked.

Mr Amer Ali Khan described social media as a new field for women to express their views. The number of Muslim women is relatively low in Media including Urdu Media because it is difficult for them to maintain the balance between professional requirements and domestics compulsions. Muslim women, although educated, find it difficult to take up jobs, especially after marriage. He also spoke about the efforts by Siasat Urdu Daily in the economic upliftment of minorities especially women.