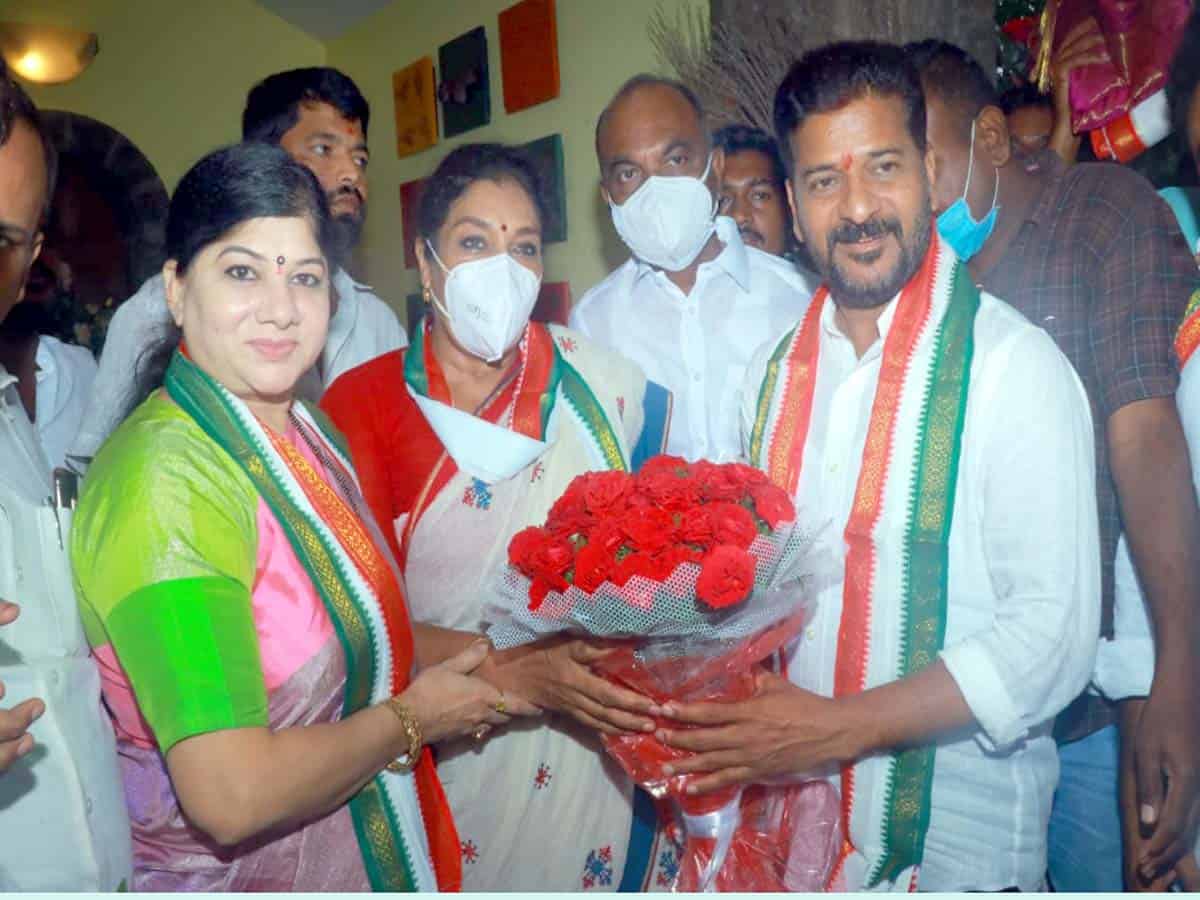 Hyderabad: The newly elected TPCC president A. Revanth Reddy on Friday has asked the party leaders to stone those leaders who leave the party after becoming its public representatives.

He said that they would fight till the cancellation of the membership of 12 party MLAs who have left the party. He made these remarks after calling on the AICC secretary SA Sampath Kumar.

Speaking on the occasion he said that they would teach a befitting lesson to CM KCR in the upcoming elections.

He demanded the MLAs who have left the party to resign from their posts and contest in the elections afresh.

He also demanded the assembly speaker to take action against all the defected mlas of the party. Revanth later called on the former union minister Renuka Chowdhary.