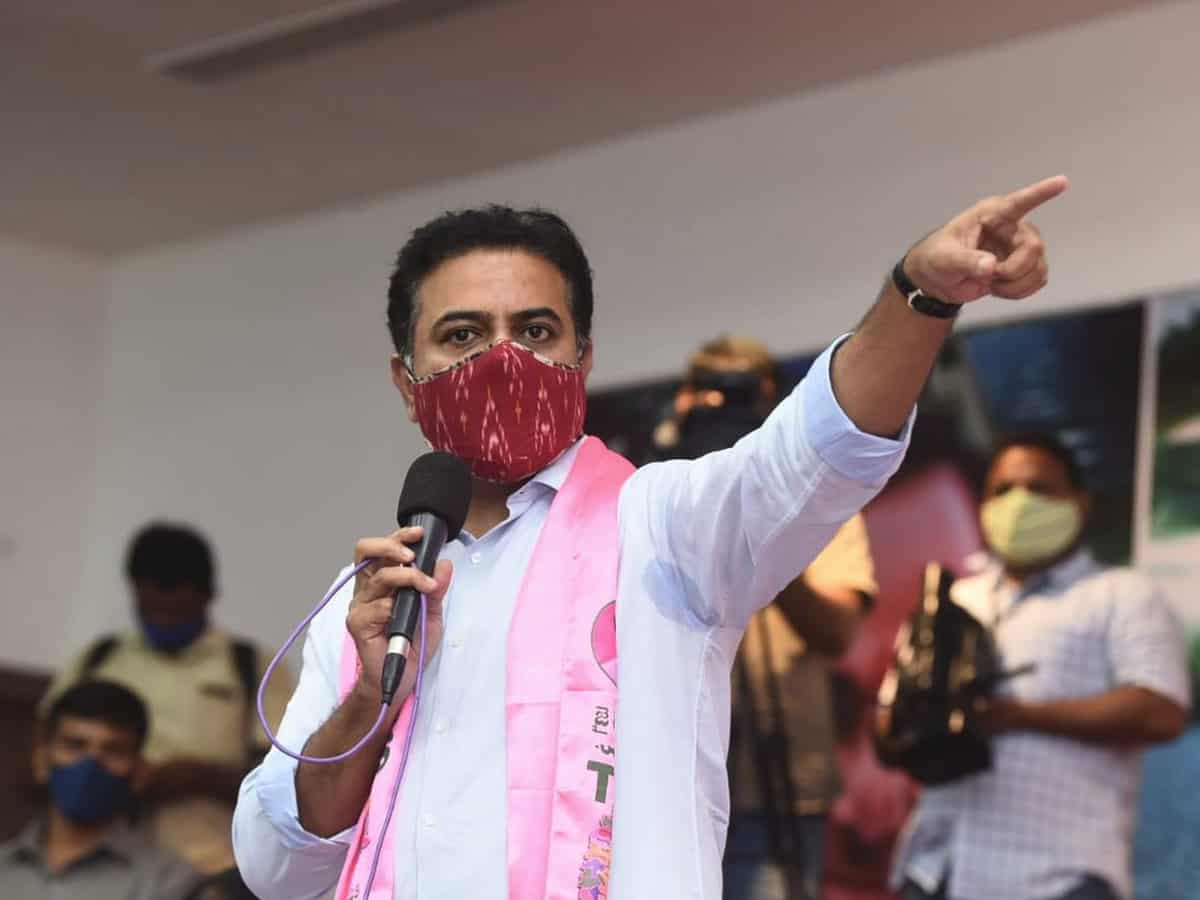 Hyderabad: There is no smoke without fire. This is how political watchers in Telangana sum up on the romour mills working relentlessly on the prospects of the ‘prince’s coronation’ for the last few days. Of course, this is not the first time the talk of the 44-year old K.T. Rama Rao succeeding his father KCR as the Chief Minister of the country’s youngest state that dominated the public discourse.

In September 2019, on the floor of the state’s assembly, Telangana Chief Minister K. Chandrasekhar Rao deftly avoided what many see as the inevitable succession drama within his party. “I will not let my son (K.T. Rama Rao) to succeed me as chief minister since I am hale and healthy and want to lead my state for three terms with full vigour,” he had said.

The die is cast when K. Chandrasekhar Rao has created the post of working president in the party for his son soon after his return to power in 2018. Thus, KTR became number two in the party and heir apparent to KCR since then by edging several senior leaders and even his cousin T. Harish Rao out of race. The power transition should have happened then itself had the KCR not miscalculated over his role in national politics after the outcome of Parliament elections in 2019 that gave Narendra Modi a resounding victory.

Though KTR, a graduate in Marketing and E-Commerce from City University of New York was parachuted in the Telangana politics before the TRS came to power.

Rama Rao, presently holding the IT and Municipal and Urban Development portfolio in his father’s cabinet, is already running the show in the government like a de facto CM. When KCR is accused of confining himself to his farm house, KTR is doing almost everything what a CM is constitutionally obligated to do. Rama Rao even convened a cabinet meeting sometime back in the absence of the CM, thus becoming an unbeatable power centre in the government. The party revolves around the young leader. Incidentally, he has emerged as an unparalleled leader in such a way that the party fought several elections under his leadership.

When Harish Rao, KCR’s nephew and Finance Minister is playing second fiddle to the Chief Minister’s first family, the latter’s daughter K. Kavitha joined the power battle with her latest stint as an MLC. She has now become politically active after her year-long hibernation since she lost the election in Nizamabad Lok Sabha segment.  Immediately after she went to the legislative council by representing local bodies from Nizamabad constituency, Kavitha was projected in the media as a probable ministerial aspirant in the next cabinet rejig which was on the cards then. But the talk of cabinet expansion got eclipsed by the current discourse on the KTR’ coronation.

In what appeared to be an off-the-cuff remark of the party senior leader and Health Minister Etela Rajendra in a TV interview turned out to be a trigger to fuel the latest round of speculations on KTR stepping into his father’s shoe. Soon, he was joined by a battery of TRS leaders and lawmakers in the chorus. They included Deputy Speaker T. Padma Rao who publicly declared KTR as CM in waiting at a function. The KCR’s conspicuous silence is regarded as the tacit acceptance for the KTR’s ascendency to the throne which obviously let loose hordes of TRS leaders making the pitch for KTR as the   next CM.

The hush-hush in the power corridors cited the KCR’s `failing’ health as the reason for the so-called hurried plans of power transition. An analyst, Zakir said it is like now or never for the TRS patriarch for different reasons. KCR wants to make hay while the sun shines. The declining KCR’s popularity graph that manifested in the Dubbaka by-election and the GHMC elections may have prompted him to pass on the baton to his son before the situation goes out of hand, Zakir stated.

If everything goes as expected, the state will see KTR in the CM gaddi  before the party’s plenary due on April 27.