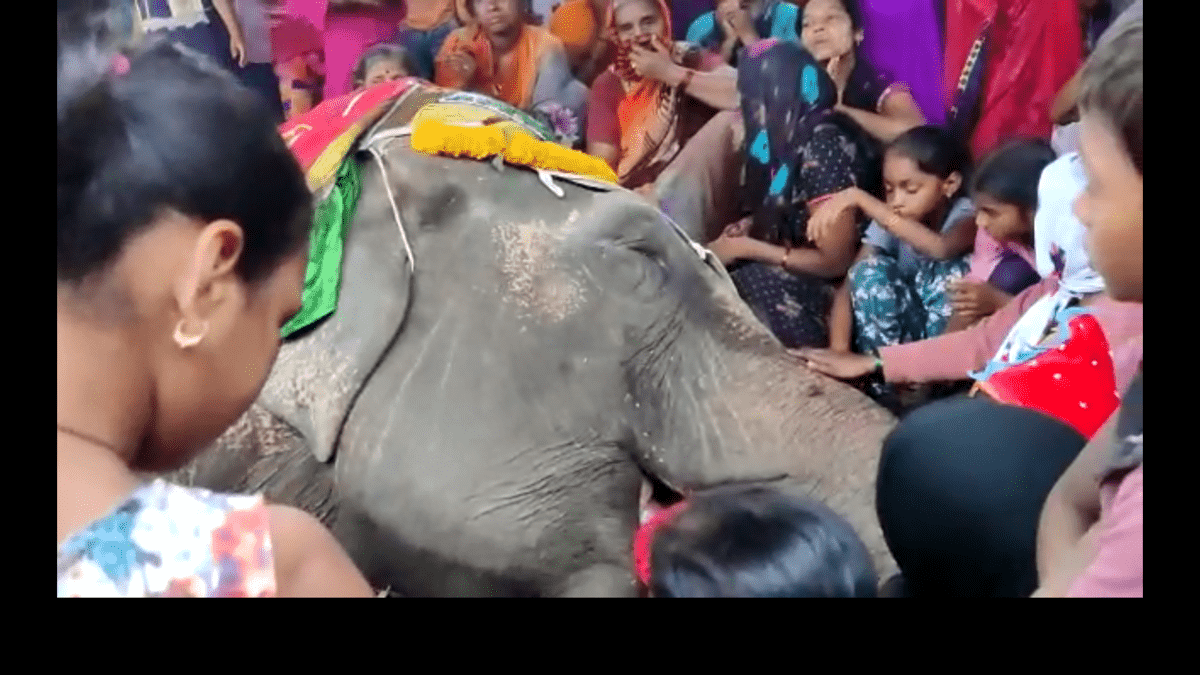 Hyderabad: The elephant Sudha Rani, who took part in Hyderabad’s Muharram and Bonalu processions in 2019, passed away on Monday in Karnataka. A number of villagers paid their respects to the animal before she was cremated in the same evening.

Sudha belonged to the Mahalaxmi Saraswati Temple of the Chippalkatti village in Karnataka’s Belgaum. She was looked after by Najeer Alam Hathiwala for 40 years before she passed away early today.

Sudha had reportedly been suffering from a foot ulcer on her right hind leg and had been undergoing treatment for a month. “She was on medications, was recovering slowly, but was still in pain,” said Alam while expressing his grief, to Siasat.com.

Due to the sore in her foot, Sudha was unable to lie down or move around. “She wasn’t able to lie down to sleep and hence was unable to heal faster, as she kept standing and did not rest her leg. The doctor told us to help her lie down to speed up the healing process and relieve her of some pain. We did so but due to weakness in her legs, she wasn’t able to stand up again,” he added.

Sudha was given saline and medications to improve her strength but failed to stand up even then. She passed away at 4 am on Monday after writhing in pain for several hours.

Alam, a Muslim by birth, dropped out of grade seven to look after Sudha. When he was asked about his livelihood after Sudha’s death, he responded by saying, “Jo mata ki marzi!” (Whatever the goddess wills!).

Alam choose to stay back at the temple, as Sudha was taken away to the cremation ground for her last rights, saying that he would not be able to bear the pain.