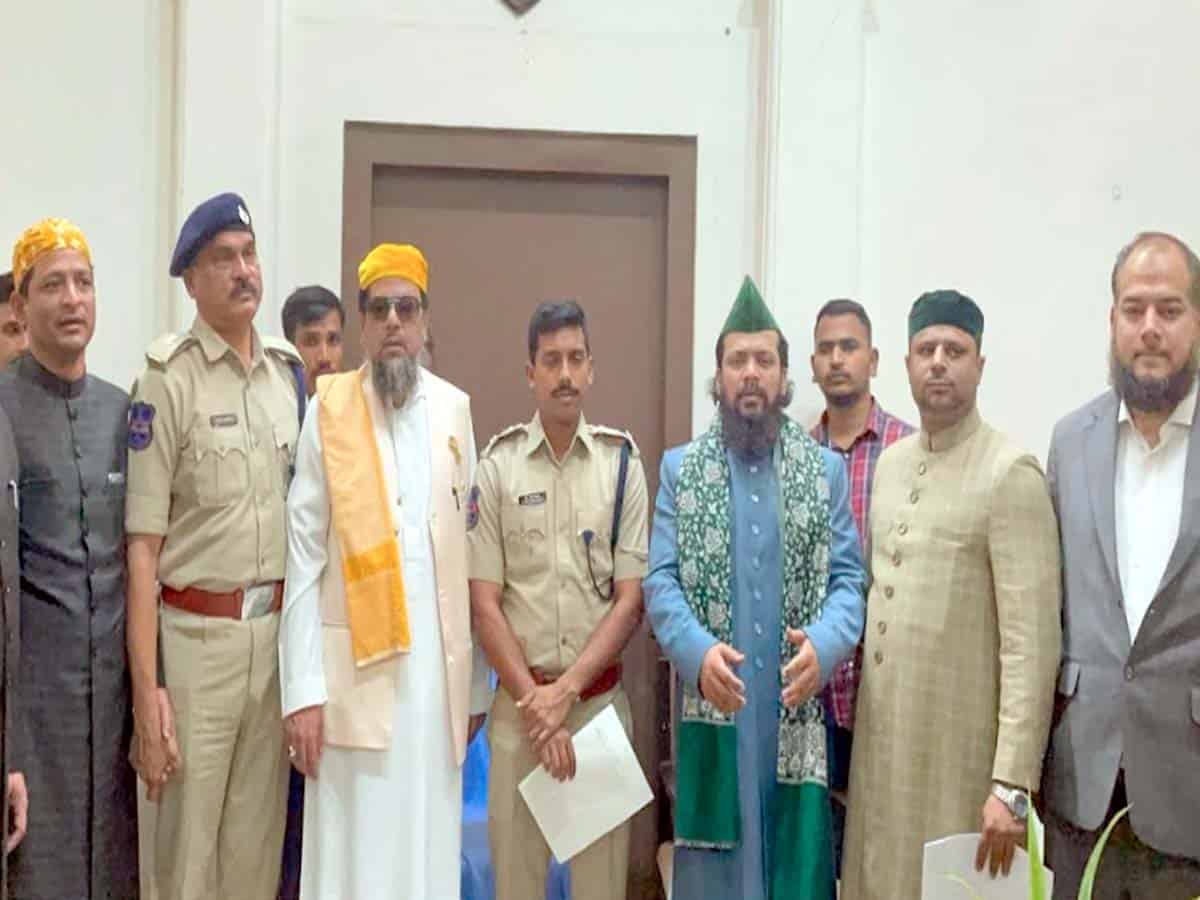 Hyderabad: Denouncing the defamatory statement against the Sufi Saint Hazrat Khwaja Moinuddin Chisty by BJP Goshamahal legislator T Raja Singh, a delegation of Sufi organizations under the banner of “Muttahida Majlis-E-Mashaikh” on Monday filed a complaint with DCP South Zone.

The delegation in their petition had alleged that the Goshamahal constituency BJP MLA Raja Singh has deliberately hurt the sentiments of millions of followers of Sufi Saint Hazrath Khwaja Moinuddin aka Ghareeb Nawaz of Ajmer Rajasthan.

Though shrine of the saint is visited by millions of people from all faiths and religions, the irresponsible statement of the legislator is a matter of concern.

They also alleged that the MLA had used highly objectionable and offensive words against the pious personality and his statement is aimed at promoting enmity between different groups and communities and might create law and order issue in the Old City.

Since the statement of Raja Singh is insulting and a threat to National integrity, brotherhood and tranquility of the society, hence a case should be booked against Raja Singh under relevant sections of the Indian Penal Code (IPC).

Recently Raja Singh in a public meeting made an alleged statement against the Sufi Saint of Ajmer Rajasthan and this has resulted in outrage on social media too.