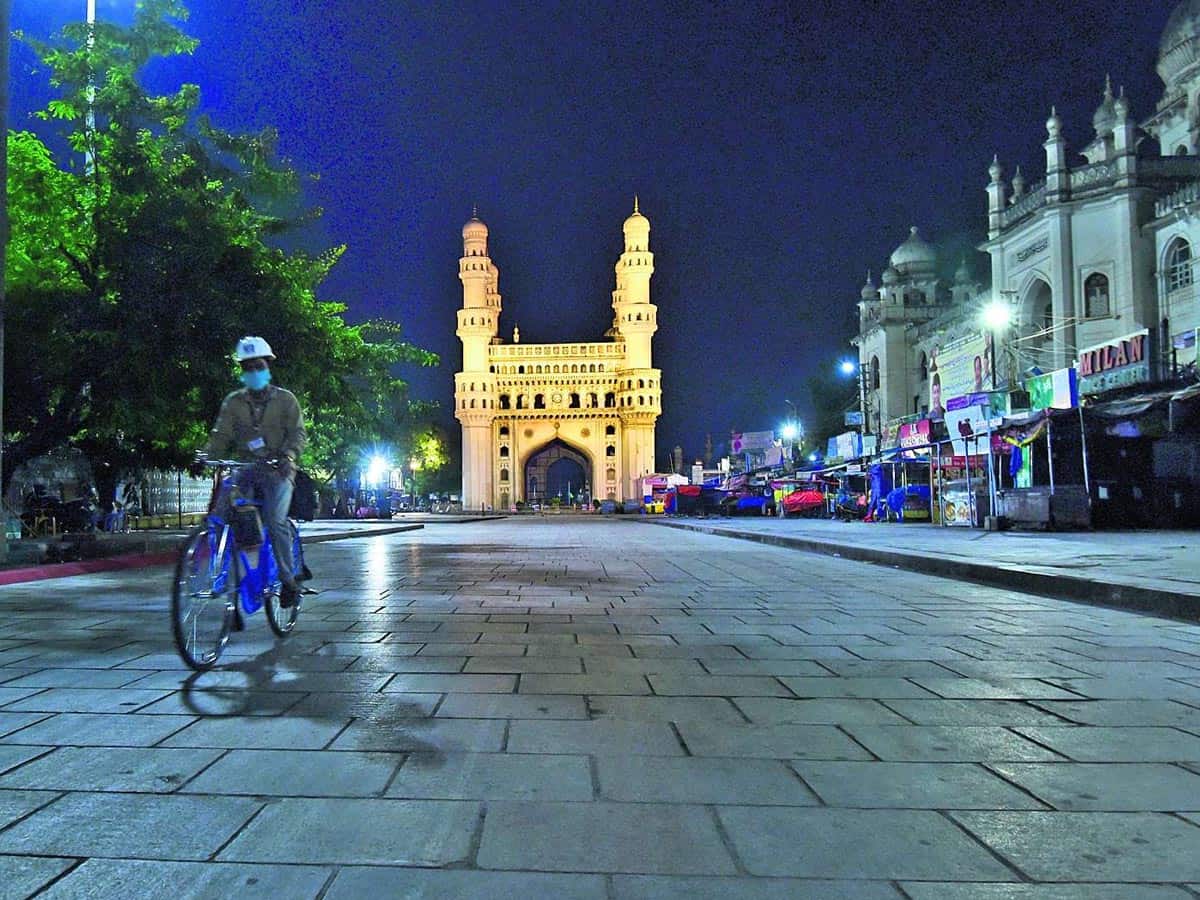 Hyderabad: A traffic-free and pedestrian-friendly “Sunday Funday” programme titled “Ek Shaam Charminar ke naam” will be held at the historic Charminar of Hyderabad from today.

The local authorities and the city police have organised the programme to provide residents of the city with an entertaining, fun and frolic event which will also be used to spread awareness on various issues of public importance.

The event is inspired by the continuation of a similar programme for eight weeks now at the upper Tank Bund road of Hyderabad.

“With the success of Sunday Funday programme at upper Tank Bund road which has been happening in Hyderabad for last eight weeks now, we felt that the iconic place of Charminar is also another place which can be used for similar entertainment, fun and frolic and intermingling of people,” said Anjani Kumar, Police Commissioner, Hyderabad.

“Communities can be educated and made aware of things such as how to prevent theft by servant, drivers theft and other similar programmes. So we look forward to have a successful program at Charminar,” he said.

The event will be inaugurated with the performance of the Hyderabad police band.

“The police department is also actively participating in this, the event will be inaugurated with Hyderabad police band which is quite famous and subsequently it will be used for various police initiatives which are citizen-centric,” said the Police Commissioner.