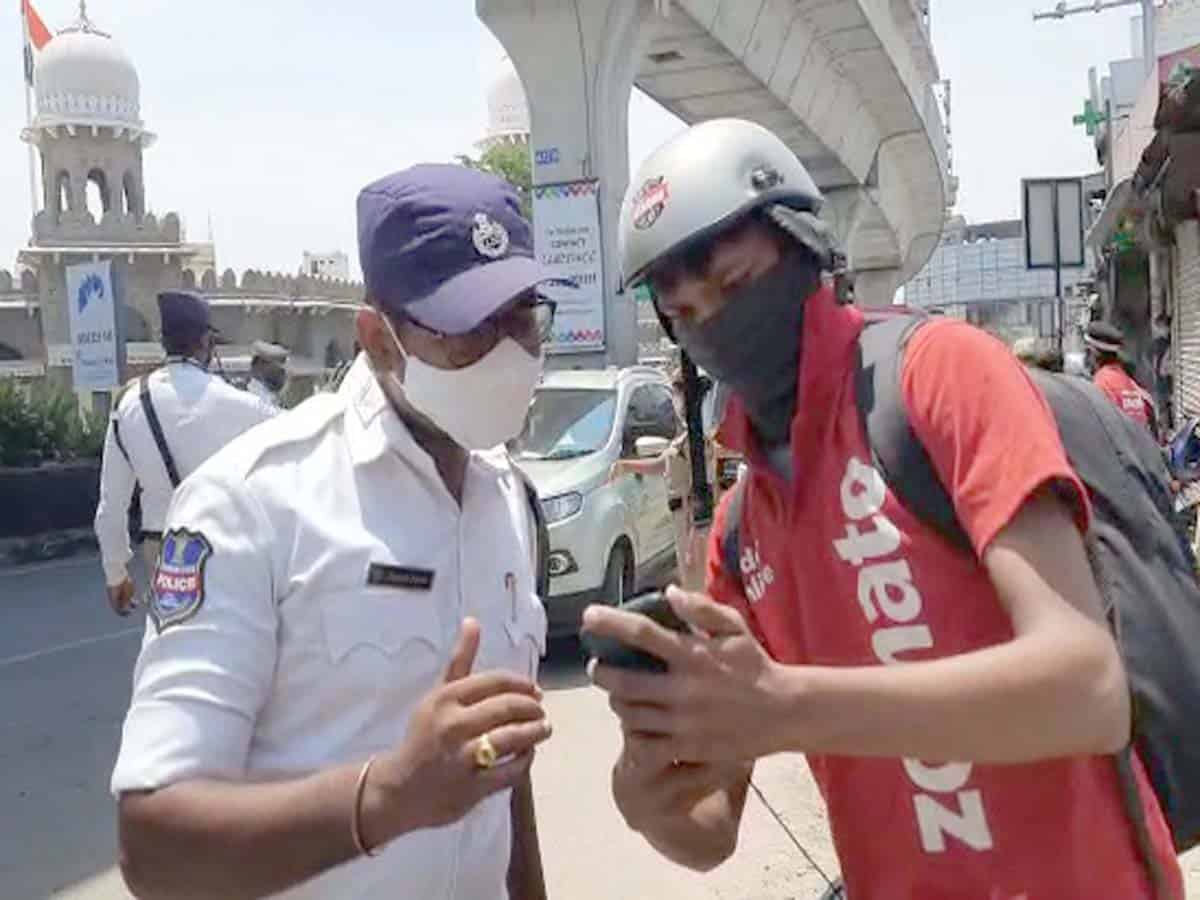 Hyderabad: Home food delivery services like Swiggy,Zomato were affected on Saturday remained unserviceable in many parts of greater Hyderabad after random police crackdown on lock down violators.

After the relaxation hours at 10am, the police forces stopped those vehicles moving on the main roads, among which majority of them were the delivery boys belonging to Swiggy and Zomato .

Though police were particular about allowing only those who have all the permissions in place. “Unabated movement of delivery boys is being curtailed for frequent violations” said a senior officer.

“Though Government has allowed the home delivery services by the virtue of an G.O, during the lock down, but the police targetted us and seized the bikes causing inconvenience to the public” said Mohammed Yousuf a delivery boy.

After the Chief MInister KCR’s rap on police department in implementing the lock down in true spirit, the top police brass including the DGP Telangana M Mahender Reddy and Police Commissoners of three police Commissionerates were swung into action and found at check posts supervising the enforcement work.

Since commencing of the lockdown, the police first time were found using force and weilded lathis in many parts of GHMC.

In the meantime, the AIMIM Chief and MP Hyderabad Asaduddin Owaisi has taken a strong objection of the police acation against the delivery boys. “If the Govt. has decided to not allow food deliver, then please amend the G.O. Till such an amendmen is made, food delivery personnel should not be stopped” said Owaisi in his tweet.