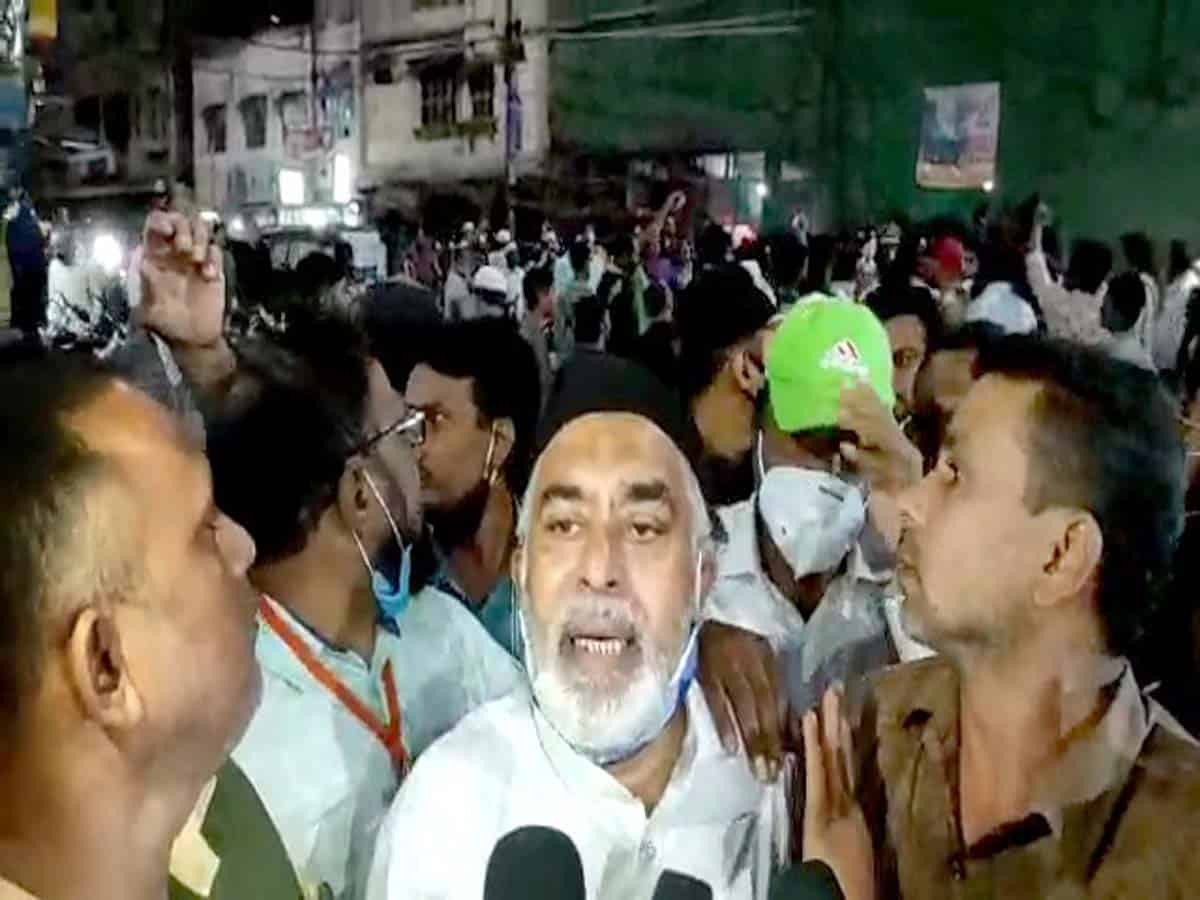 Hyderabad: Famous social worker from old city Syed Saleem was released from Chanchalguda jail on Thursday evening. During the release, the south zone police have made elaborate bandobust near the jail premises.

After the release, Saleem informed media that he will continue to raise his voice against injustice being meted out by those are in power. He alleged that, his arrest in two cases was a part of planned conspiracy by a party.

He told that in the recent times he has raised his voice against the loot of private hospitals especially one Esra hospital which had collected sixteen lakhs from a deceased COVID-19 patient’s kin and even they charged 1800 rupees towards the mortuary charges.

Despite having crores of rupees there are many bigwigs who are only distributing bread and omlet among the poor.

” I am thankful to noted lawyer Mohammed Muzaferullah Khan who had been instrumental in helping the oppressed and extending legal aid” said Syed Saleem.

Last week he was arrested by the sleuths of cyber crimes of CCS police after he allegedly made a inflammatory statement Prime Minister of India Narendra Modi and Uttar Pradesh Chief Minister Yogi Adityanath.

The Nampally Metropolitan courts on Wednesday granted bail to him and directed to furnish two sureties of ten thousand each.