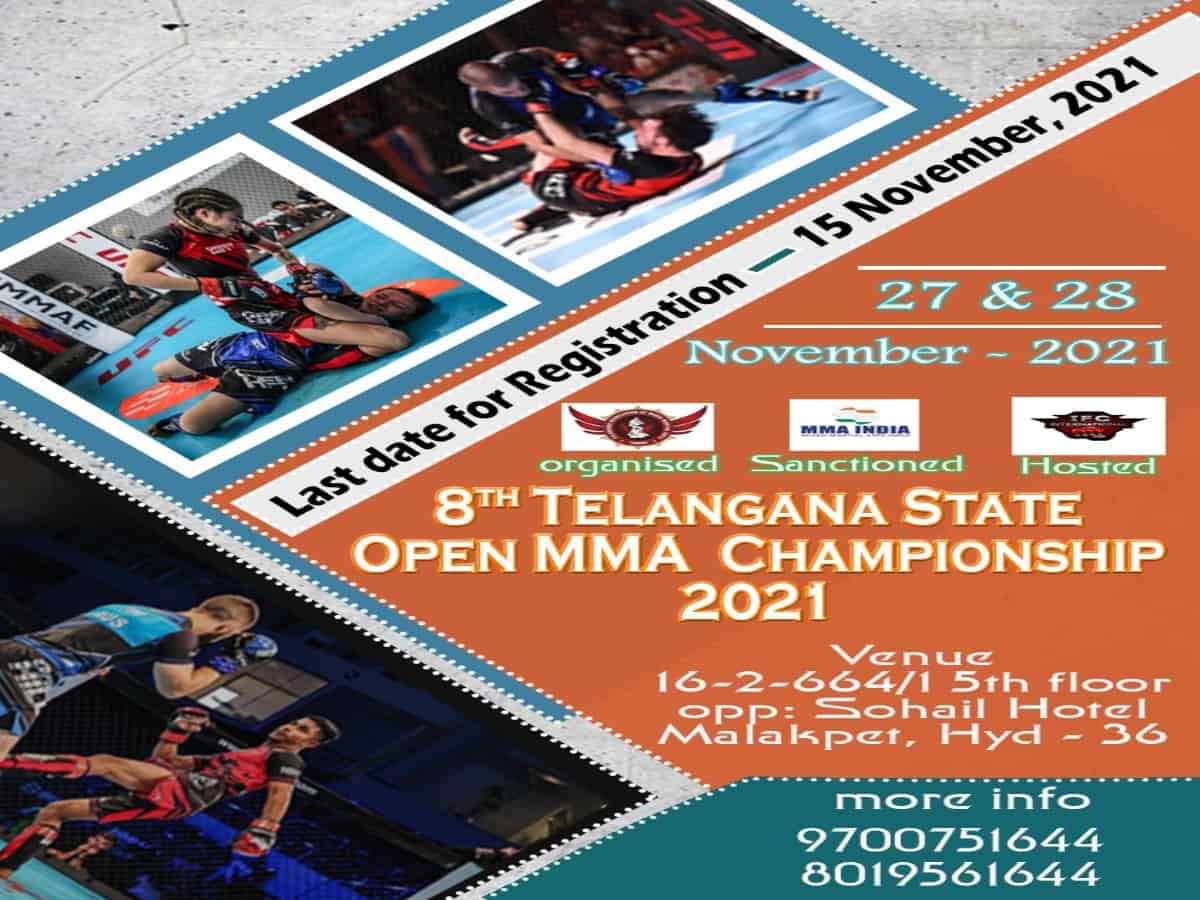 Hyderabad: The Telangana Association of Mixed Martial Arts (TAMMA) on Tuesday confirmed dates for the 8th open state-level Mixed Martial Arts (MMA) championship. Sheik Khalid, the founder of TAMMA, said that it is a good opportunity for MMA fighters of the city to get exposure at a competitive tournament.

The open championship is going to be held on November 27 and 28 at the International Fighting Club (IFC), Malakpet, and the last date for the registration is 15 November.

Speaking to Siasat.com, Shaik Khalid, who is also the organiser, said that he believes one day Hyderabad will become the fighting capital of India as there is an abundance of talent here. “The fighters here are hungry. I’ve never seen anything like this in other cities,” he added.

Further, he said that he wants to make sure to provide deserving fighters a platform where talent and hunger meet exposure and opportunity.