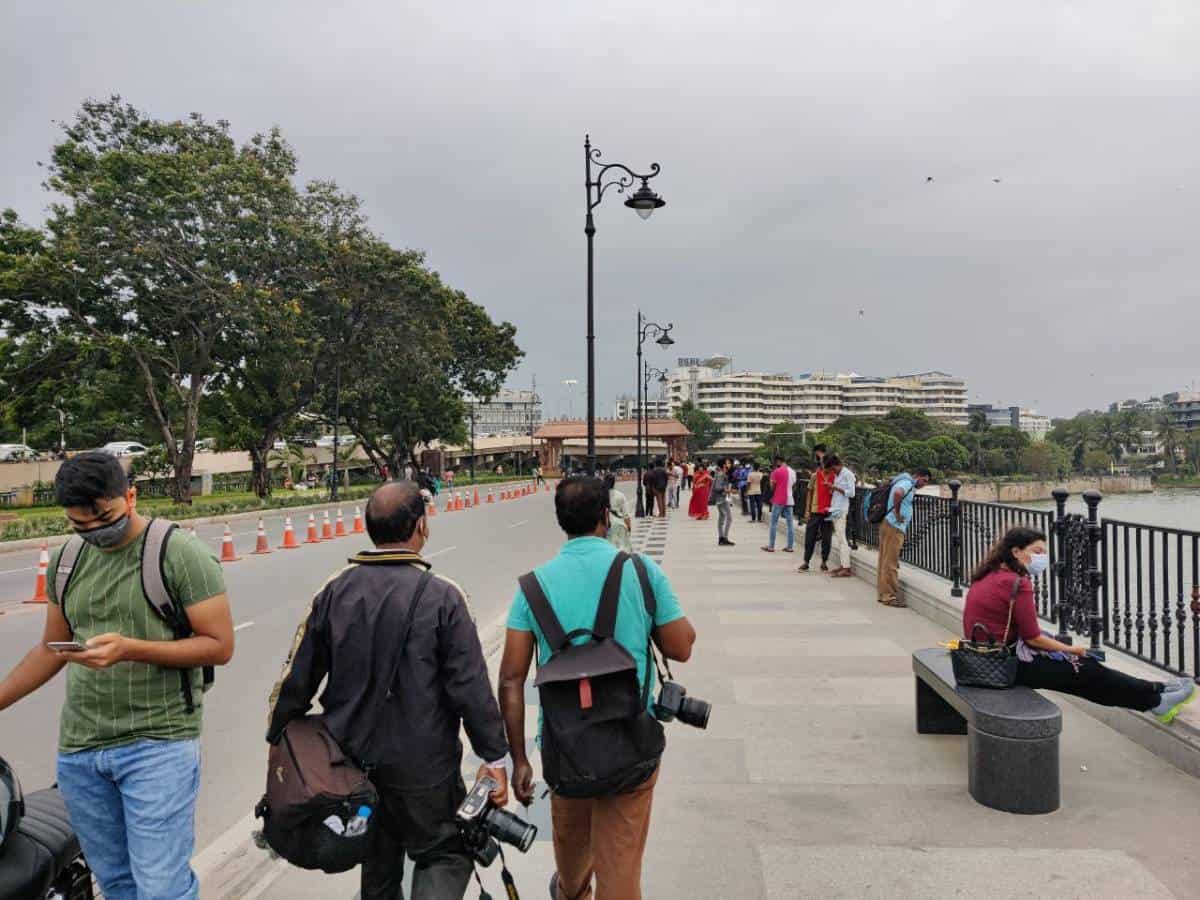 This move came about after KTR asked the city police to consider traffic restrictions during evening hours every Sunday, to ensure the popular hangout spot was enjoyed by the local populace.

Following the state minister’s directives, a traffic diversion map was put out by the city police earlier this week to ensure that the area around Hussainsagar is more pedestrian friendly. Twitter was abuzz on Sunday with photos of the Tank Bund less crowded making it for people to move around and enjoy their Sunday evenings.

A video tweeted by the Hyderabad city police showed a group of women thanking police officials on the new initiative.

The city commissioner of police Anjani Kumar had said earlier this week that the traffic would be barricaded and redirected on both sides of the bund: from Telugu Talli flyover and Secunderabad area every Sunday and alternative routes like Necklace road was suggested to drivers so that they can reach their destinations without any hassle.