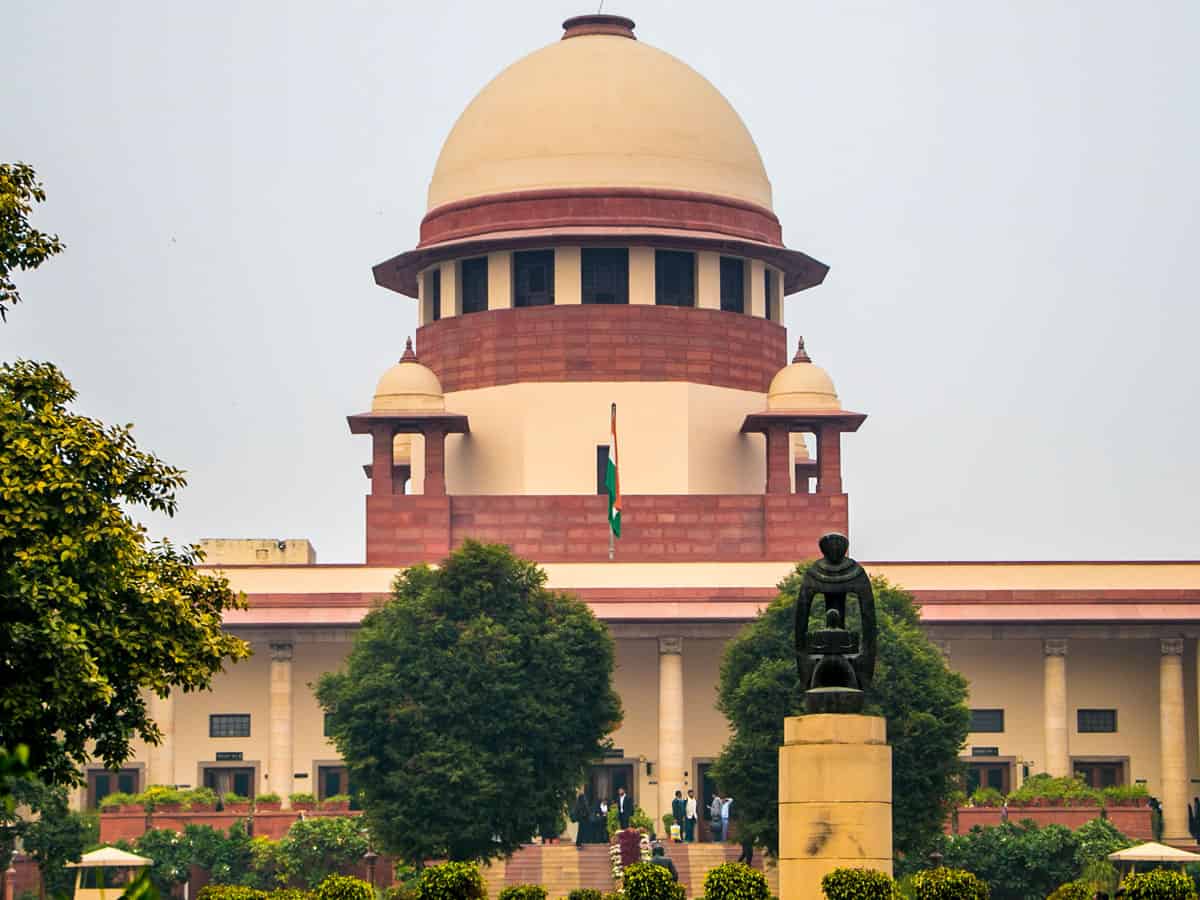 New Delhi: The Supreme Court on Tuesday granted two weeks to the Telangana government to deposit Rs 2.5 lakh costs imposed on it, when the court declared “unconstitutional” a government order, issued by erstwhile Andhra Pradesh government, providing 100 per cent reservation to the Scheduled Tribe candidates on teachers’ posts in schools in the scheduled areas.

The bench added: “On such deposit, the Registry is directed to transfer the said amount to the Mediation and Conciliation Project Committee (MCPC). With the above directions, the misc. applications stand disposed of.”

The top court issued the direction while considering an application in the civil appeal, where a five-judge bench of the top court had quashed the GO, and quantified the cost of appeal at Rs 5 lakh, to be shared equally by Andhra Pradesh and Telangana.

The top court, in its order, said: “As per Office Report dated May 19, 2022, the state of Andhra Pradesh has deposited a sum of Rs 2,50,000 towards costs, as imposed by this court. Let the above amount be transferred to the Mediation and Conciliation Project Committee (MCPC) forthwith.”

It said its judgment will be prospective, not retrospective and held the existing appointments made in excess of 50 percent reservation would survive. However, the top court added that in future they would cease to be effective, which gave relief to the tribal teachers, who were already appointed. It also directed the state governments to not exceed the limits of reservation.