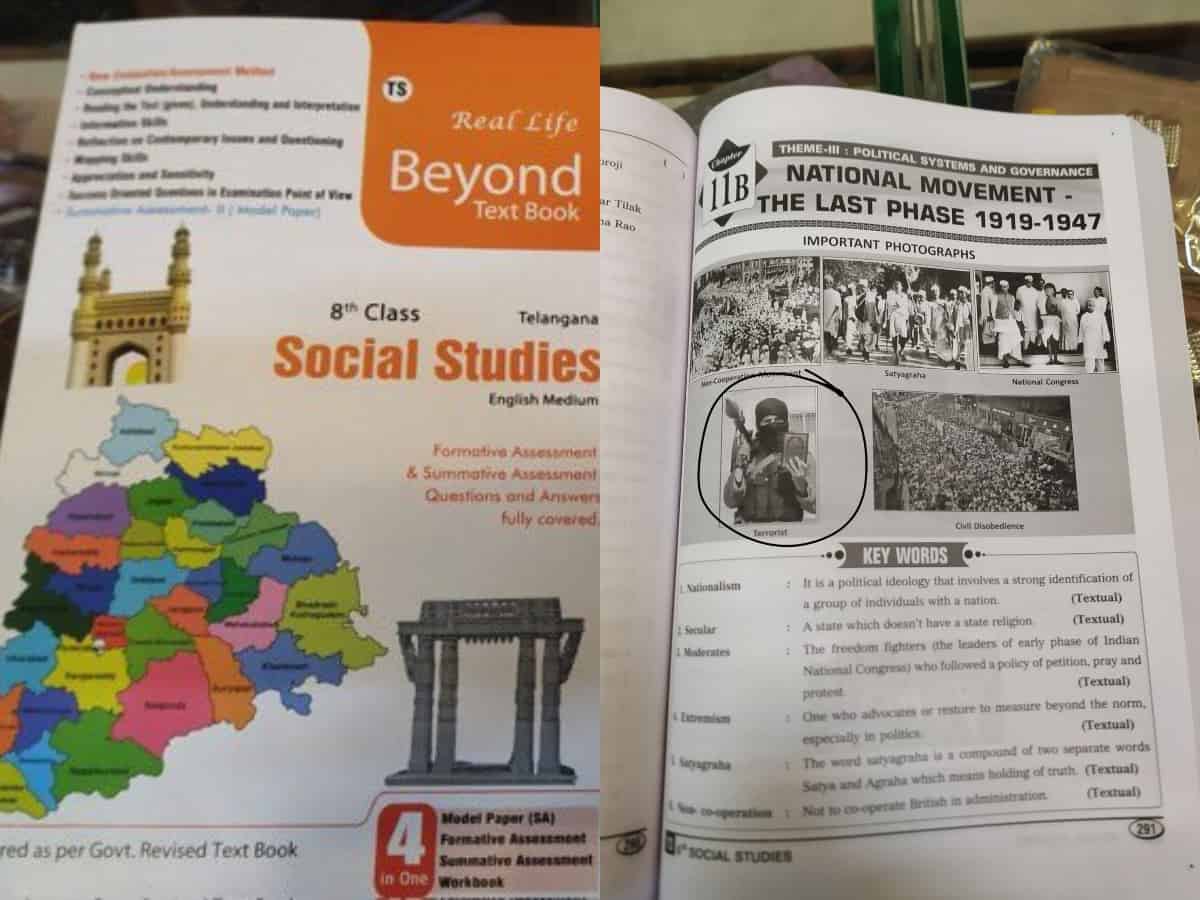 Hyderabad: Telangana state board of education has come under severe criticism for portraying the image of a terrorist holding a gun in one hand and the Quran in the other in a social studies textbook meant for class 8 students.

The image is a part of a series of other images present in a chapter titled ‘National Movement – the last phase 1919-1947’. While the remaining images portray Indian freedom fighters like Gandhi and Nehru as resisting the British empire’s rule, this image stands out.

The image of the “terrorist” not only does not fit in with the rest of the chapter but also cunningly clubs Islam and terrorism as one and the same. This is made worse by the fact that the front of the study material reads “prepared as per government revised textbook.”

A student activist from Hyderabad, Shaikh Aslam who was the first to point this out from his sibling’s book said that this humiliates the Muslim students, teachers, and the community, and also will lead to the destruction of unity and integrity of the country.

Further, he demanded immediate action against those writing and approving this book.

Another local of Hyderabad Ghani Khateeb added that not only one but, many publishers publish this and pointed out an example from VGS publisher’s from the city.

State president of Students Islamic Organization (SIO), Dr Talha Fayazuddin also released his statement on the issue on Saturday and said that the 8th class, social studies textbook, is creating and propagating stereotypical and hateful views towards a specific community.

“Showing a person holding a “gun” in his right hand and the Holy Quran in the left hand is discriminatory and hateful content which destroys harmony, unity, and integrity of the society,” he stated.

SIO demanded the education ministry take action against such irresponsible and ‘propagandist behavior’ and warned not to approve such distracting content.