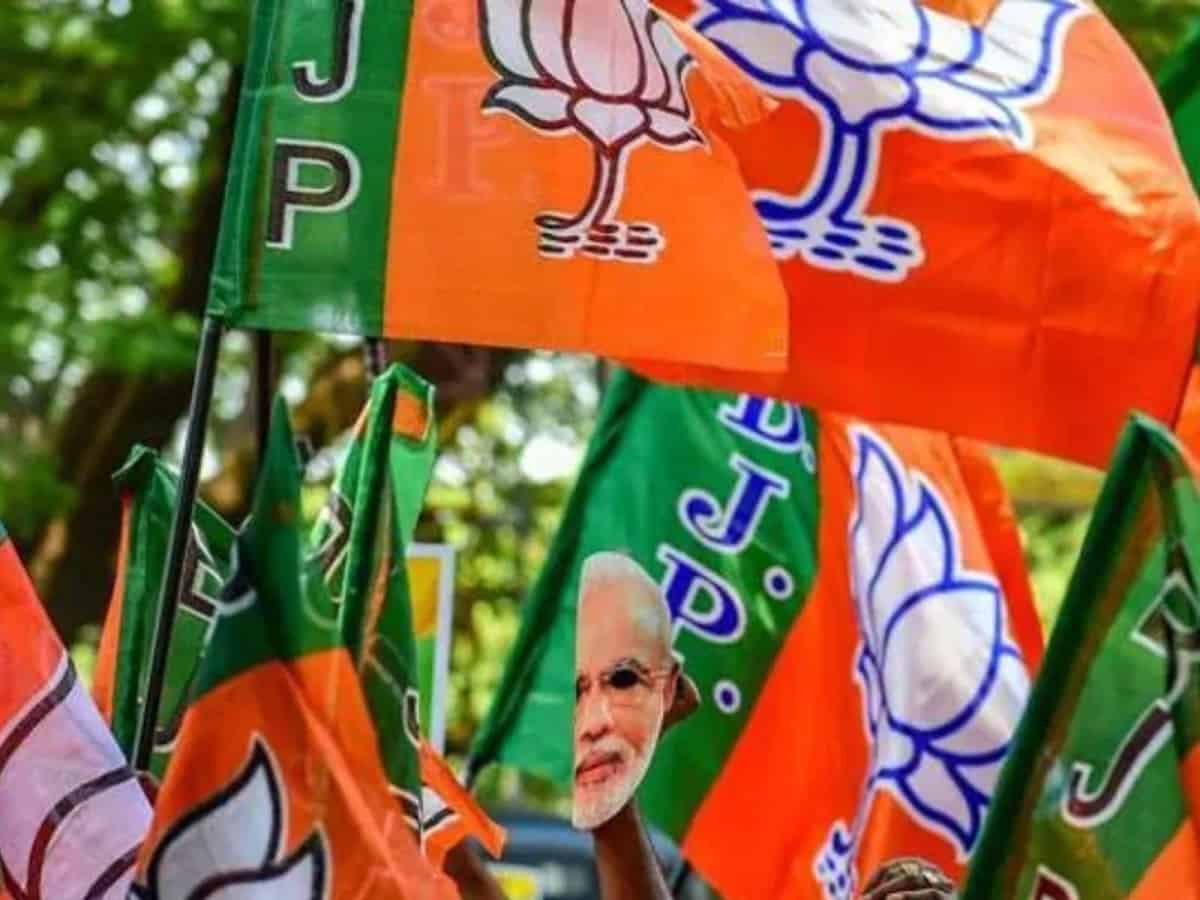 Hyderabad: With the next Assembly elections in Telangana increasing the political heat, a section of BJP leaders have already started raising the bogey of bulldozers in state politics.

Telangana is scheduled to go to the polls at the end of next year.

As BJP apparently reaped electoral dividends with bulldoze politics in Uttar Pradesh, political observers say the Telangana unit of the saffron party may also try to use it to achieve its aim through polarisation.

Controversial leaders like BJP’s floor leader in Assembly Raja Singh are making no bones about their intentions to use bulldozers against their political rivals in Telangana if the saffron party is voted to power in the state.

Pursuing aggressively its Mission 2023, BJP wants Telangana to be its second gateway to south after Karnataka.

With victories in two Assembly by-elections in 2020 and 2021 and its impressive performance in 2020 polls to Greater Hyderabad Municipal Corporation, the saffron party has been projecting itself as the only viable alternative to Telangana Rashtra Samithi (TRS).

BJP has turned the heat on KCR-led BJP government with the state chief Bandi Sanjay Kumar’s Praja Sangram Yatra and the visit by several Central leaders of the party including national president J. P. Nadda and Union Home Minister Amit Shah. They believe that people of Telangana want a double-engine growth, a reference to the same party rule in the state and at the Centre.

Political observers say BJP leaders have always raised the controversial issues with an eye on the votes of the majority community. The party leaders are apparently keen to cash in on the communal sentiments which are believed to be strong in some pockets of Hyderabad and few other urban centres in the state. The party is already under attack from TRS, Congress, and other parties for creating communal divide.

In this context, it was no wonder that Raja Singh was quick to lap up the bulldozer talk to drive home the message. A member of Assembly from Goshamahal constituency in Hyderabad, the controversial leader sparked a row with his tweet amidst the Uttar Pradesh Assembly elections in February.

The firebrand leader had released a video after the second phase of polling in Uttar Pradesh, threatening voters that if they do not cast their votes for BJP, then their houses will be demolished and they will be driven out of the state.

He had voiced concern over “huge voter turnout in some areas” of Uttar Pradesh during the second phase of polling. He alleged that Uttar Pradesh Chief Minister Yogi Adityanath’s enemies came out in large numbers to cast their votes. He appealed to “Hindu brothers and sisters” to come out in subsequent phases.

Taking a serious view of the video, the Election Commission of India issued him a show cause notice asking why appropriate penal action under criminal law should not be initiated against him.

When the MLA did not respond to the notice within the stipulated time of 24 hours, the poll panel ordered the Chief Electoral Officer of Telangana to register a First Information Report (FIR) against the MLA against relevant sections of the Indian Penal Code and the Representation of the People’s Act.

An FIR was registered against Raja Singh under Sections 171 C and 171 F of Indian Penal Code, and Section 123 of Representation of the People Act.

Stating that the MLA violated Sections 171 C and 171 F of Indian Penal Code, section 123 of Representation of the People Act and Model Code of Conduct, the poll panel deplored the statements made by Raja Singh and censured him for the violation.

The Commission also prohibited the MLA from holding any public meetings, processions, rallies, road shows, interviews, and public utterances in media in connection with the ongoing elections for 72 hours.

After BJP retained power in Uttar Pradesh, Raja Singh made another controversial statement on the subject, this time targeting TRS and Asaduddin Owaisi-led All India Majlis-e-Ittehadul Muslimeen (AIMIM) which has a strong hold in Hyderabad.

The firebrand MLA remarked that Amit Shah is sending a bulldozer to Telangana. “The way Yogi ji used bulldozer against mafia in Uttar Pradesh, under Sanjay’s leadership, bulldozer will be used in Telangana definitely against these goondas and AIMIM. No goonda or mafia will be spared in Telangana,” he said at the victory celebrations organised by the party’s state unit.

A few days later, Raja Singh urged people to make a list of TRS’s corruption, encroachments of lands, properties, etc. so that these structures could be bulldozed.

“A strong bulldozer will come to Telangana too to tear down the corruption of TRS like Yogi Adityanath ji ended the mafia in UP. I appeal to the public to identify all the corrupt activities and encroachment of public and private properties, land of poor and farmers by the MPs, MLAs, and ministers of TRS,” said the MLA.

Exuding confidence that BJP will form the next government in Telangana, Raja Singh said the party was readying the bulldozers. “We are planning one for every constituency,” he remarked.

Some political analysts believe that while bulldozer politics apparently yielded BJP good dividends in Uttar Pradesh, its impact in Telangana may be confined to few urban pockets.

“BJP unfortunately has reaped benefits from bulldozer politics in UP. A section of the population in this country thinks there are many illegal occupants of public spaces and they also believe that a majority of these occupants belong to a minority community against whom they developed a certain degree of hatred. With BJP in UP gaining political dividends from this thought process, party units in other states want to follow the same path,” said political analyst P. Raghavendra Reddy.

He believes that BJP might consolidate a small section of the votes in their favour in this manner in every state.

“Coming to Telangana, the same reasons and fears which BJP use to create a Hindu-Muslim divide will translate into bulldozer politics here. As long as people from the majority community believe demolition of homes and business establishments is the right approach, BJP will gain from it. While these numbers might be large in north Indian states, it might not be as much in Telangana,” he said.

The analyst is of the view that the saffron party might showcase underdevelopment in the old city of Hyderabad. To play bulldozer politics, it might not be the same as in other districts and talukas.