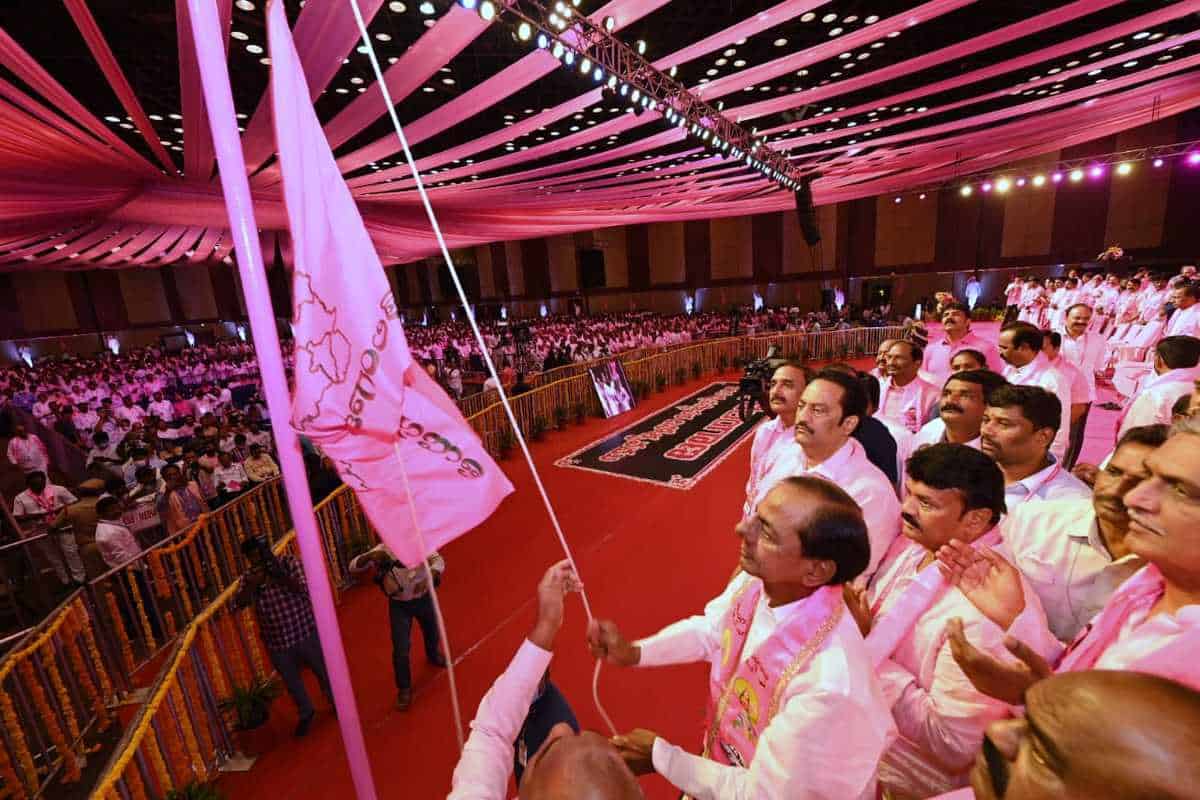 Hyderabad: Amid a war of words between the Telangana Rashtra Samithi (TRS) and Bharatiya Janata Party (BJP) over the early assembly polls in the state, a survey conducted by AARAA Poll Strategies Pvt Ltd. predicted that TRS would safely record a hat trick win.

As per the survey, although, the vote share of the pink party may decrease, it will form the government if the elections are declared immediately.

In terms of percentage, TRS’s vote share reduced from 46.87 percent in the 2018 Assembly elections to 38.88 percent whereas, the saffron party’s vote share increased from 6.98 percent in 2018 to 30.48 percent, the survey mentioned.

On the other hand, though BJP will improve a lot when compared to the performance in the previous assembly polls in the state, it will not be able to form government in the state.

In the last assembly polls in the state, Congress emerged as runners-up. However, in the upcoming polls, the country’s oldest party will see a fall in its vote share.

The survey which was done in all the 119 assembly constituencies in three phases since November 2021 also mentioned that TRS has 87 strong candidates whereas the number of strong candidates in Congress and BJP are 53 and 29 respectively.

It also has good news for Bahujan Samaj Party (BSP). It predicted that the vote share of the party will increase to five percent in the state. YSRTP of Y. S. Sharmila will get support from a few sections of people, especially from erstwhile Nalgonda and Khammam districts.

Bad news for BJP and AIMIM

Though TRS will be able to form the government for the third time if polls are conducted immediately, the survey has bad news too for the pink party. It mentioned that most youth aged between 18 and 35 are in favour of the BJP.

In Malakpet and Nampally Assembly segments, BJP is expected to give a tough fight to AIMIM candidates, the survey predicted.