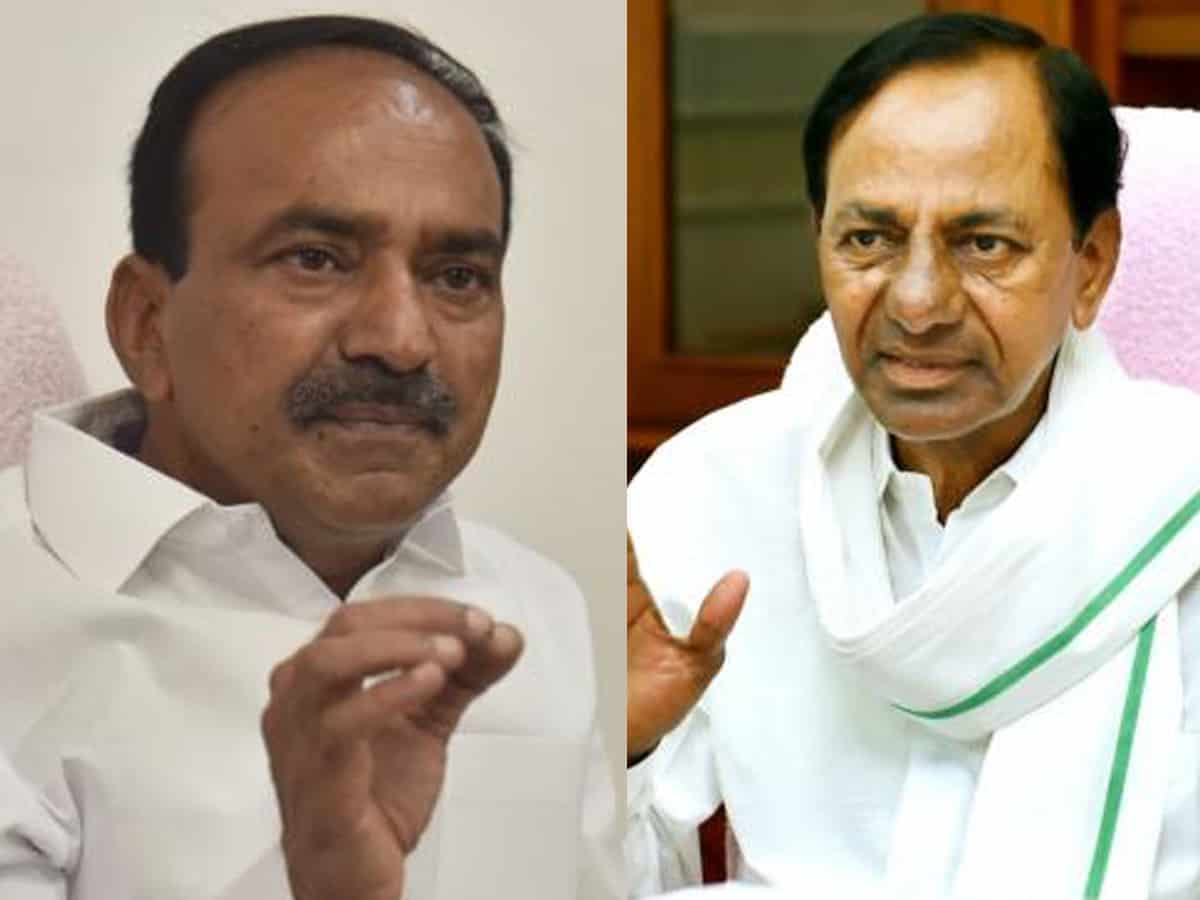 Hyderabad: Huzurabad MLA Eatala Rajender on Saturday said that he would take on Chief Minister K Chandrasekhar Rao in Gajwel Assembly Constituency in the next election.

In an informal chat with media persons here on Saturday, the Bharatiya Janata Party MLA said that he had informed the party high command about his decision to contest against KCR.

“I have already started a serious ground work to prepare the next Assembly election in Gajwel. There is a need of defeating KCR and I am following the footsteps of BJP leader Suvendu Adhikari who defeated West Bengal Chief Minister Mamata Banerjee during the last Assembly elections,” Eatala Rajender said.

The former Minister leader alleged that the Chief Minister had turned into a real estate broker and was doing business with the acquired lands.

“KCR is selling the lands to the pharmaceutical companies for the crores of rupees after buying them at the lowest rate around ₹10 lakh per acre from farmers. The Chief Minister is planning to win the elections by spending money earned from the sale of the lands,” Etela alleged.

Stating that the BJP will stand by the poor in order to protect their assigned lands, he urged the Dalit Associations to come together and launch a tirade against the TRS government on the issue.

Criticising the State government for failing to resolve the issue of Podu lands, Eatala Rajender said that the Podu land problems would be solved immediately if the BJP comes to power in the next Assembly election in Telangana.