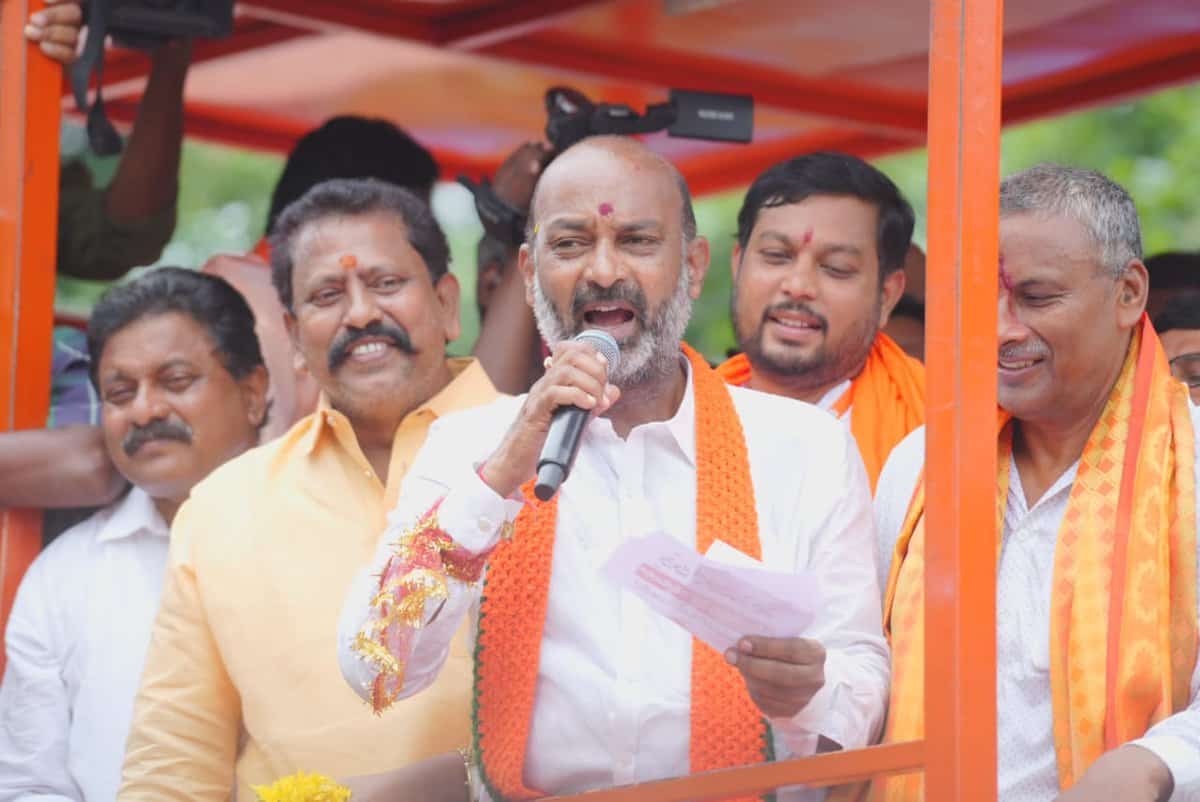 Hyderabad : Telangana Bharatiya Janata Party chief Bandi Sanjay on Wednesday accused the ruling TRS of “expanding the Popular Front of India footprints” in the state with the support of AIMIM.
The BJP leader alleged that the PFI was “conspiring to create terror in Telangana by indulging in bomb explosions”.

Addressing a gathering at Nagole crossroads on the completion of his 100-day of Praja Sangrama Yatra foot march, Bandi said, “The PFI, which is a banned organisation all over the country, is operating with the blessings of the AIMIM leaders and it was the TRS government which is responsible for the expansion of this extremist organisation. Some TRS leaders are patronising the PFI by providing funds to it”.

Hitting out at Chief Minister K Chandrasekhar Rao, he asked if he was in his “slumber” till the National Investigation Agency (NIA) conducted raids on the PFI extremists.

“Why was KCR in his slumber till the NIA conducted raids on the PFI extremists, who were operating under the guise of gym instructors and voluntary organisations?” he asked.

Stating that the BJP would go all out to bring about unity in the Hindu society and protect the Hindu dharma, the BJP state president said if given a chance to rule the state, the BJP would make efforts to weed out extremist outfits like the PFI.

Bandi Sanjay was addressing the crowd from the Uppal constituency while touring as a part of the ‘Praja Sangrama Yatra’.

The Telangana BJP President compared the Telangana CM with the Razakar militia founder ‘Kasim Rizvi’ and dared him to join hands with the MIM party.

“I challenge you “Kasim Chandrashekhar Rizvi”, if you want to bring MIM Party, please bring. Please decide the circle, place and time and we are ready to show our strength. But, if you will target my Hindu Dharma Rakshaks and ‘Gau Rakshaks’, we won’t leave you and you should keep it in mind,” Sanjay said while addressing the crowd.