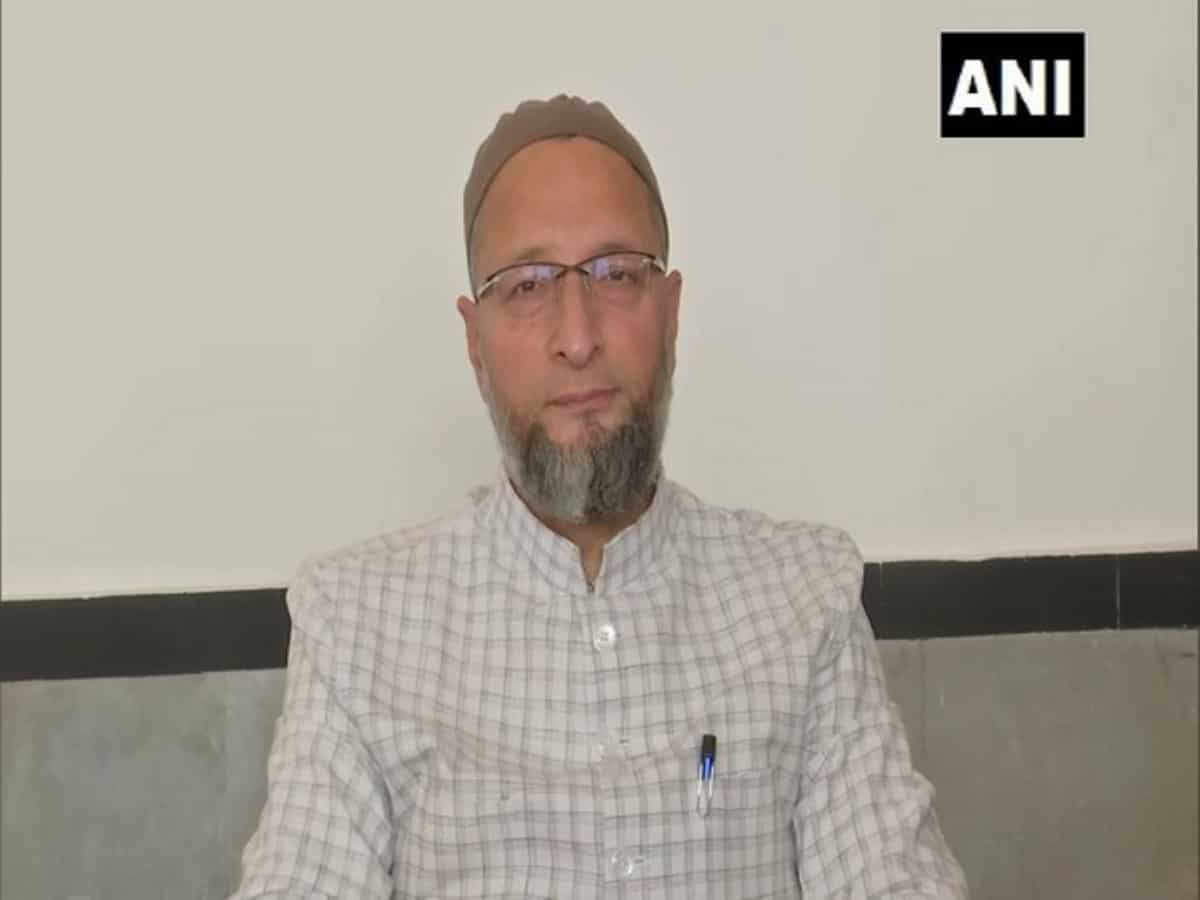 Hyderabad: Telangana Bharatiya Janata Party (BJP) spokesperson NV Subhash on Friday slammed AIMIM leader Asaduddin Owaisi for his comments attacking the Centre over the standoff with China following the commissioning of INS Vikrant and said he should not make “false statements”.

“Owaisi is giving provocative and false statements such as Chinese occupying 10 regions and Modi government not reacting to such acts. Instead of applauding the country on this special moment, Owaisi takes his usual stance of spreading negativity. He is not a security analyst and should drop his political posturing and, for once, should rejoice in the country’s success,” he said

“AIMIM and its leaders are always down with conflict-inducing mentality, provoking others in the name of religion and what not. Owaisi brothers should try to be more civilised regarding national interests,” he added.

Subhash emphasised that the Modi government is proactive on matters of national security.

He also said that the AIMIM leader should check the facts about the economic growth and other parameters before commenting on the Centre’s finances.

Owaisi had earlier targeted the Centre over the standoff with China in Ladakh, which has not been fully resolved, and hoped that the commissioning of INS Vikrant will give Prime Minister Narendra Modi “enough strength to take China’s name in the parliament”.

Owaisi also said that India needs a third aircraft carrier in view of growing security needs and alleged that the Centre was not giving permission for this.

The Prime Minister on Friday commissioned India’s first indigenous aircraft carrier INS Vikrant and said it is not just a warship but a testament to the hard work, talent, influence and commitment of 21st century India.

During the event, the Prime Minister also unveiled the new Naval Ensign (Nishaan), doing away with the colonial past and befitting the rich Indian maritime heritage. He dedicated the new ensign to Chhatrapati Shivaji.

“I also hope this INS Vikrant will give PM Modi the courage to speak up about China which has occupied 10 villages of our territory. Hope the INS will give him enough strength to take China’s name in the parliament,” Oswaisi said.

“While INS Vikrant was launched, we also have to think that we need a 3rd carrier aircraft but he (PM Modi) is not giving permission. That is because he has destroyed the economy of the country and has no money. We need 200 ships, but only have 130,” he added.