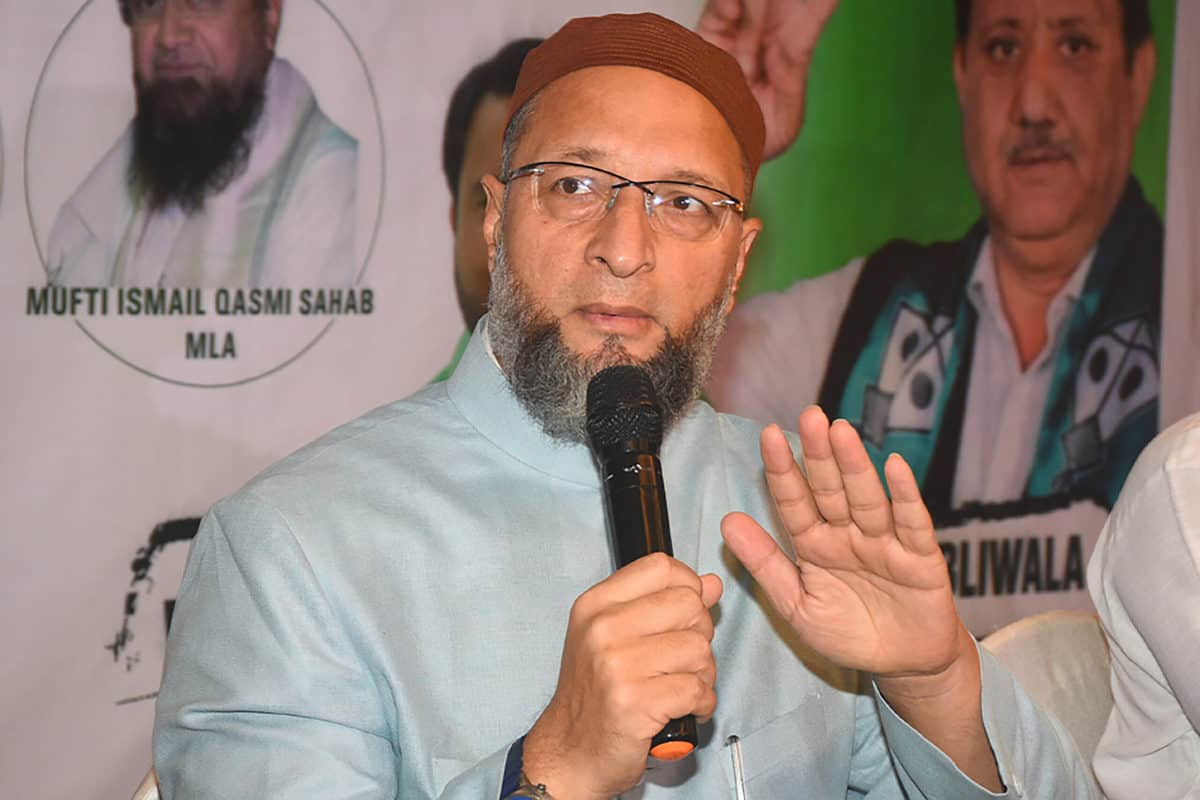 Hyderabad: AIMIM Supremo and Hyderabad MP Asaduddin Owaisi on Saturday wrote to Union Home Minister Amit Shah and Telangana chief minister K Chandrashekar Rao demanding that the celebrations of Hyderabad Liberation Day should instead be celebrated under the title of National Integration Day.

“The common Hindus and Muslims of erstwhile Hyderabad state were advocates of a united India under a democratic, secular and republican government. This is also reflected in the Sunderlal Committee report. The Committee was appointed by the Government of India to report on the situation after the merger of Hyderabad. The Committee also found that mass violence was committed against common Muslims living in these territories. I have attached the report for your perusal.

The struggles of the people of the erstwhile Hyderabad state against colonialism, feudalism and autocracy are a symbol of national integration rather than merely a case of “liberation” of a piece of land,” Owaisi wrote in the letter.

He said that what happened was the integration of princely states which were under the rule of Autocratic rulers like the Nizam of Hyderabad and the event happened because the people of the region were in support of the move.

“We have never opposed the celebration. There is no proof of any AIMIM leader who spoke in opposition to the celebration. You have to understand the history of Hyderabad. In it, the report of Pandit Sunderlal and Qazi Abdul Gaffar is also present. No individual is unhappy that our region is part of the Indian Union. People who weren’t happy left the country and those who love the land stayed back. The Government of India is celebrating the event for the first time.. isn’t it? Were they sleeping for the last eight years?” he asked.

Owaisi also announced that the AIMIM party will also organise a motorcycle ‘Tiranga’ rally in Hyderabad on September 16 to commemorate the same. “All party members including MLAs, MLCs and corporators of the party along with me will participate in the rally. We will organise a namaz and then take the bike rally towards Theegalakunta. The National Flag will be hoisted and a public meeting will be held,” he informed.

He also demanded that the names of Muslim freedom fighters Maulvi Allauddin, Turrebaaz Khan and Journalist Shoebullah Khan who died fighting the British in the war of 1857 in the erstwhile Hyderabad state be recognised.

In a clear push to politically capitalise on historical events, the Bharatiya Janata Party (BJP)-run central government will organise a year-long ‘celebration’ marking ‘Hyderabad Liberation Day’ starting from September 17. Union Home Minister Amit Shah has also been invited for the same. On that date in 1948, the erstwhile state of Hyderabad run by the Nizams was annexed to India.

In a letter addressed to the chief ministers of Telangana (K. Chandrashekhar Rao), Maharashtra and Karnataka, union culture minister G. Kishan Reddy invited them as guests of honour for the inaugural event of the ‘Hyderabad Liberation Day’ event in Telangana. The entire state, along with five districts of Maharastra and Karnataka, were part of the Nizam’s Hyderabad princely state.

The irony however is that the BJP did not exist when the state of Hyderabad was annexed with the military offensive called Operation Polo. In fact Telangana was mostly in control of the Communist Party of India (CPI). The Indian army was sent by the Centre on September 13 after negotiations with the last Nizam Mir Osman Ali Khan fell through after independence. The state was formally annexed to India on September 17.

More importantly, the annexation is also a painful memory for many Muslims in the Hyderabad state, given that there was a massacre of thousands from the community after the Indian army took over the state. The atrocities against Muslims are well documented in the Sunderlal Committee (set up by India’s first PM Jawaharlal Nehru) to look into the atrocities of Muslims) report.

The BJP union minister in his letter also noted that parts of Maharashtra and Karnataka which were under Nizam’s territory already observe ‘Marathwada Liberation Day’ and ‘Hyderabad-Karnataka Liberation Day’ every year. Every year the Bharatiya Janata Party’s state unit has also been demanding the current Telangana Rashtra Samithi (TRS) government observe ‘Liberation Day’ on September 17.