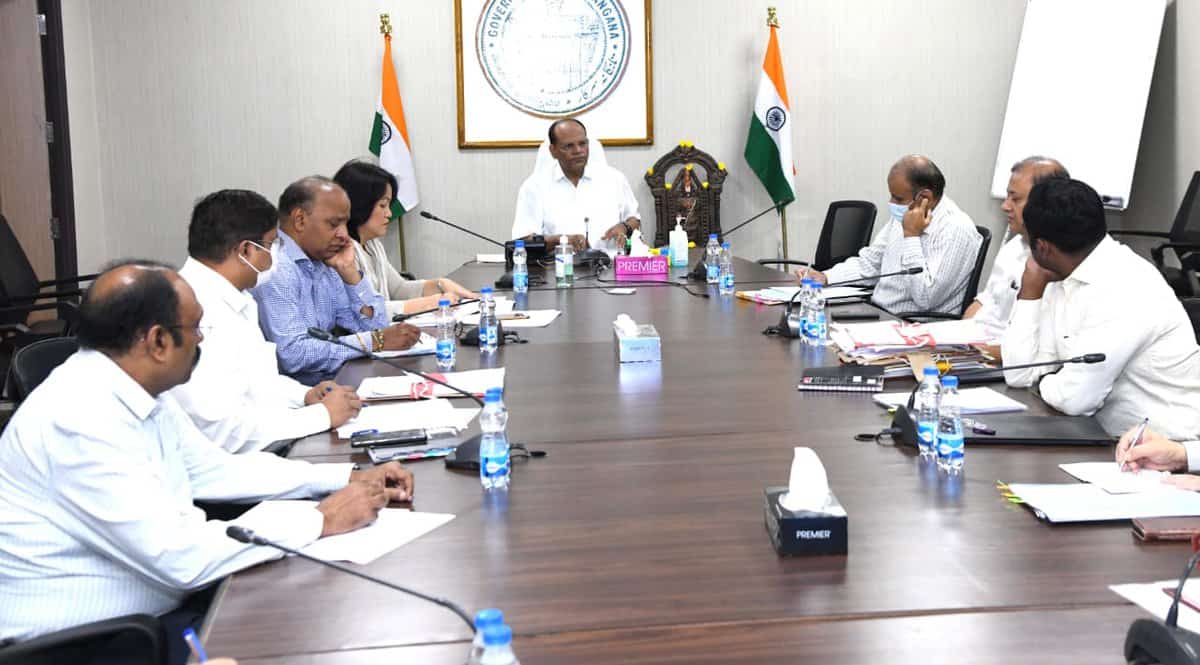 Hyderabad: As per the directions of the Telangana chief minister K Chandrashekar Rao to organise National Integration Day celebrations across the state from the 16th to 18th of this month, Chief Secretary Sri Somesh Kumar IAS held a meeting with officials at BRKR Bhavan on Wednesday and reviewed the arrangements.

He directed the officials to make elaborate arrangements to make the programme a grand success.

The chief secretary said that the chief minister will hoist the national flag at public gardens on the 17th of this month as part of the National Integration Day, along with inaugurating Banjara and Adivasi Bhavans.

A huge rally will be held from Necklace Road in which artists performing around 30 different art forms like Gussadi, Gond, and Lambadi dance forms will also participate. Later the chief minister will address a public meeting, a press note informed.